I cannot believe I am almost full term! I will be 37 weeks this Thursday, so after that baby can technically come anytime he wants. Although, I would prefer he takes his time. I've got too much I need to get done!

I am feeling pretty darn good, considering. The struggle getting out of bed in the morning is real though. Not because I am too tired, but because sitting up in bed after laying still for so long takes a lot of effort these days. And those first few steps are killer! The achy lower back, and baby settling onto your full bladder. Ugh! Thankfully once I am up and moving around I feel alright. I am still getting to the gym a few days a week, and fitting in a yoga class when I can. I've had to modify big time, but it still feels good to get in there to lift some weights and move my body. Even if it is moving rather slowly these days.

Baby is in a good position with his head definitely down. He moves all the time. I can always count on him waking up at just about 10pm, and I am counting on him being wide awake at 10pm once he is here.

I am so excited to share my maternity pictures soon! My cousin is newly into photography, and it worked out perfectly that she was in town a few weeks ago (she's living down in Virginia) to do a little photo shoot. In the past I've always just given one of my sister's my camera and said go for it, and they are great and I am so happy to have them, but it was fun having someone who really knew what she was doing take pictures. And they came out SO well! I will be sharing my favorites soon, but for now if you hadn't already you can check some out on her blog right here!

Here is the belly at 36 weeks! 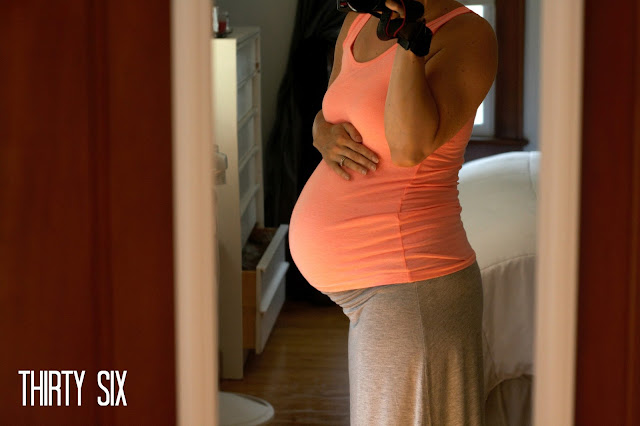 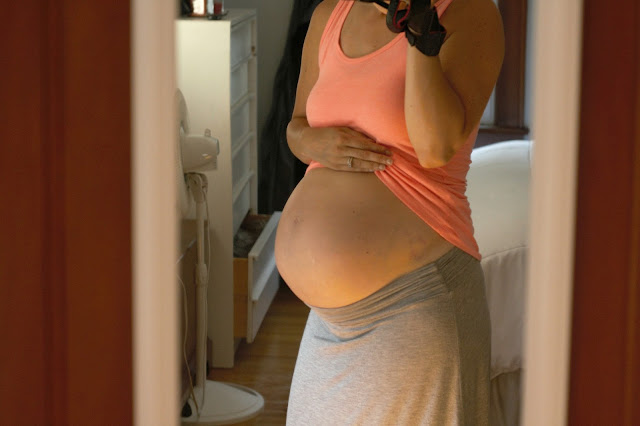 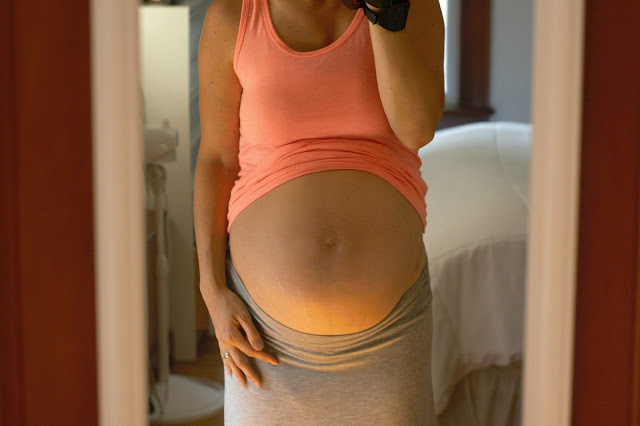 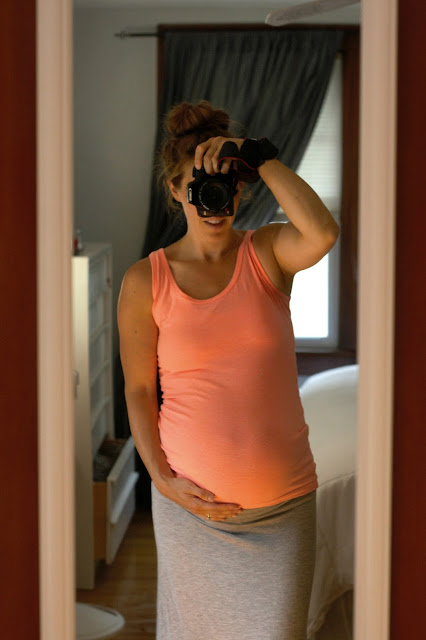 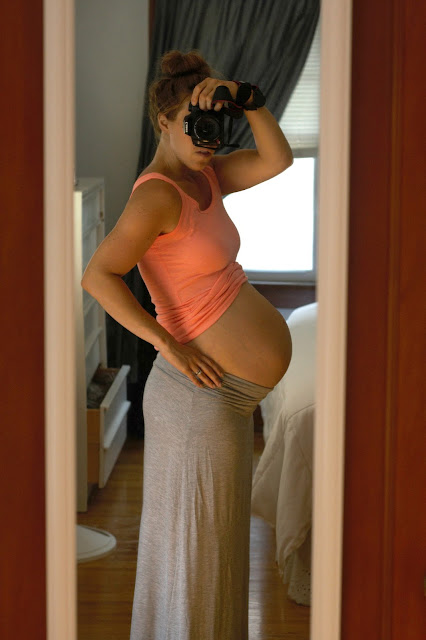 My sweet baby Charlie turned 3 years old today! He's been my baby the longest out of his brothers, and I am cherishing these last few weeks with him as my youngest. He is very much a mama's boy, although try and leave him out of an outing with daddy and his big brothers, and he will not be a happy camper.

He is a tough little guy. Although, I guess with two big brothers you don't have much of a choice! He loves crashing trucks, playing super hero's, riding bikes, playing any kind of sport, wrestling (oh the wrestling!) and basically anything his big brothers are doing. He can be such a brute sometimes. As soon as daddy gets down on the floor, Charlie starts pumping himself up for an all out attack. He'll go to the other side of the room, take his stance, put on his fighting face, and then take off after his prey. He loves going high, super high, on the swings. Not the baby swings either. The big boy ones. When I am pushing him (opposed to daddy) he'll go, "Sigh. No mom. That's not higher." All the while I'm cringing having pushed him so "high".

He is also the sweetest little boy ever. The "I love you sooooo much!" is constant throughout the day. He loves to snuggle and give kisses. He LOVES helping me in the kitchen. He'll sit up on the counter to mix, mash, and pour. Sneaking the occasional finger into the honey jar, and asking every few minutes for a hug. Dean and I just love hearing him talk, saying new phrases all the time. "Don't do that ever AGAIN!" when his brothers make him mad.

It's been two months since I cut him off from nursing and, his favorite, "touching my eat eat." He still asks for it every day. Not once have I given in, and he is still consistently asking, the stubborn little guy. I told him it's going to be for the baby, so he keeps asking when the baby is "going to come out and eat eat."

He is so much fun to be around, we all love him so much! Happy birthday, Charlie George! 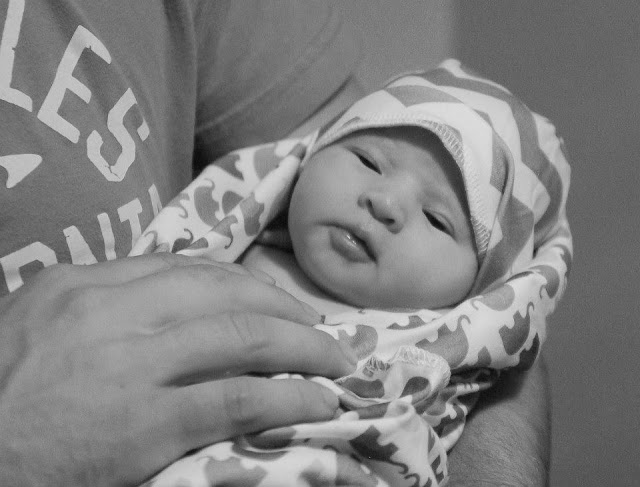 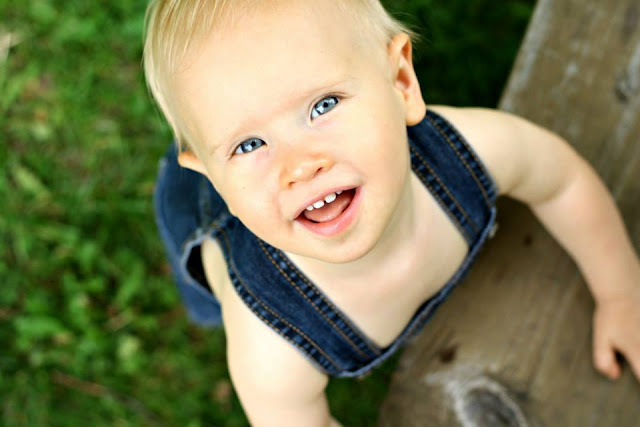 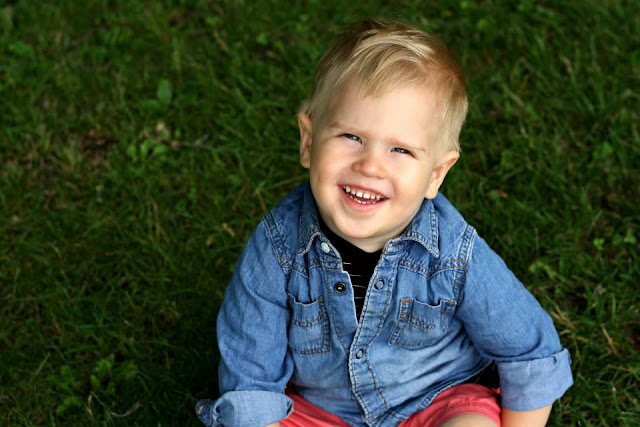 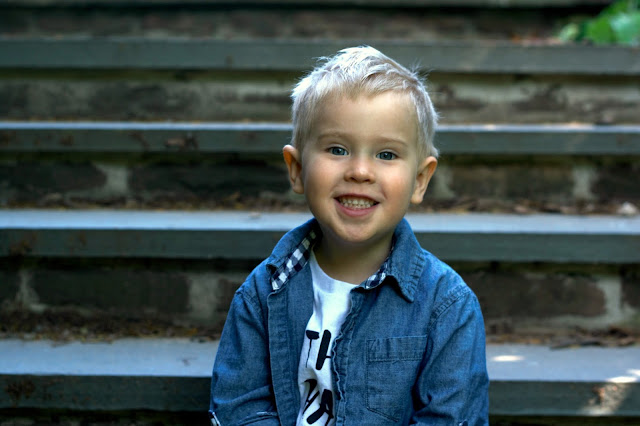 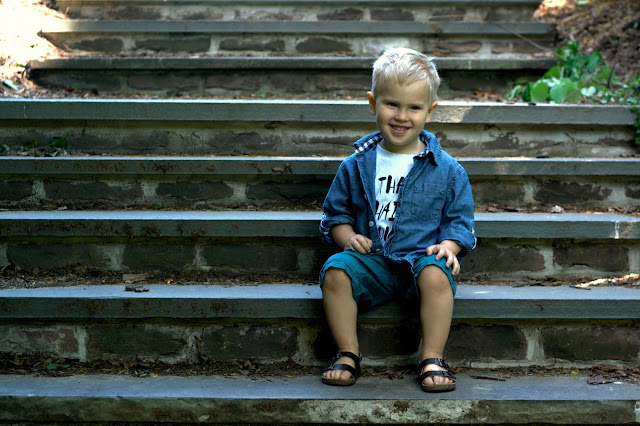 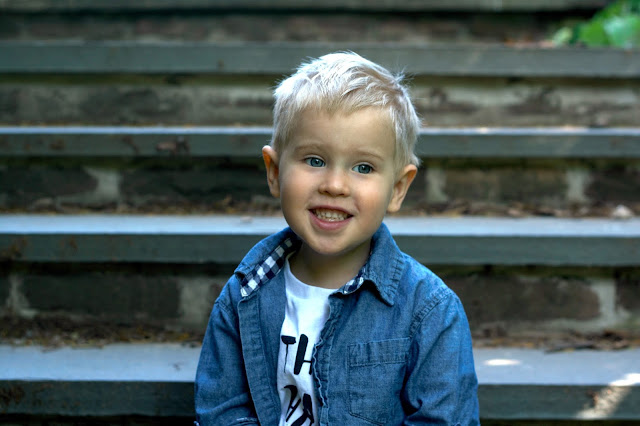 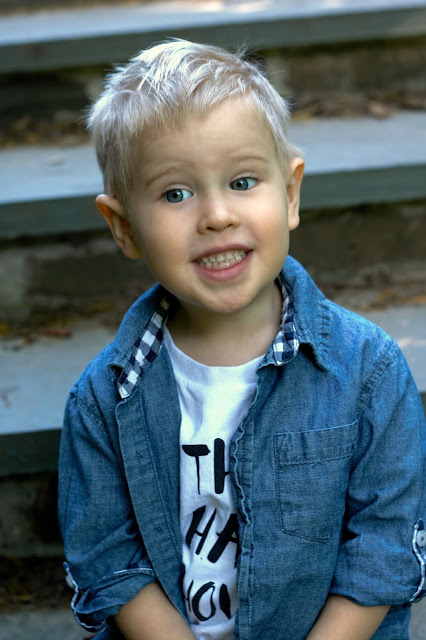 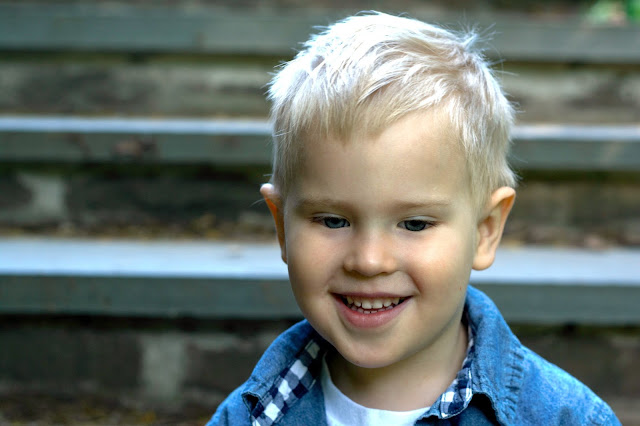 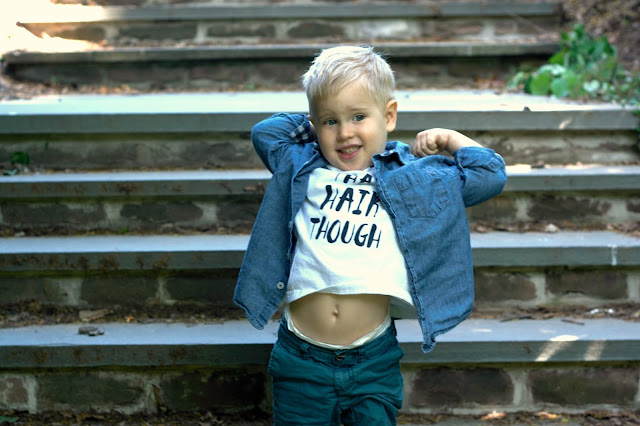 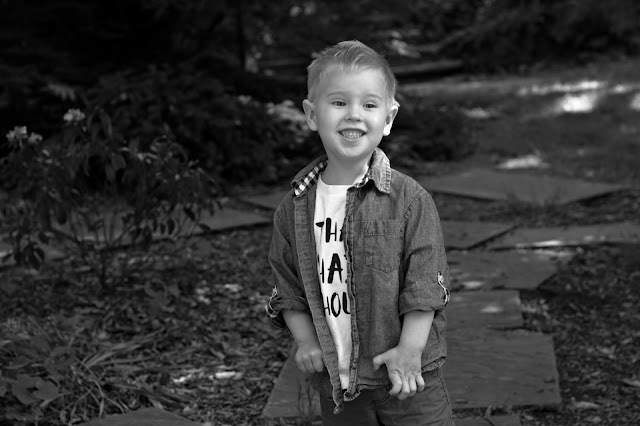 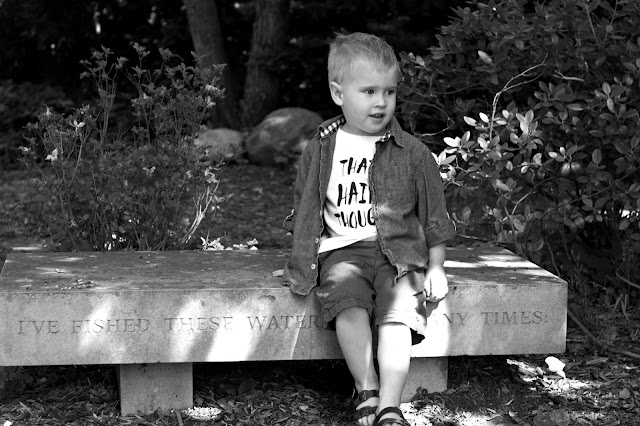 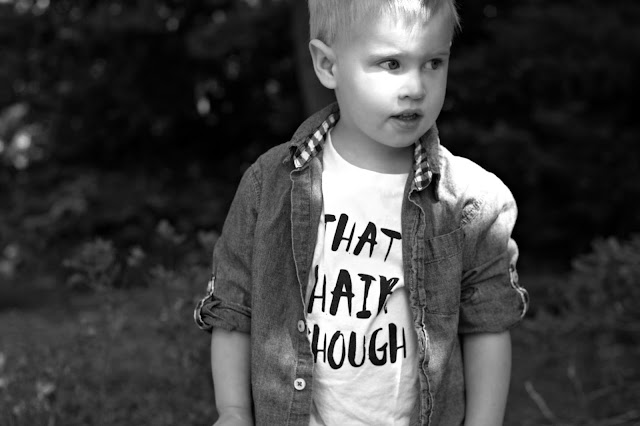 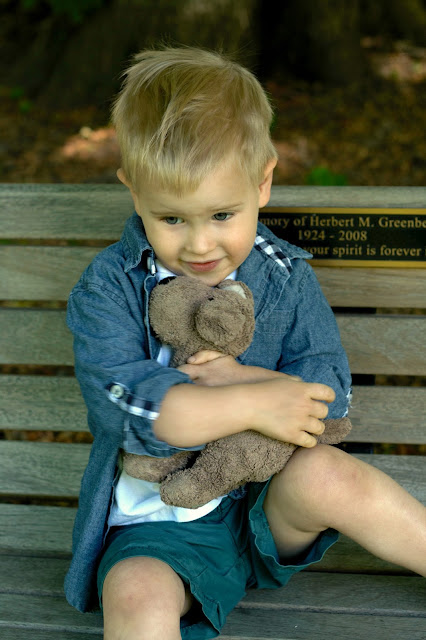 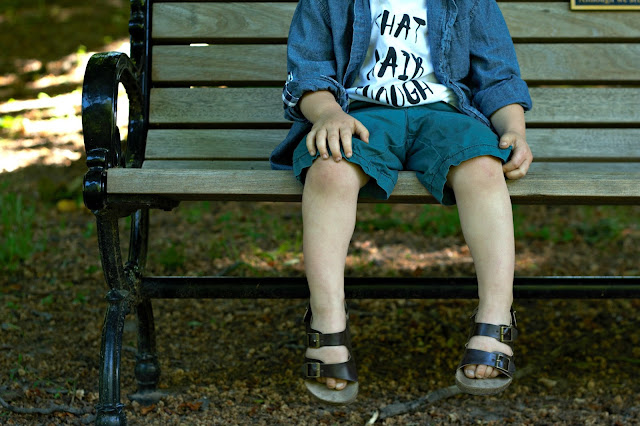 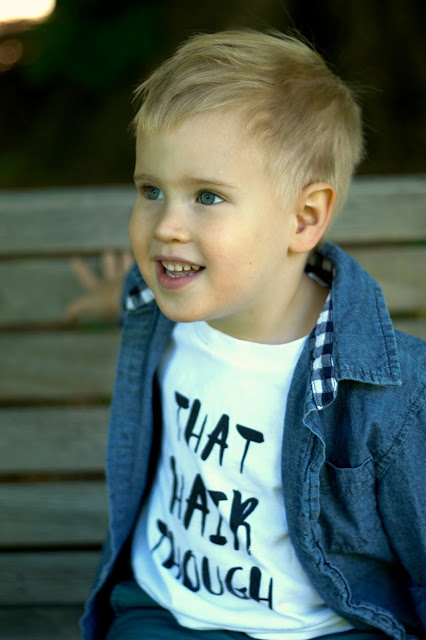 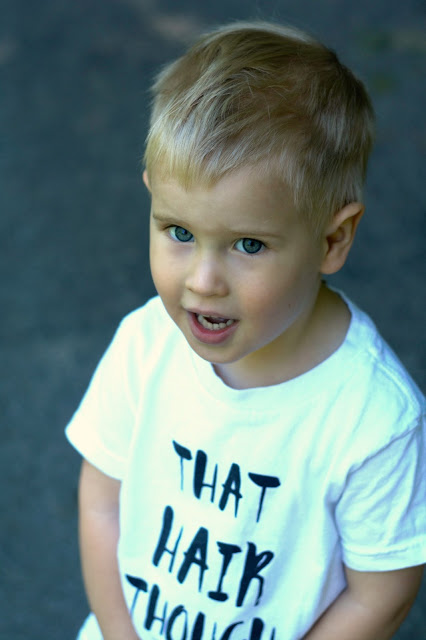 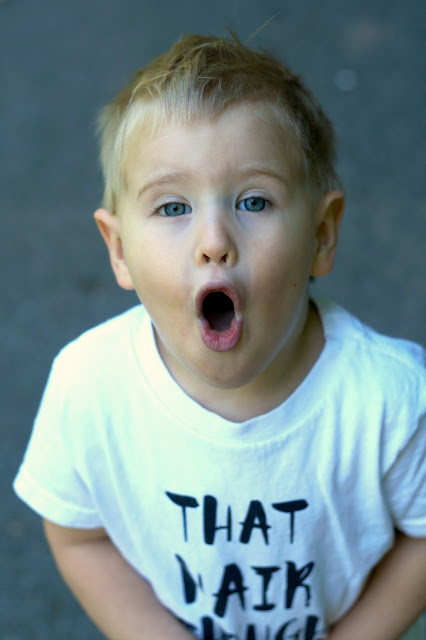 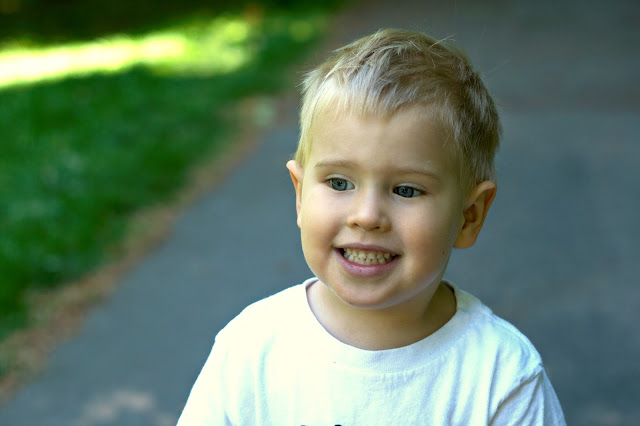 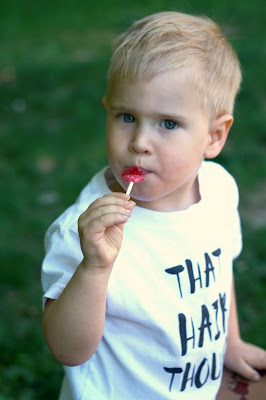 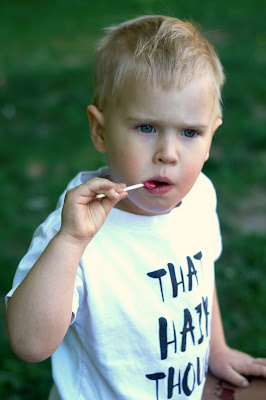 Again, I am a week late in posting this, so technically I will be 33 weeks tomorrow (although the pictures are from last week at 32)!

His head has definitely gotten lower, so am I feeling the extra discomfort from that. But I am feeling pretty well overall.

Other than that, nothing significant pregnancy related has happened. It really is all flying by way to fast!

I am totally bigger than I look in these pictures, I swear! 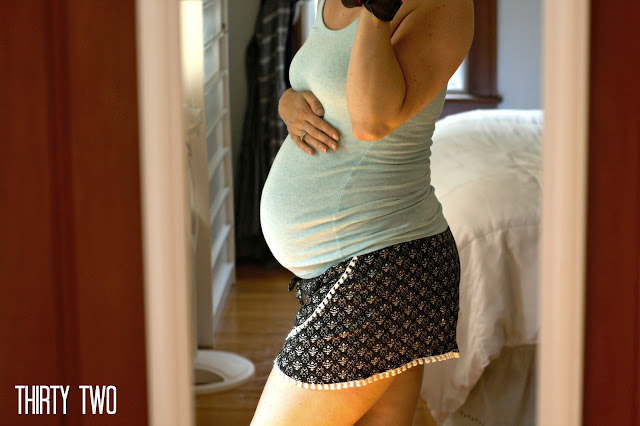 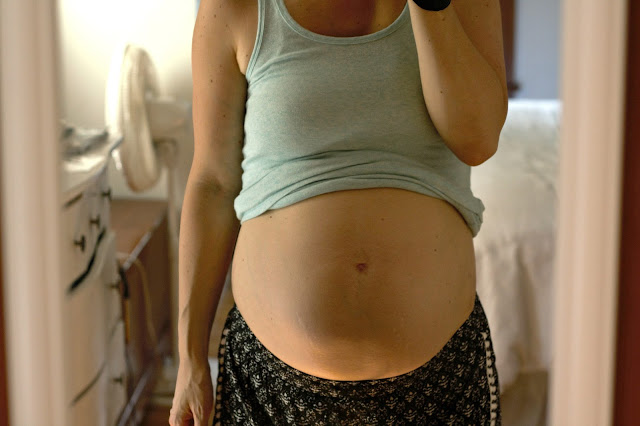 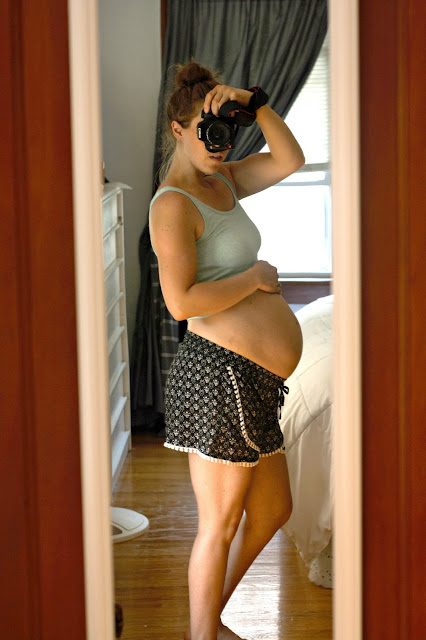