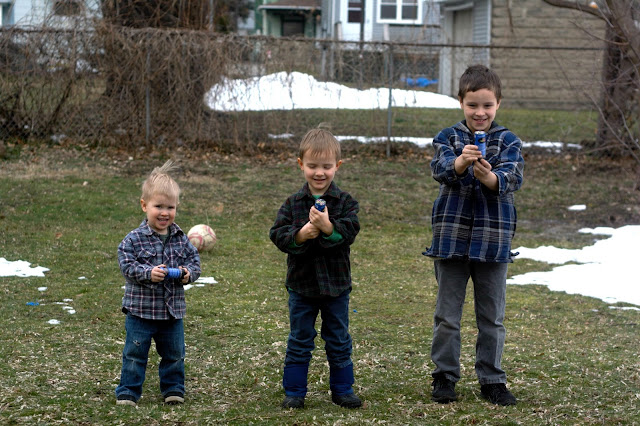 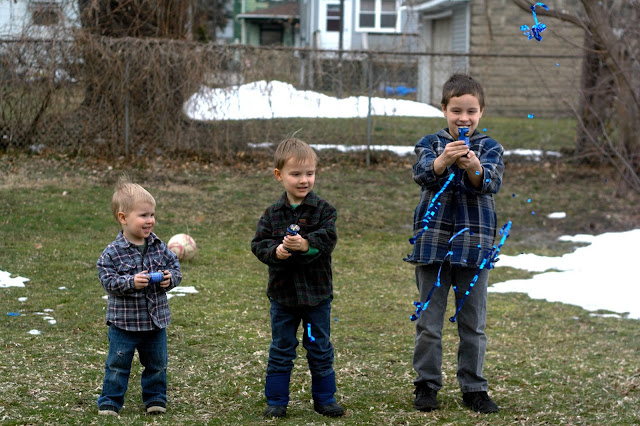 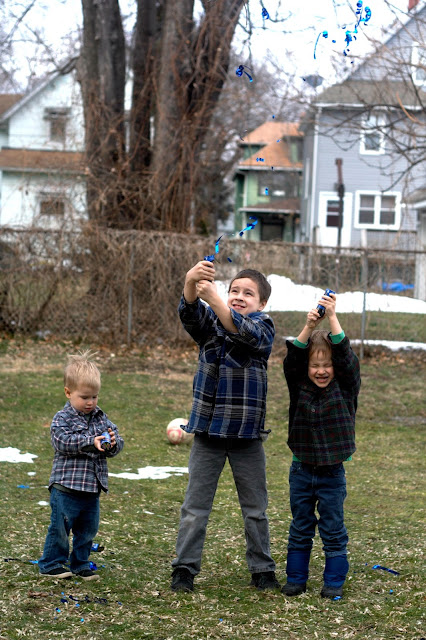 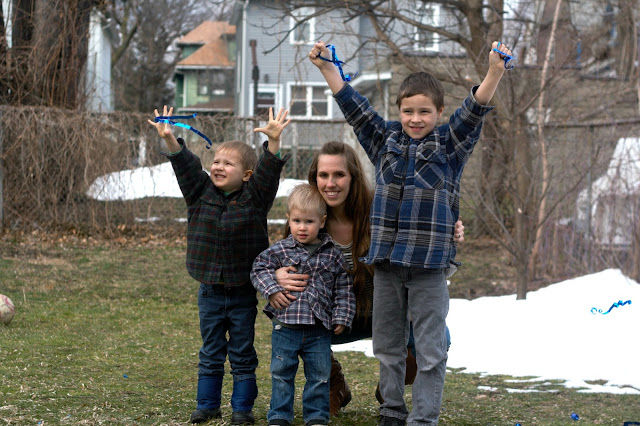 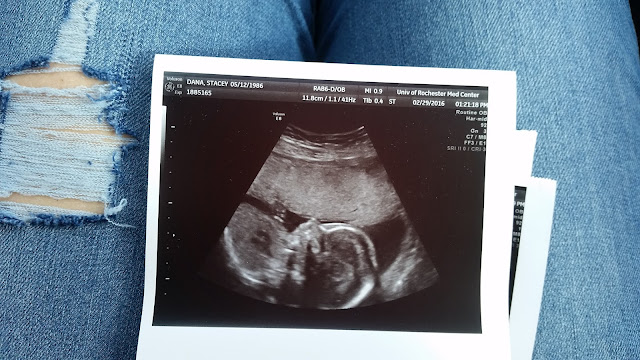 Sixteen weeks has me feeling SO much better than twelve! I've been nausea free for a couple of weeks now. My appetite is still pretty small, but I'm adding new things every week. My energy level is very low, and I get dizzy and lightheaded, especially in the morning. It's a very slow start to our day around here. First breakfast for me around 8am with some cuddles and screen time on the couch. Breakfast again around 9am/9:30am. Tidy up the house. Get dressed, and start school around 10am/10:30am. It will be nice to get back to a fuller, more productive schedule, but for now I am enjoying the slow (but still crazy!) days with my boys home with me. By the time dinner time comes around I am thoroughly exhausted.

Dinners rotate between hot dogs and mac & cheese, yogurt smoothies or fruit and toast. It's so hard to make myself make real dinners, when it all sounds disgusting to me still, but I think all the men in the house would appreciate something with more substance.

For the first time since November I actually went out somewhere yesterday other than my mom's or midwifes! It was nice to put on real clothes and a little make up and actually see other people. I made it through a quick run into Wegmans alive, even though it smelled like vomit, and Dean, the boys and I stopped and got some cupcakes. As anxious as I am to be able to get out of the house, part of me has been a little scared. I've passed out at a store before while pregnant, so of course I don't want that to happen again. Pushing myself to get out yesterday was a good ice breaker of sorts.

I can't say for sure if I have felt the baby move yet. I guess I was around 17 weeks along when I felt Charlie move, so any day now! I just scheduled my ultrasound for February 29th, and we are all so anxious to find out the gender! I've officially gotten my hopes up for a girl, and it's kind of not good! So far with each of my boys I felt like it was a boy right from the beginning, but this time I just don't know! For a couple of reasons I am leaning more towards girl, but it could easily be another boy as well. That's not to say I will be upset if it's another healthy boy. Of course it will be awesome have four boys. It'll just mean stashing away my baby girl nursery ideas and sewing projects list, and dragging out those baby boy clothes covered in puppy dogs and dinosaurs yet again.

My belly is slowly growing. Pants are getting tighter, and my shirts keep riding up, but I'm not quite ready for any maternity stuff I have.  I'm definitely in the awkward stage right now, and already feel way bigger than I am. I'm throwing in my fourteen week picture too, since that was my first one, but here I am at 16 weeks with baby #4 (with a surprise guest appearance)! 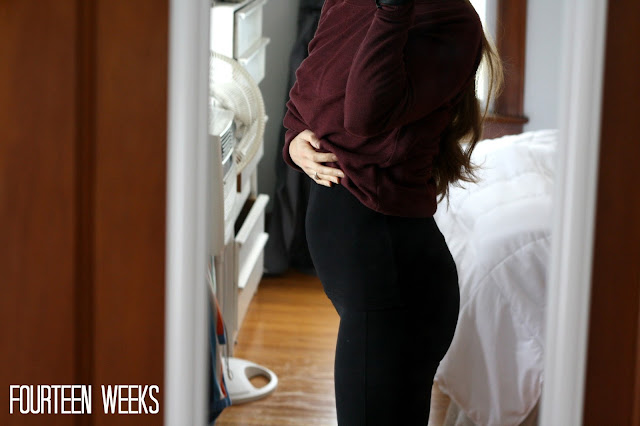 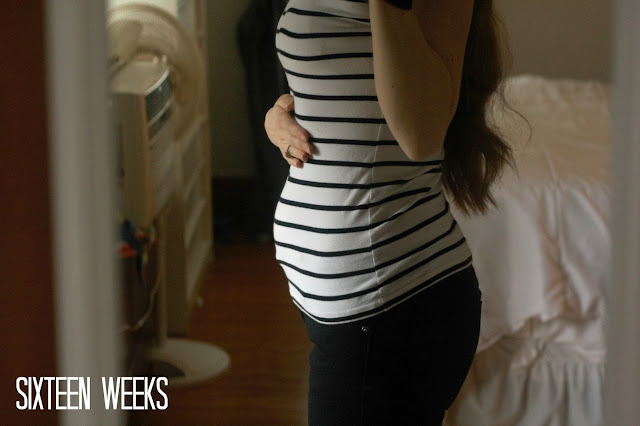 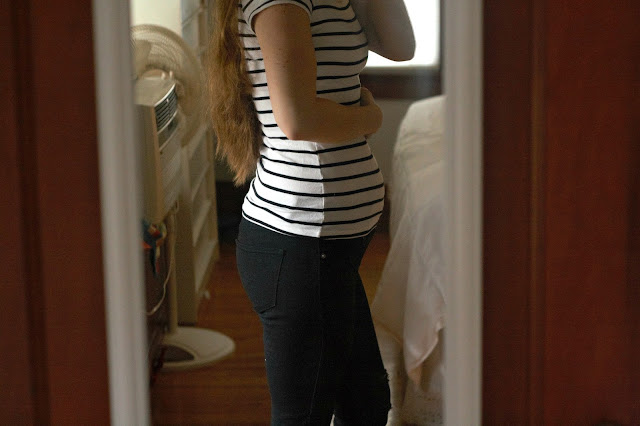 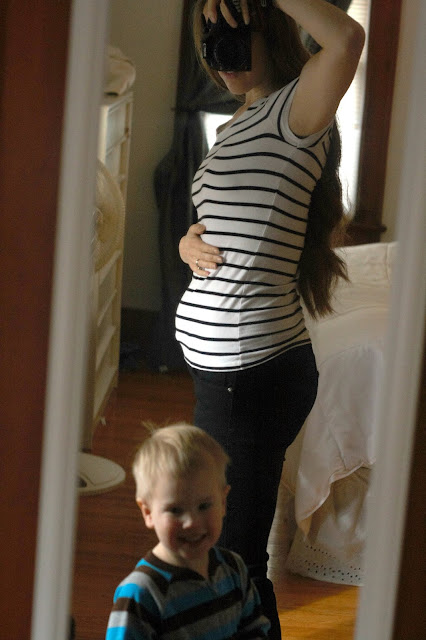 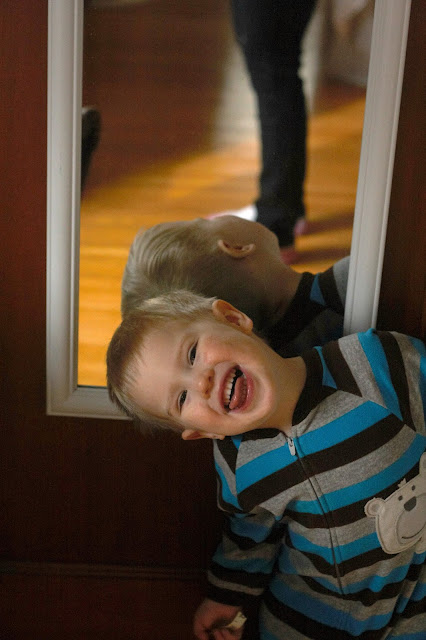 15 weeks with Sam
16 weeks with Charlie (and yes, I am wearing the same shirt)
Posted by Stacey No comments: