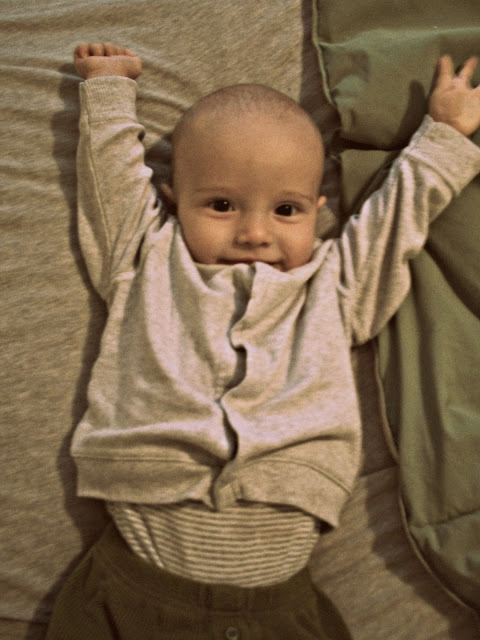 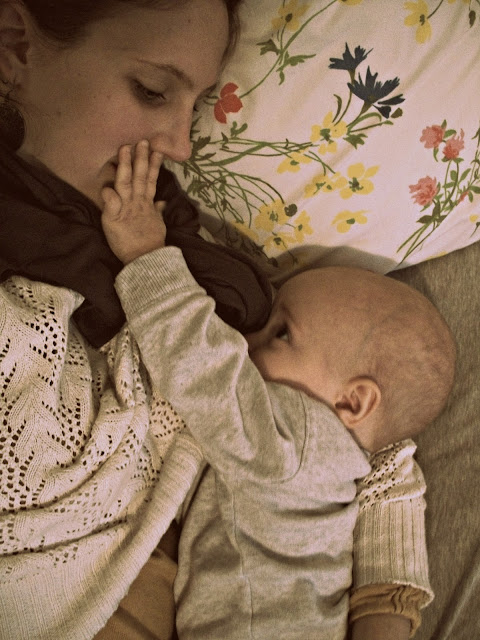 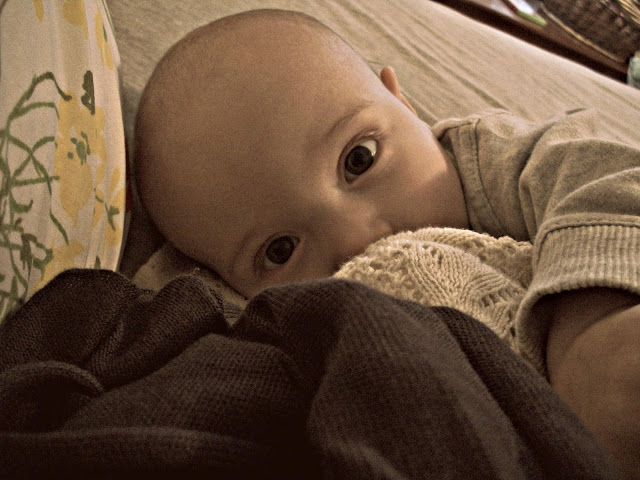 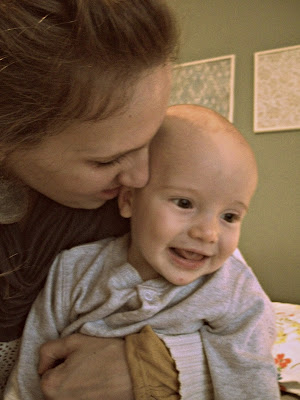 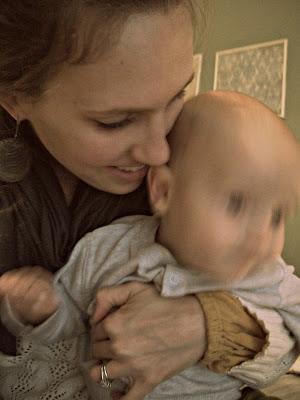 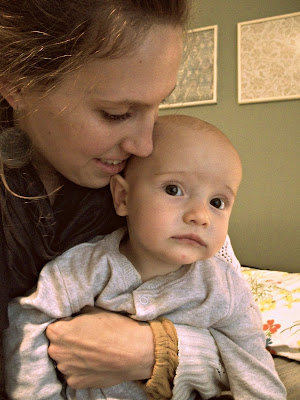 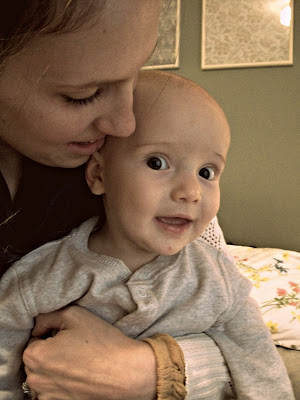 Sam is eleven months...and he doesn't look a day over 6. 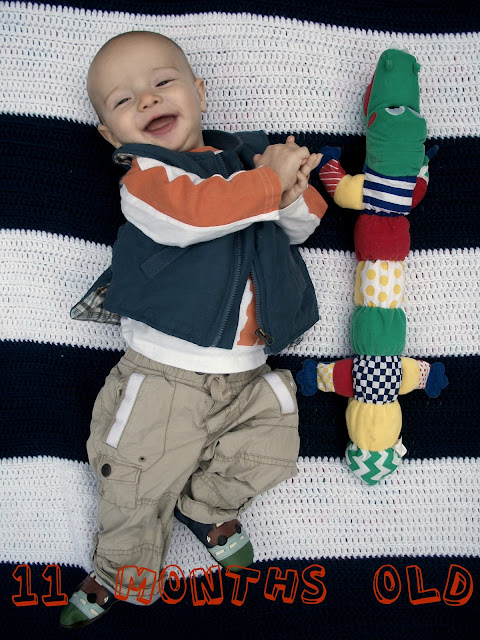 Really. This kid is so small. I try not to worry about it, but then maybe I should? I mean, we're not starving him. He eats a lot. He can easily eat half an avocado mashed with an egg yolk, mixed with yogurt and an entire banana for lunch. He still nurses 6ish times a day (usually just quick snacks), and usually once at night. He seems satisfied when he's done. I've occasionally given him bottles of a homemade formula, and starting next week I will make it an effort to give him 2 bottles a day (on top of nursing regularly) to see if that makes a difference. Can babies just have really fast metabolisms? Is it just his genes? I just don't know.

He has been a little behind in his milestones. He's just started pulling himself up to stand the past few weeks. Will took his first step at 11 months, yet Sam can't stand unassisted on his own.

Regardless, he is still cute and sweet as ever. He LOVES peek a boo. I may have said that last month as well, but it's still true. He will sit on my lap for forever playing it. 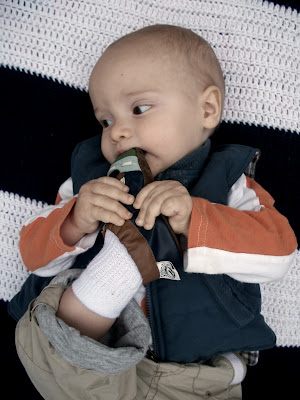 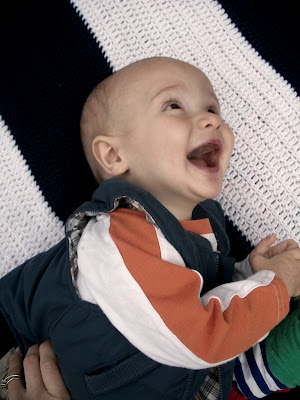 He loves to play with blocks, knocking down towers, and has been showing an interest in books lately, which is so cute! He also likes to sit on his knees, which I find so funny. 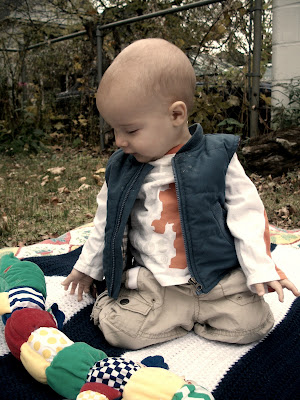 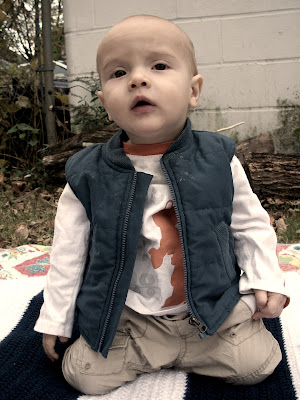 He loves when Will and I sing songs, and will clap his hands along with us!

As I mentioned above he is pulling himself up to stand, which means he's getting into even more things. 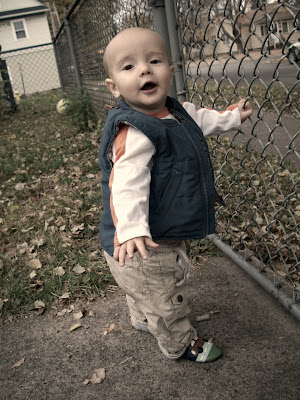 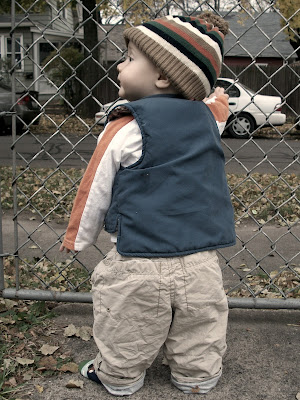 These two will be the best of friends. It makes me happy. 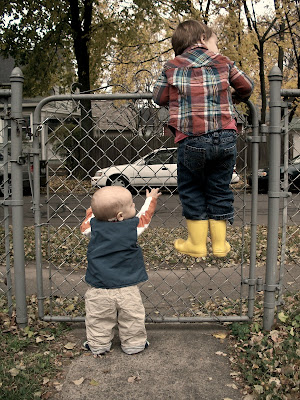 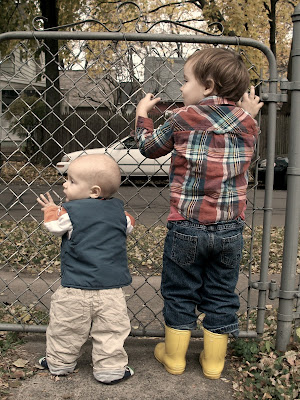 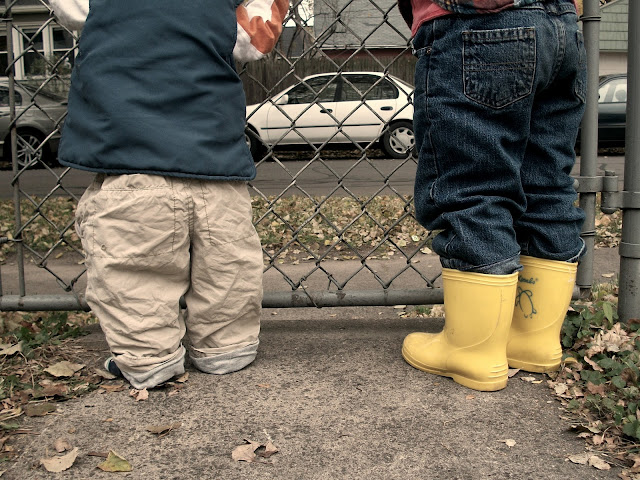 Yes, he is still bald. 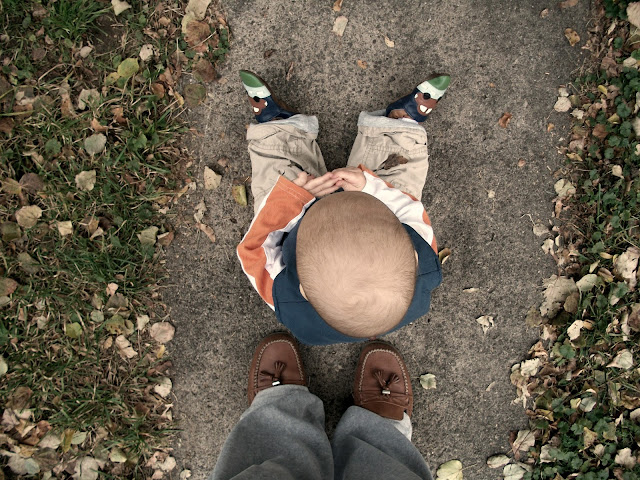 And still no teeth! 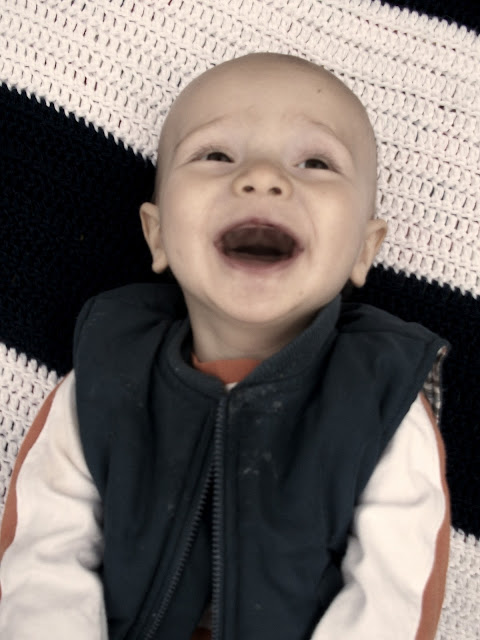 Update: I forgot! He is also saying Mama! 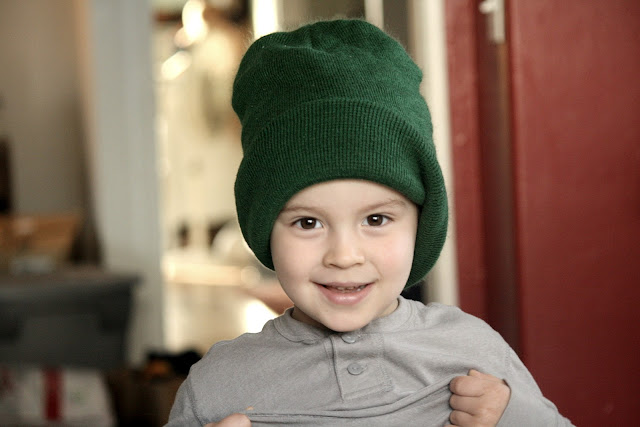 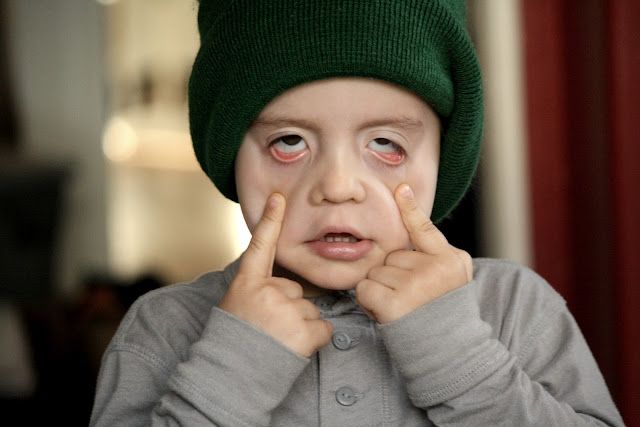 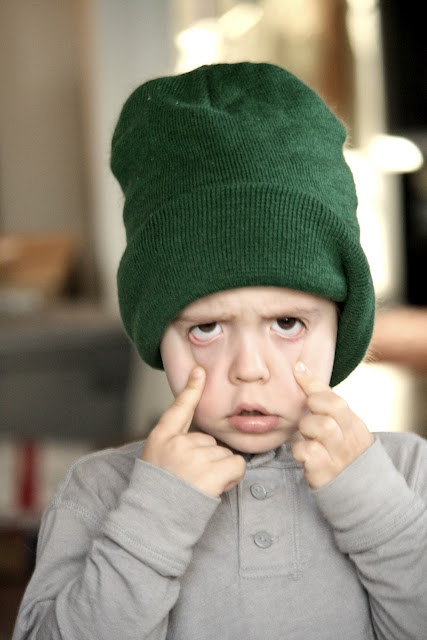 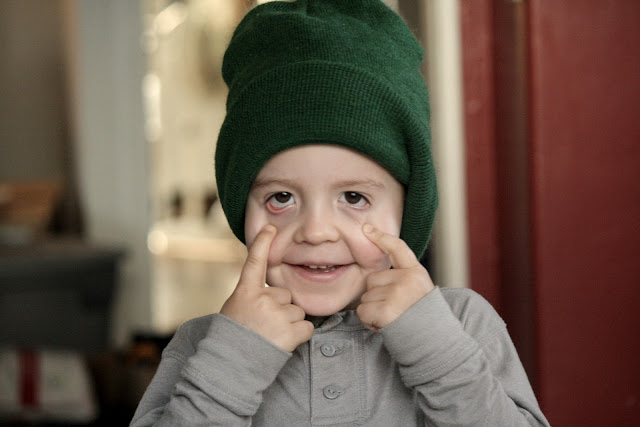 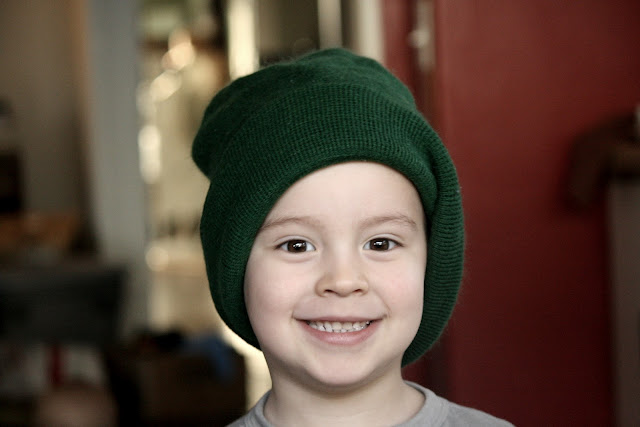 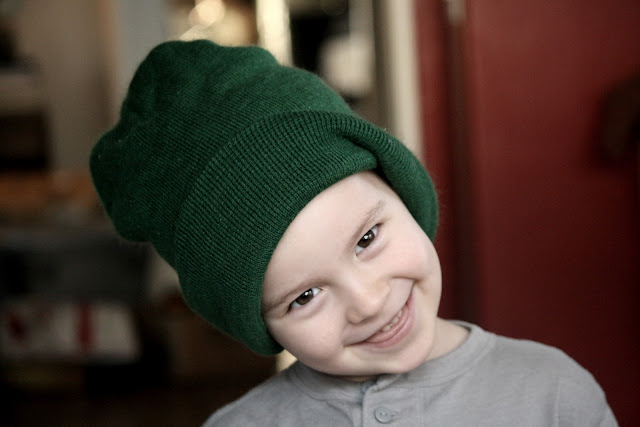