Being a mom to three {boys}: The first year

I have been asked many times by parents with one or two kids if the jump from two to three was as tough as "they" say it is. My response is neither a Yes or a No.

It has definitely been a challenging year, but I don't think the fact that I have three kids instead of two was the issue. After Charlie was born, it took quite awhile to adjust to being able to get anything done that didn't involve feeding the boys or changing diapers. But you know what? I went through that after Will was born, as well as with Sam. It wasn't a third child struggle as much as it was a new baby struggle.

I feel like whatever challenges I am faced with as a mom are going to happen whether I have 2,3 or 10 kids. And the thing about kids is....they grow up. The older they get the less needy and more independent they become. Yes, they will definitely still have their challenging moments, but they will also be able to dress and feed themselves. They can empty the dishwasher, sweep the floor, and clean up their own toys. I have Will help bring in almost all of the grocery bags which is a tremendous help. He also likes to push Sam and Charlie in the grocery cart which keeps him from complaining, and I am much more efficient finding what I need. As long as he doesn't crash into a chapstick display. That could really slow things down. Hypothetically speaking. They can give the baby his bottle/binky/blanky, so you don't have to stop and do it yourself every 5 minutes.

Overall, things are good as of late. All of their ages are so much fun. Will is almost 6 (!!!) and is really able to comprehend more and more every day, and we can have some more meaningful conversations. Sam is SO stinkin' CUTE. I wish I could strap a camera on him and just record everything he says and does. He is so loving, sweet and snuggly. I can't keep track of how many times a day he will say, "I yuv you mom" or come give me a hug. Charlie can be a lot of fun too, when he is in the right mood. He loves chasing his brothers around, and getting in on the ball playing or toy dinosaur fights. There are definitely days where I feel a complete lack of control. That there is so much fighting, and whining and what I say goes in one ear and straight out the other. Some days I am able to remain calm, and just stop and give hugs in the midst of chaos. Other days I yell. A lot. We are all pro's at the "I'm sorry for (insert offense here) will you forgive me" drill.

So, to all you moms in the throws of new baby hood. You are doing a great job! No one does it all, you hear me? It will get easier.

And now, some cute pictures of my boys taken a few weeks ago after church... 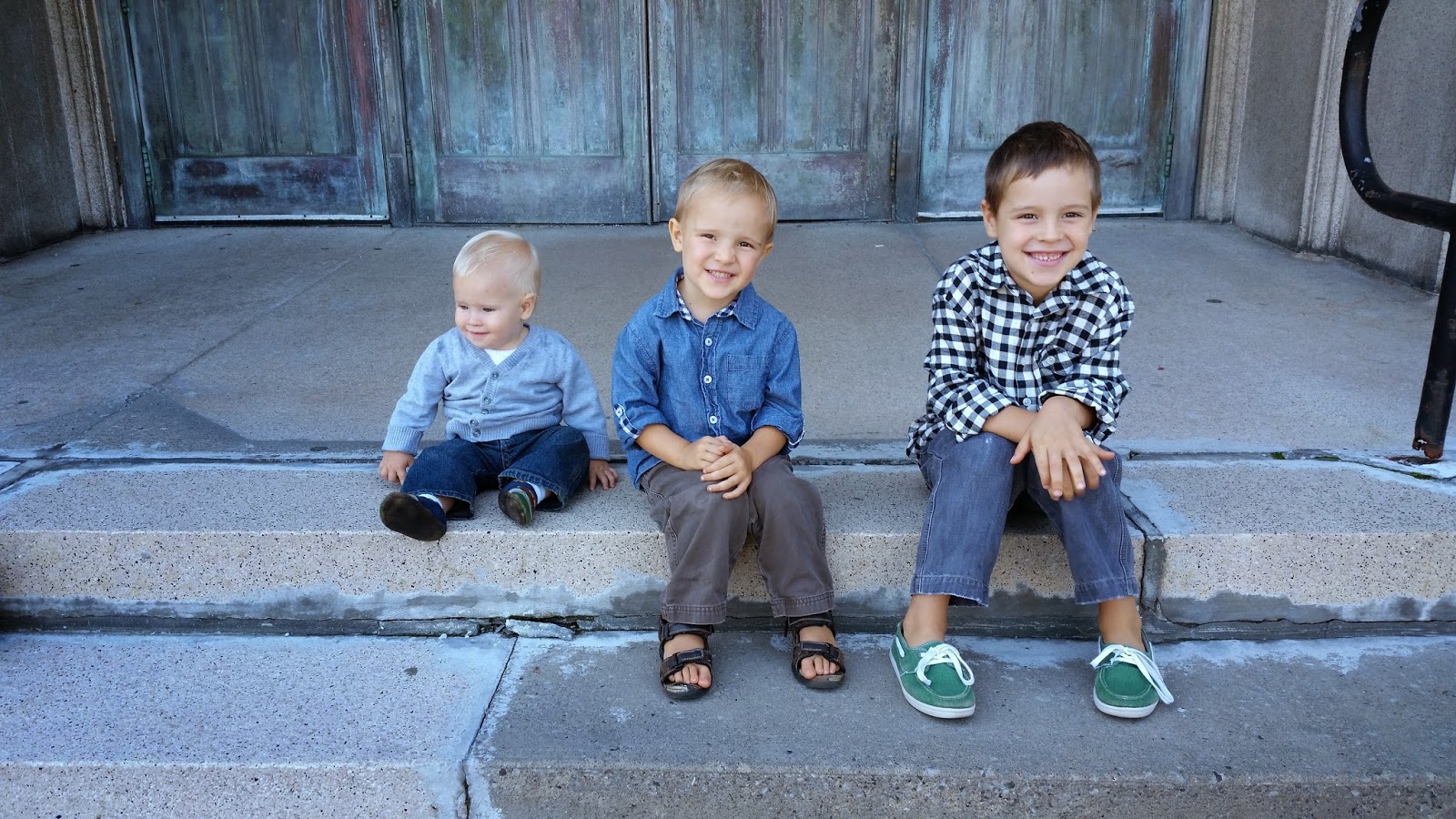 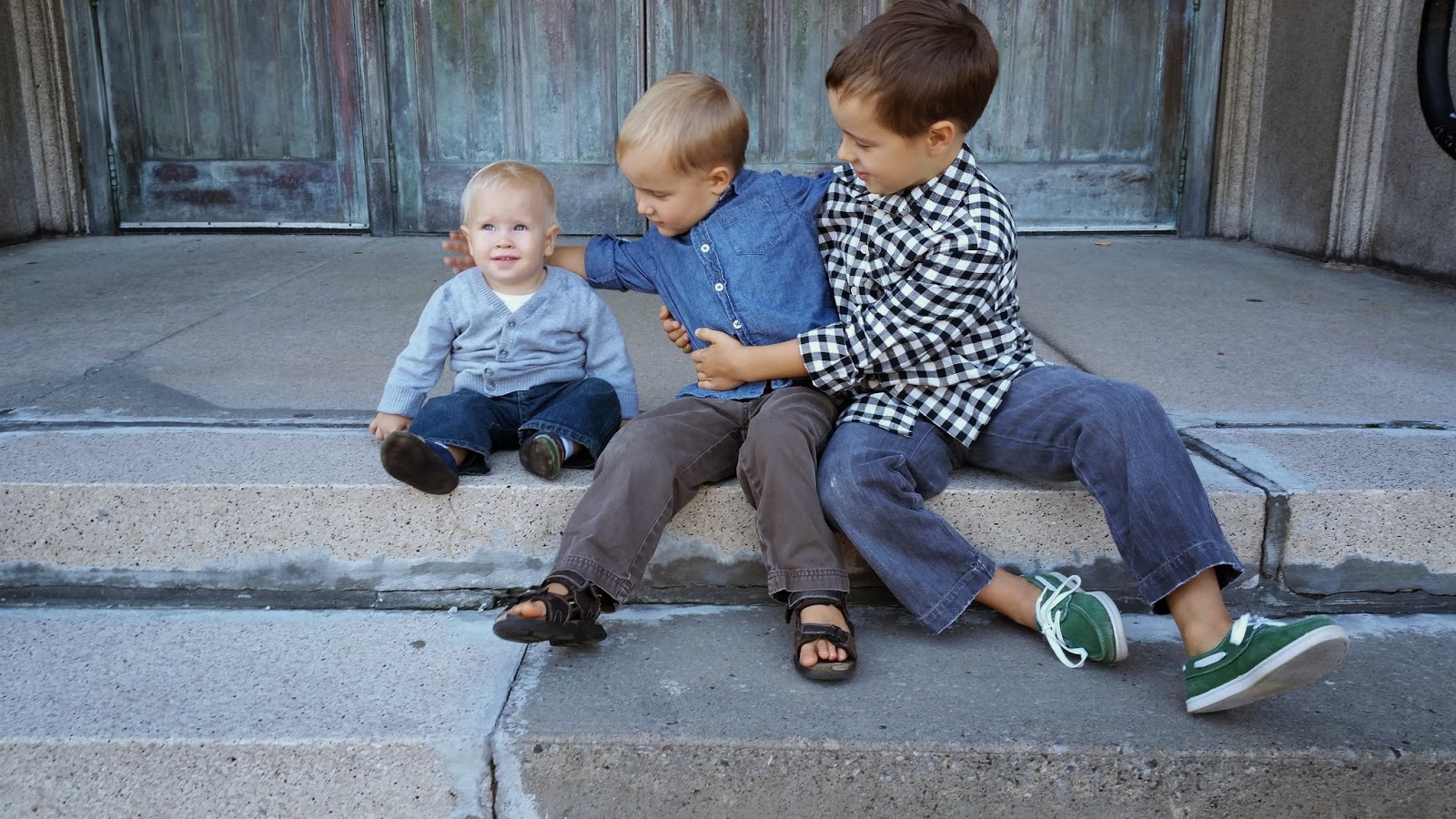 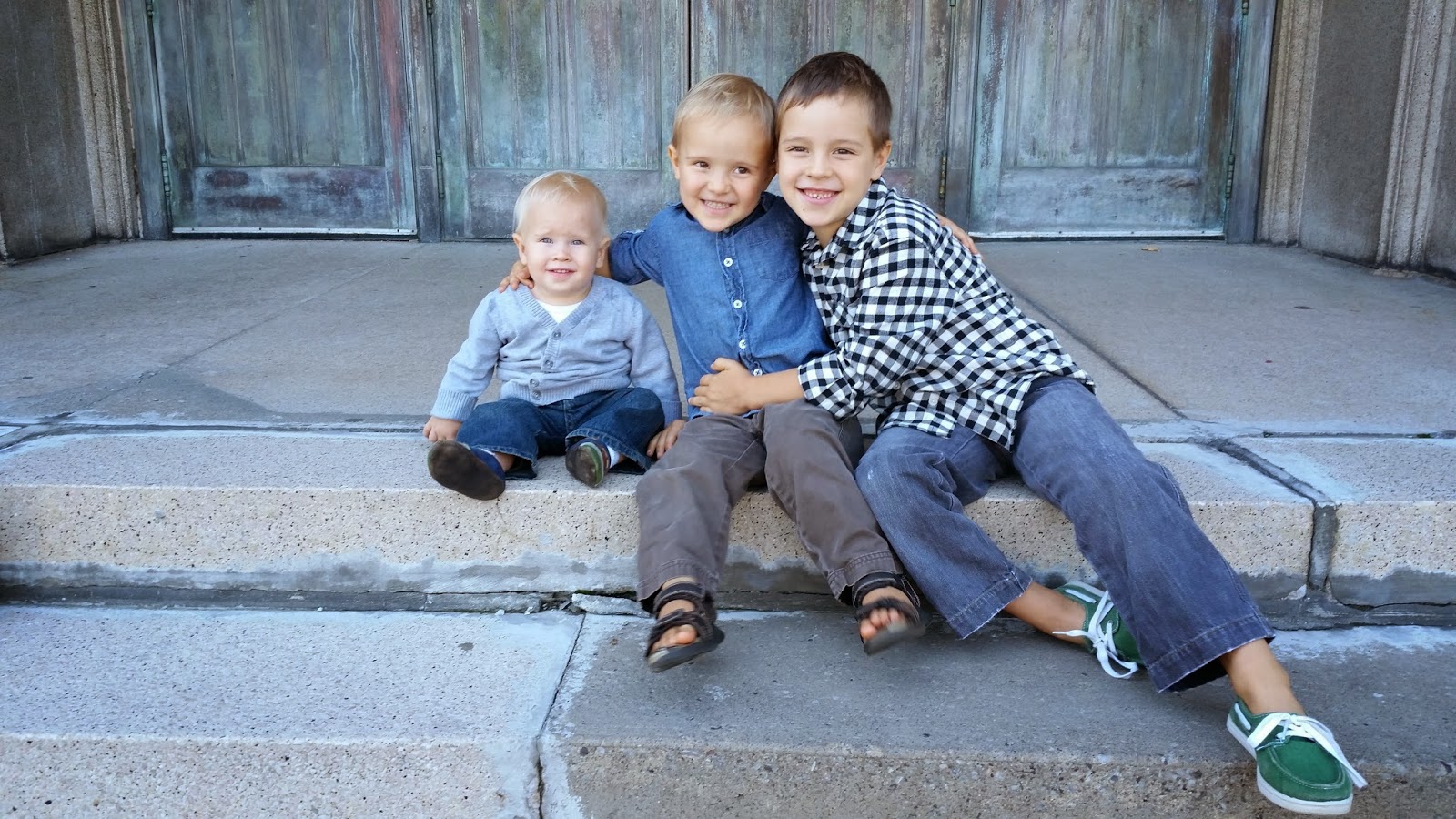 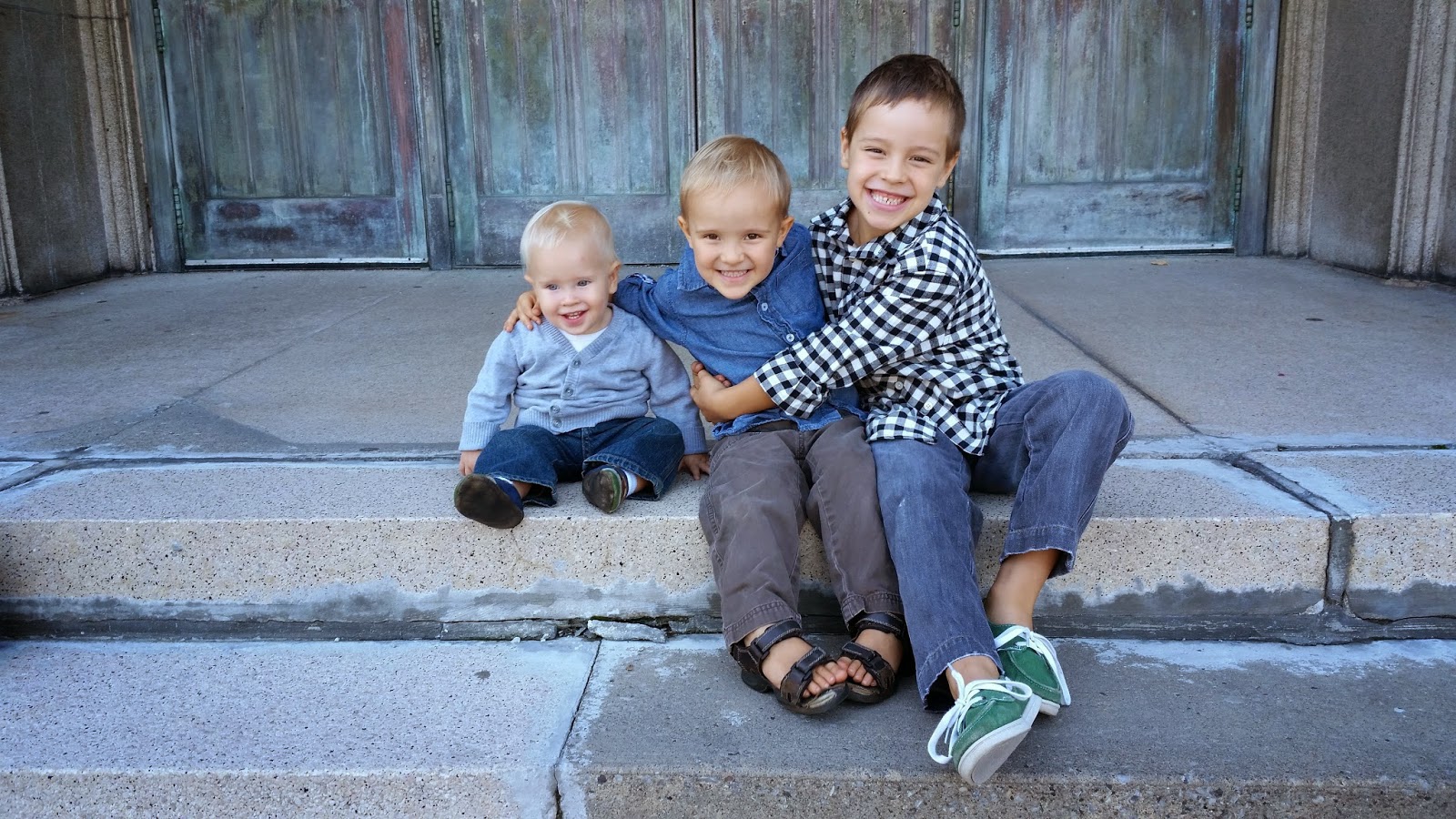 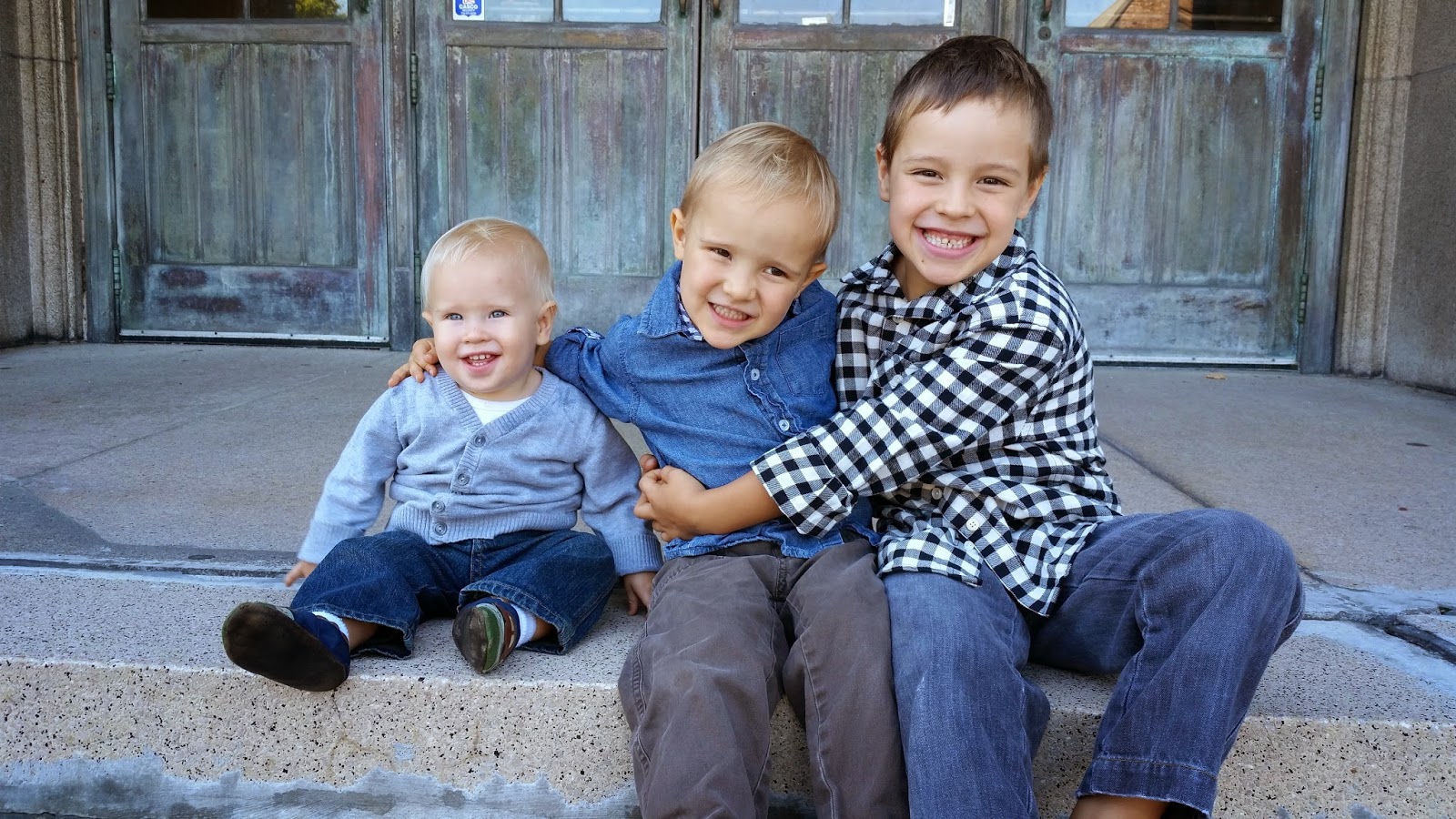 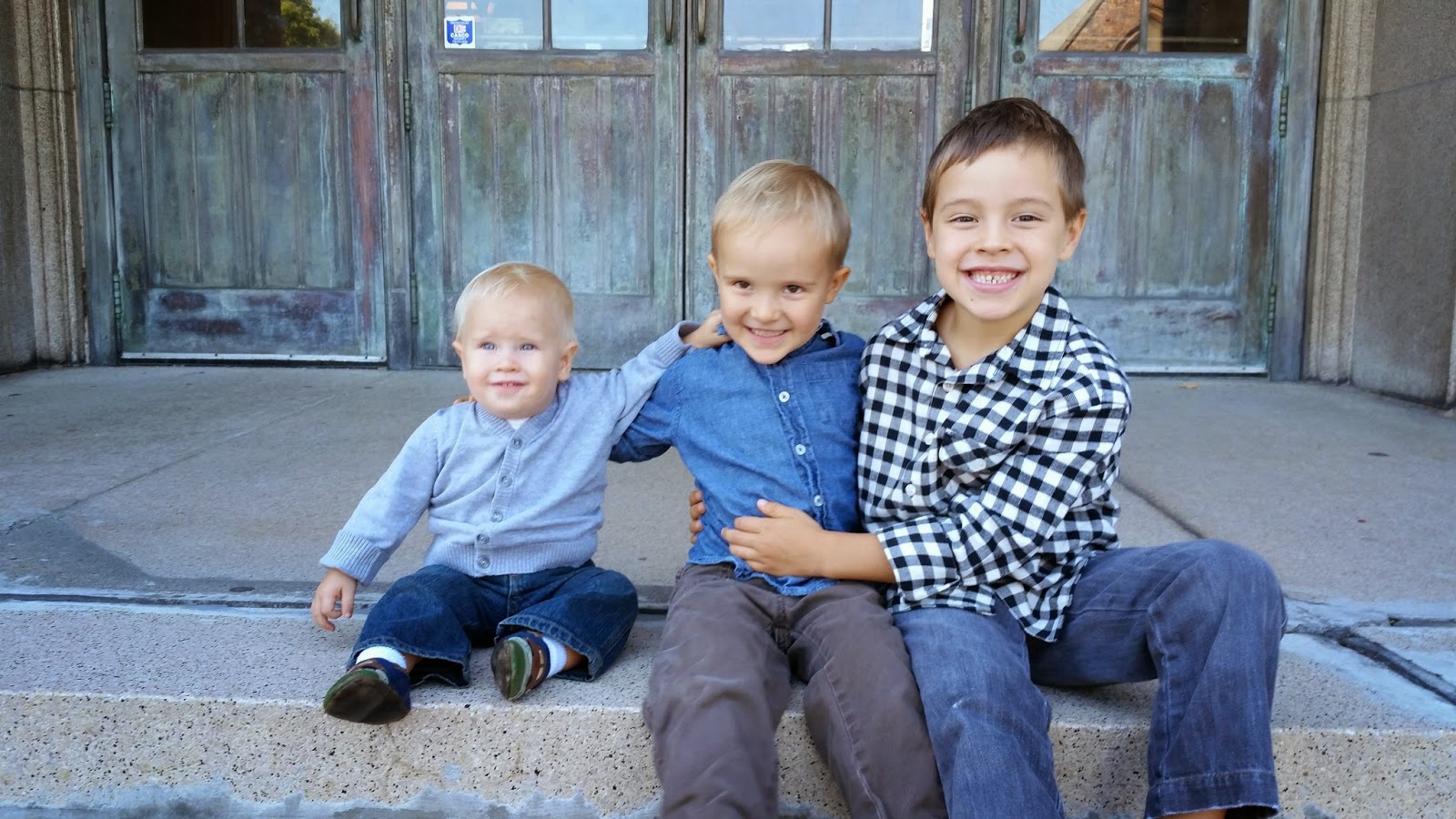 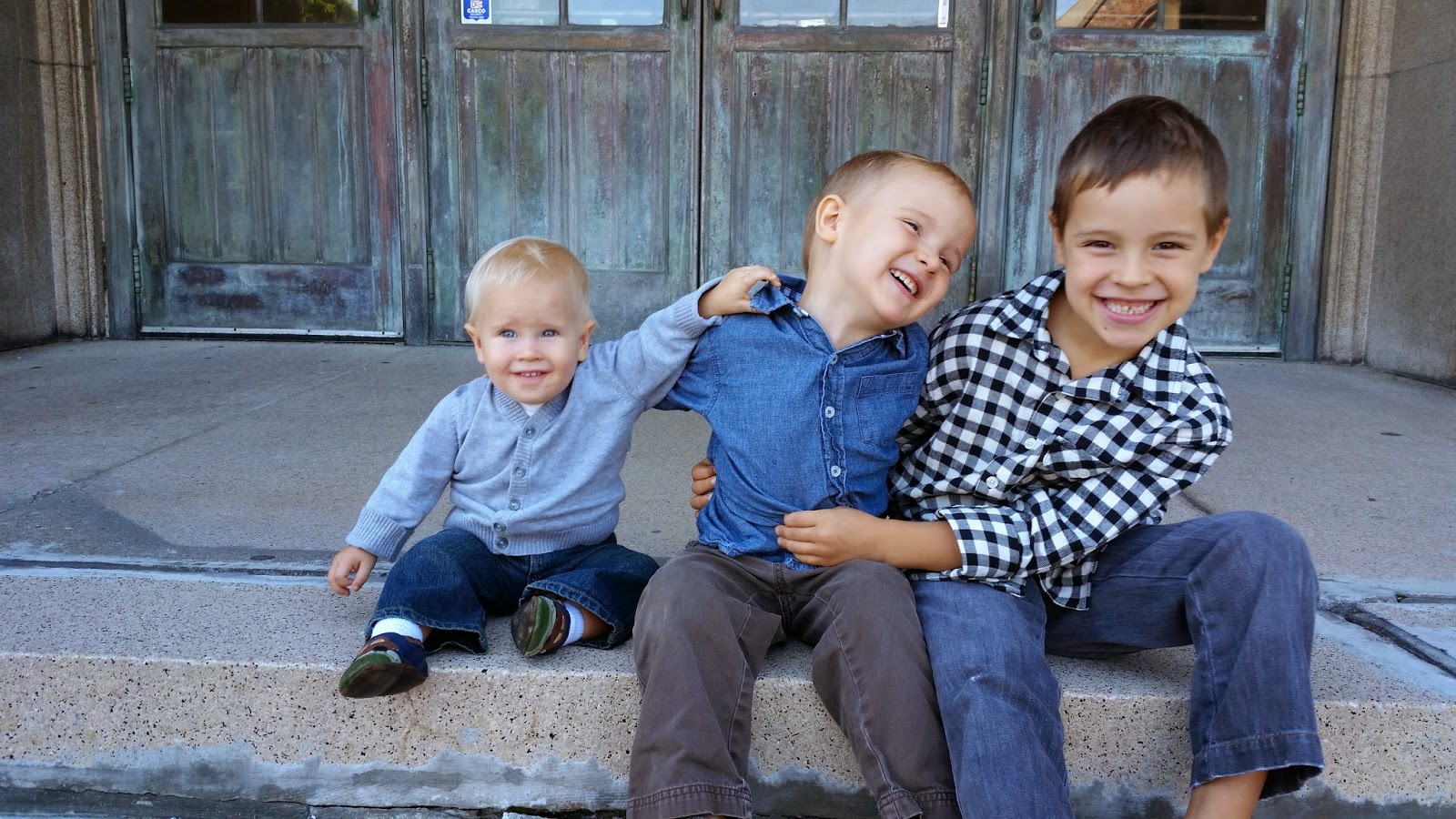 Read the other parts of this series here and here.
Posted by Stacey No comments:

Heeeey. Long time no post! Once I finished up Charlie's monthly updates, things got pretty quiet around here. It's not that I haven't had anything I've wanted to write about. I wish I was able to keep up with writing here more. If for nothing more than to have a place to document my crazy and fun, sweet, yet hard, life raising these boys of mine. Writing here is a big commitment of my time, and I decided to just let it go for the Summer. I wanted to be able to enjoy these sweet days of Summer with my boys, and relax as much as possible. Their ages are a lot of fun right now (although NOT without there challenges!) It was nice not having any sort of schedule. To be able to just get in as much fun as we could before it all to quickly passed us by....

We had many walks to our neighborhood park, and picnics with friends. We went to an amusement park twice, and spent a day at the zoo.

We went blueberry and cherry picking, and played with friends in a creek. We rode bikes, and played lots of backyard baseball.

We had tractor rides, BBQ's and roasted marshmallows over a campfire. We spent a lot of time at the beach, and had fun checking out new spray parks.

We swam in big pools, kiddie pools and ran through the hose. We had lazy days at home, and many family movie nights snuggled on the couch.

We played hopscotch, and jumped in puddles after a summer rain. We went to the fair, the boys went to the air show and we ate way too much ice cream.

We had birthday parties, graduation parties and babies being born.

Don't get me wrong. We had plenty of hard days. Days where there was more yelling than laughing. Days where we spent most of the day in time out and apologizing, again and again. Days where I barely scraped together 3 meals. But oh, we so many good days. So many fun memories were made. I want so badly for my boys to look back on their childhood fondly. Not that I am willing to discard teaching them important life lessons like being grateful, thinking of others and working hard in the name of them being happy. I sure hope we can do a good job as parents finding a good balance. Here are some of my favorite pictures from the Summer... 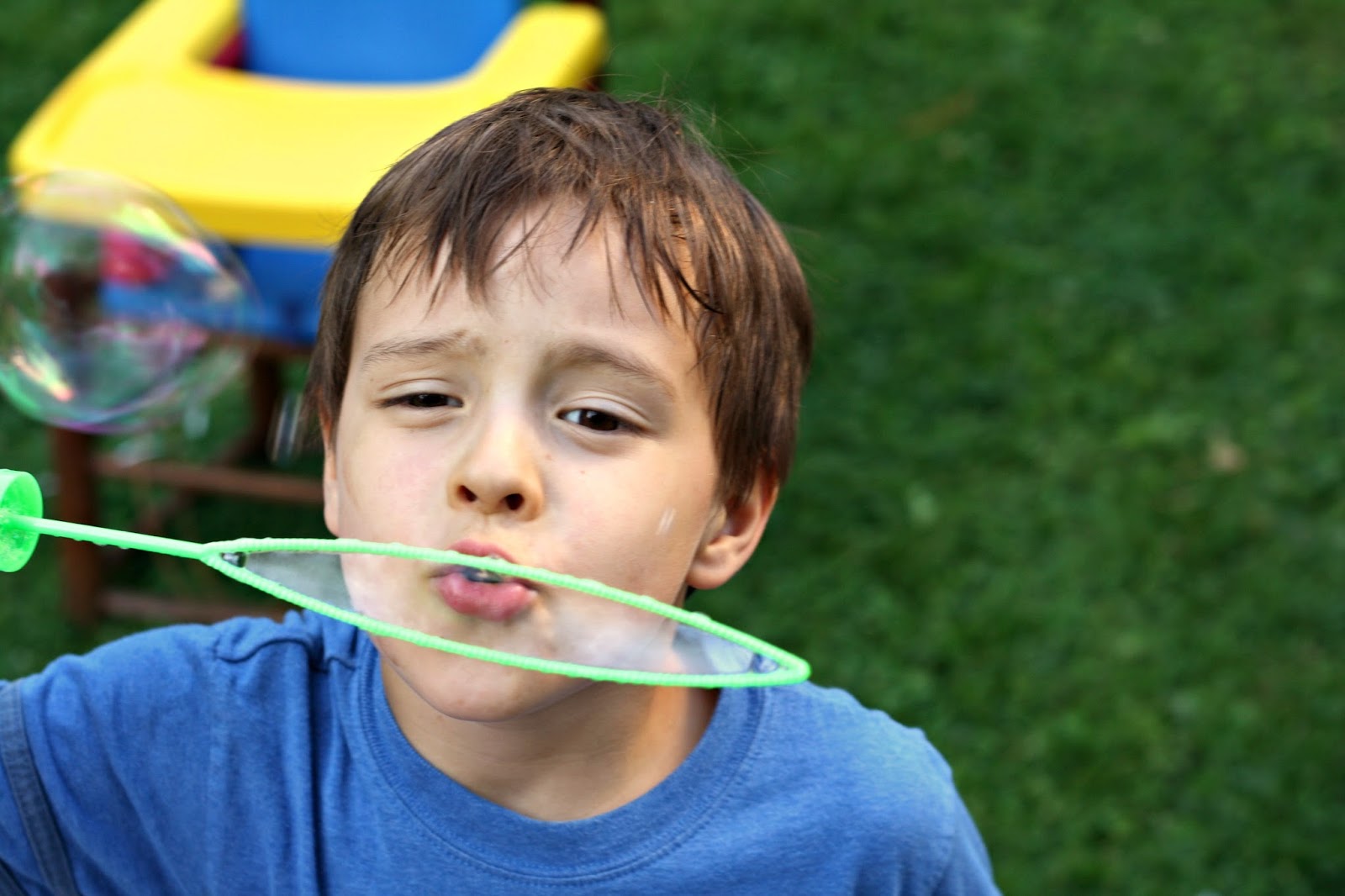 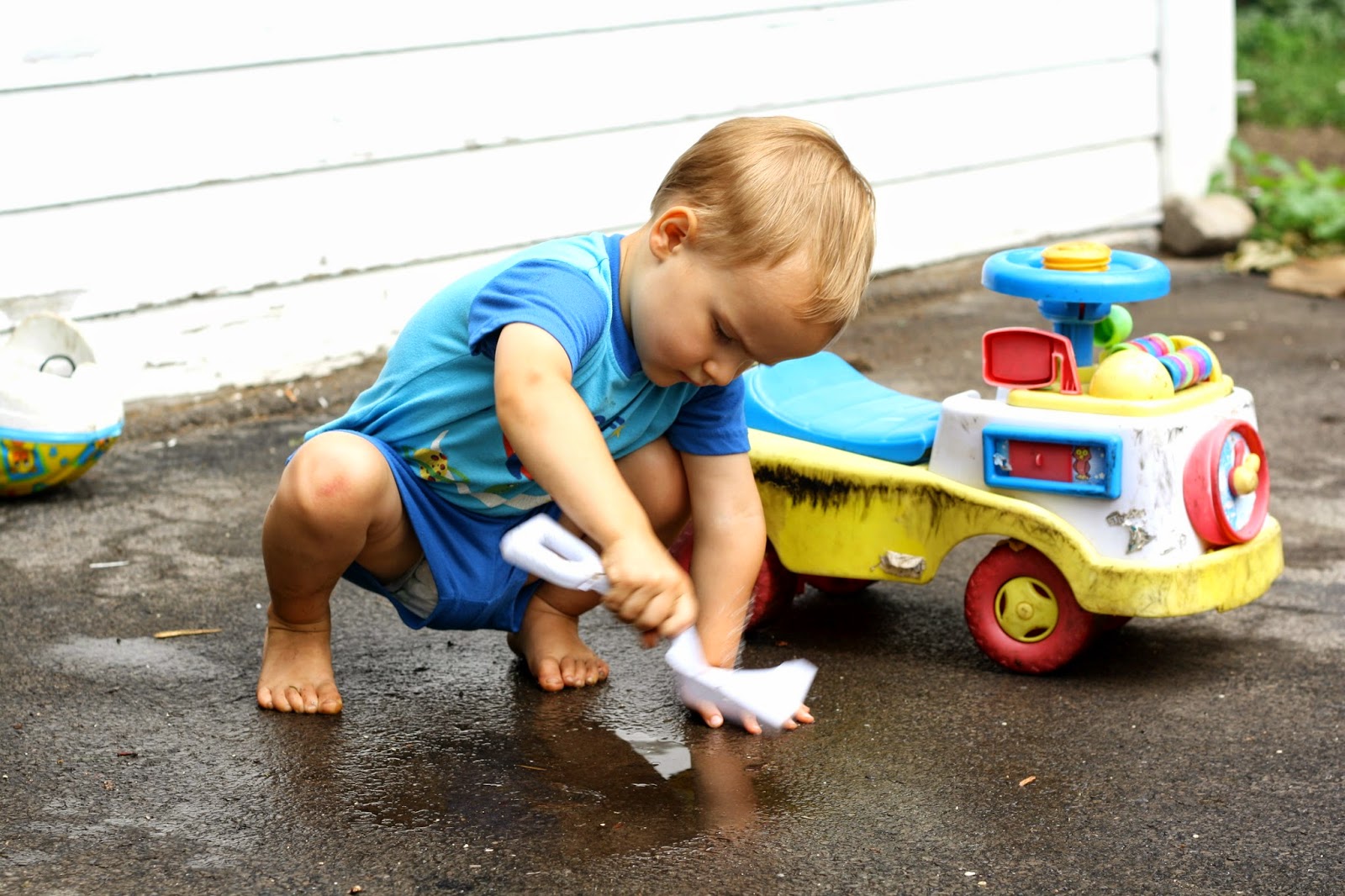 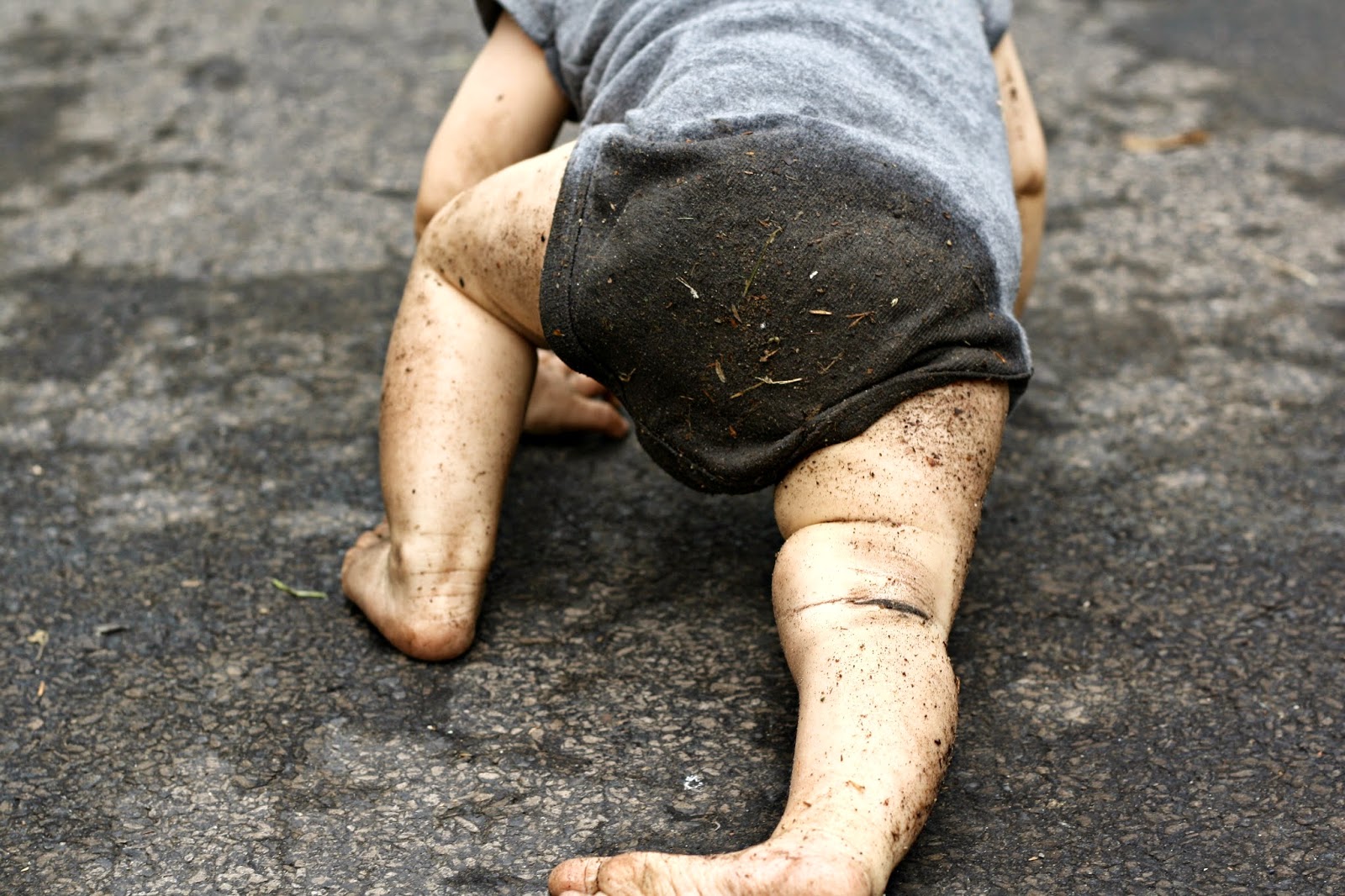 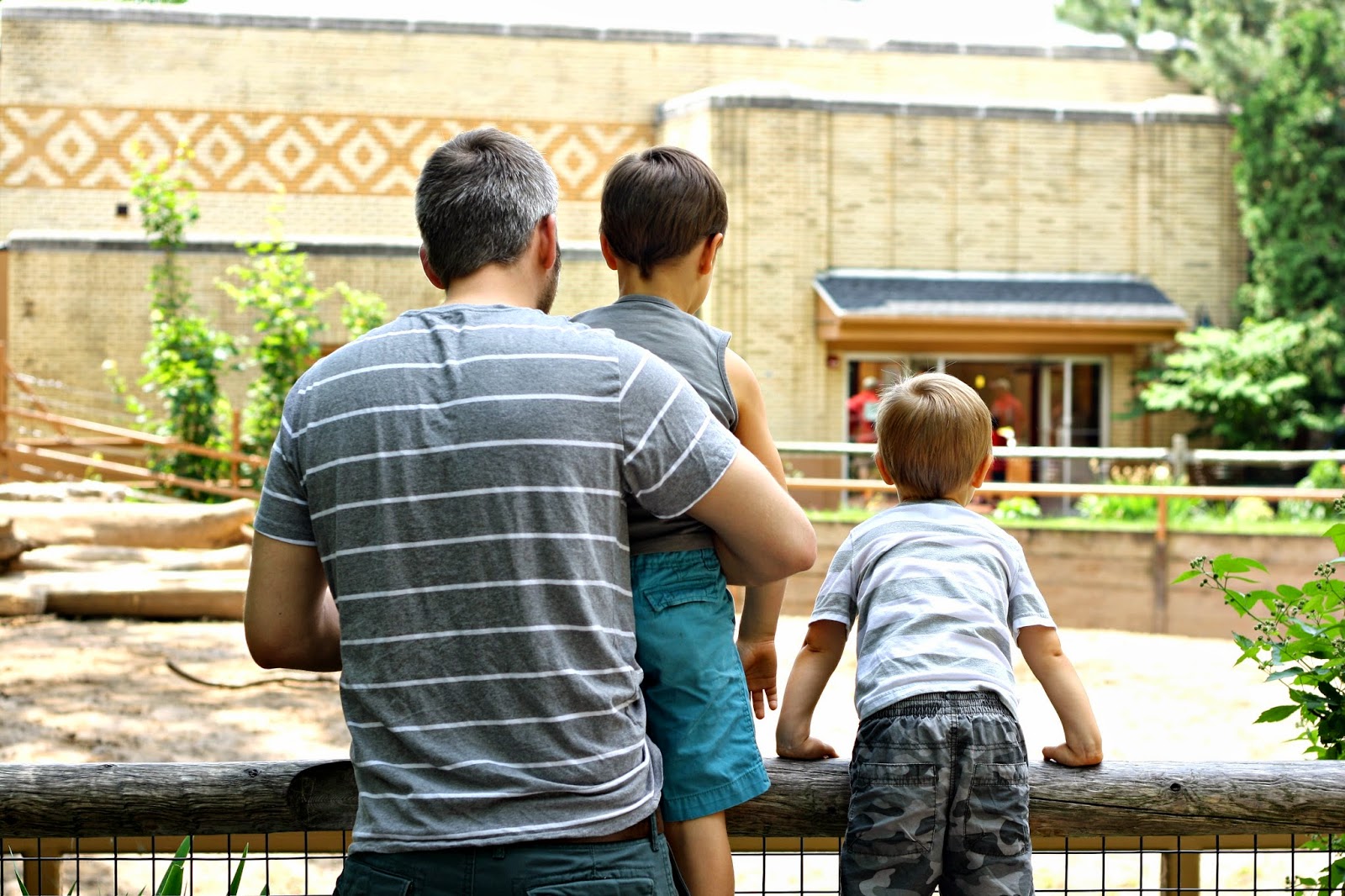 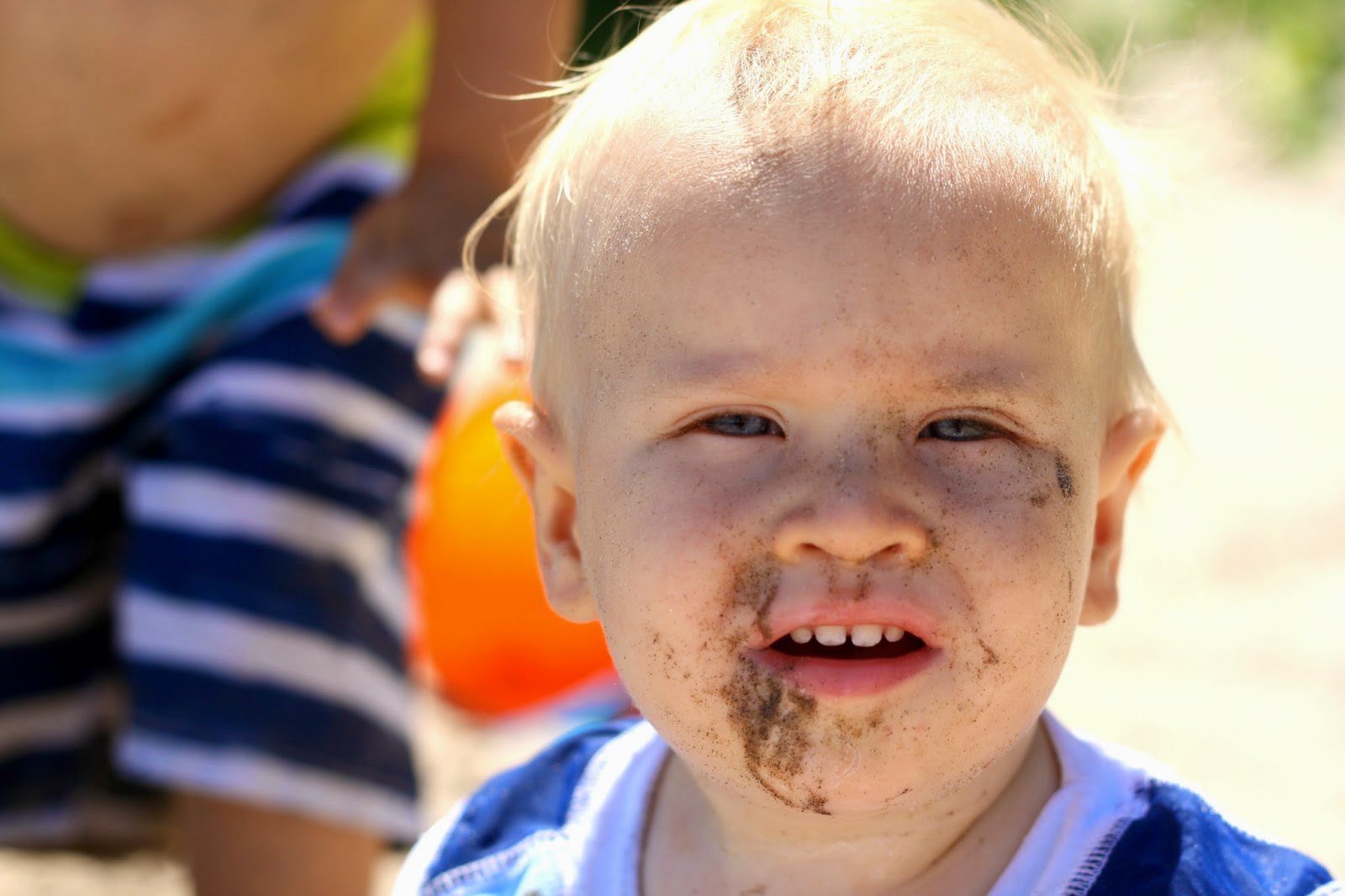 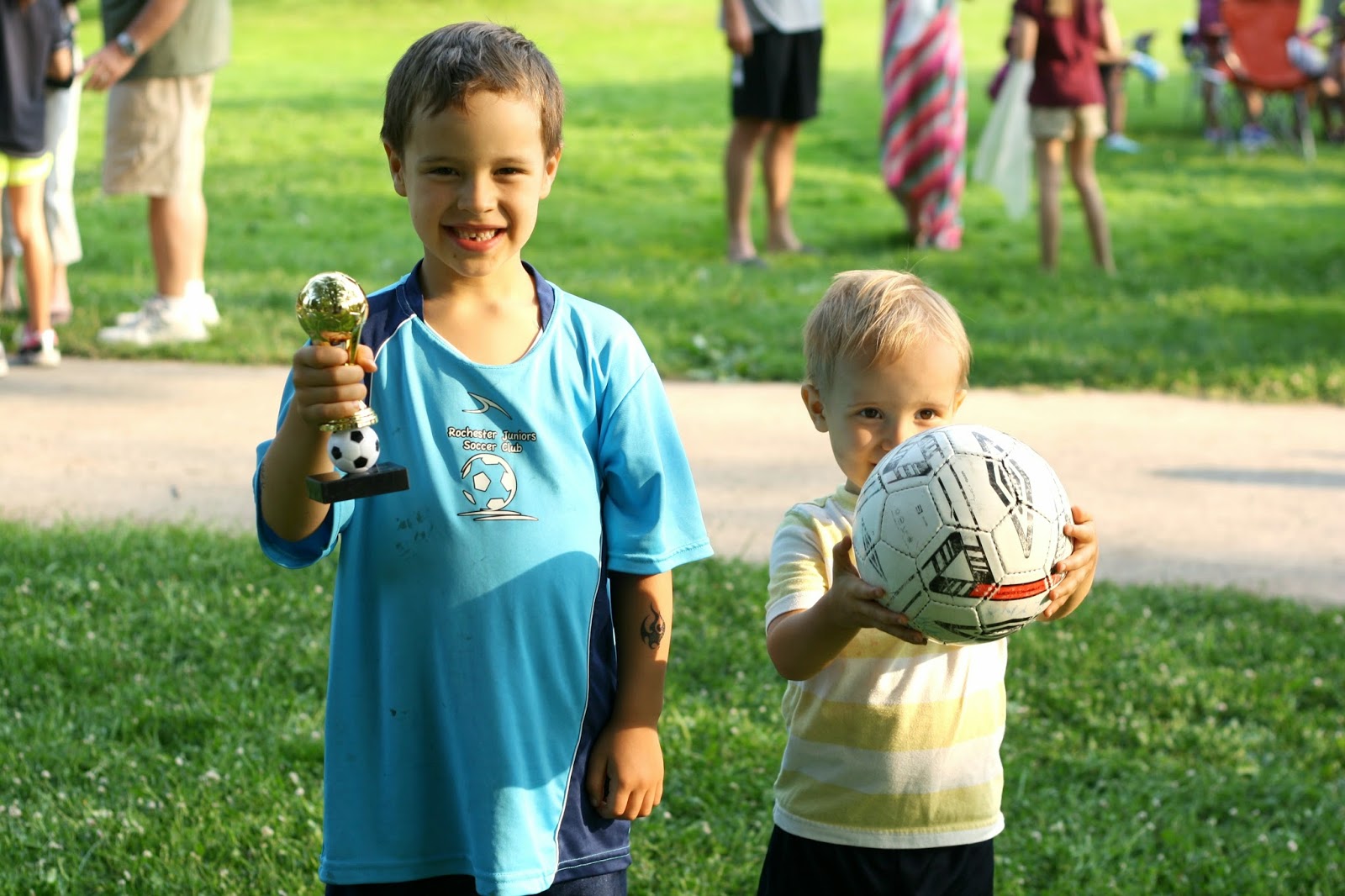 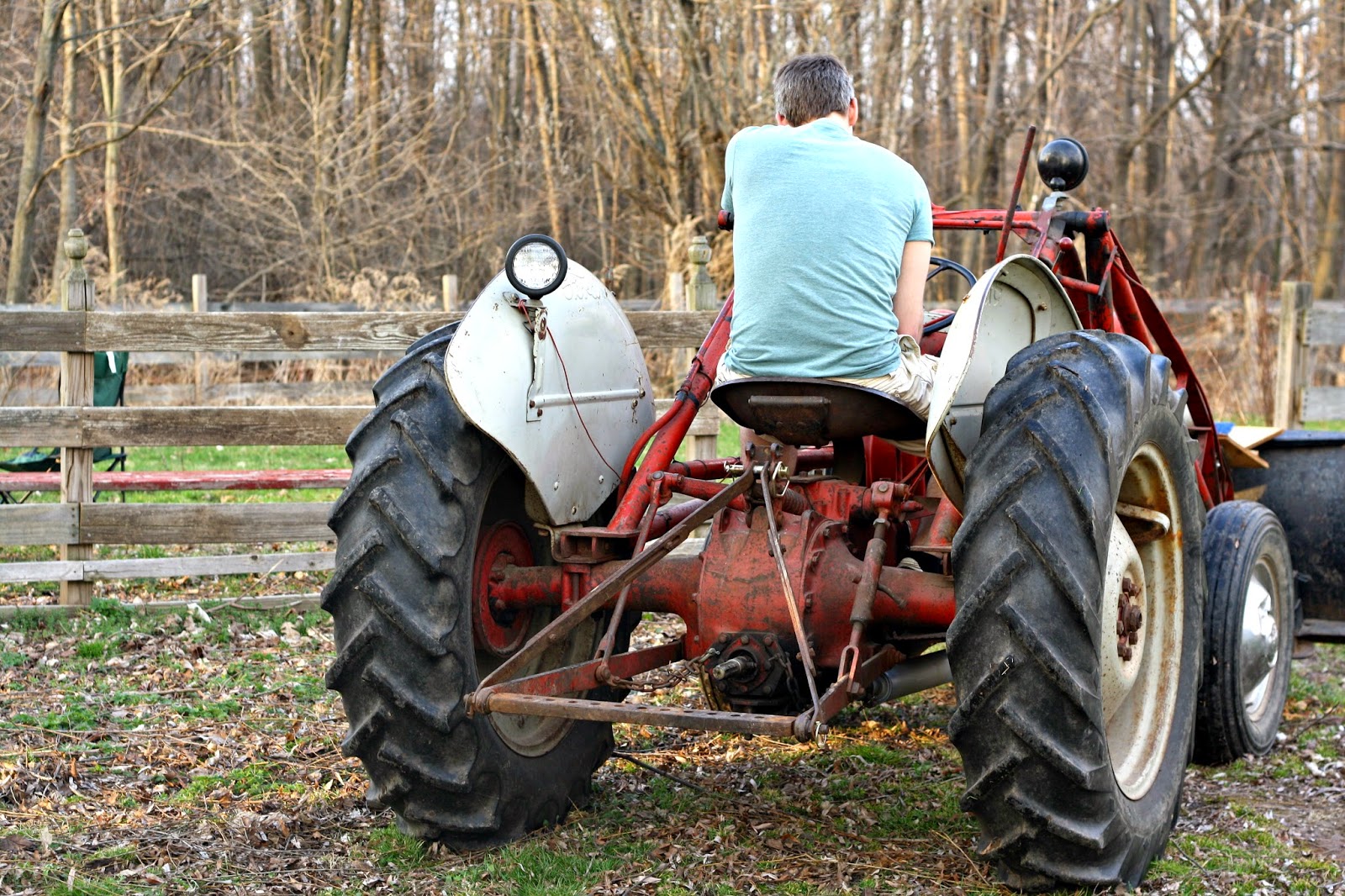 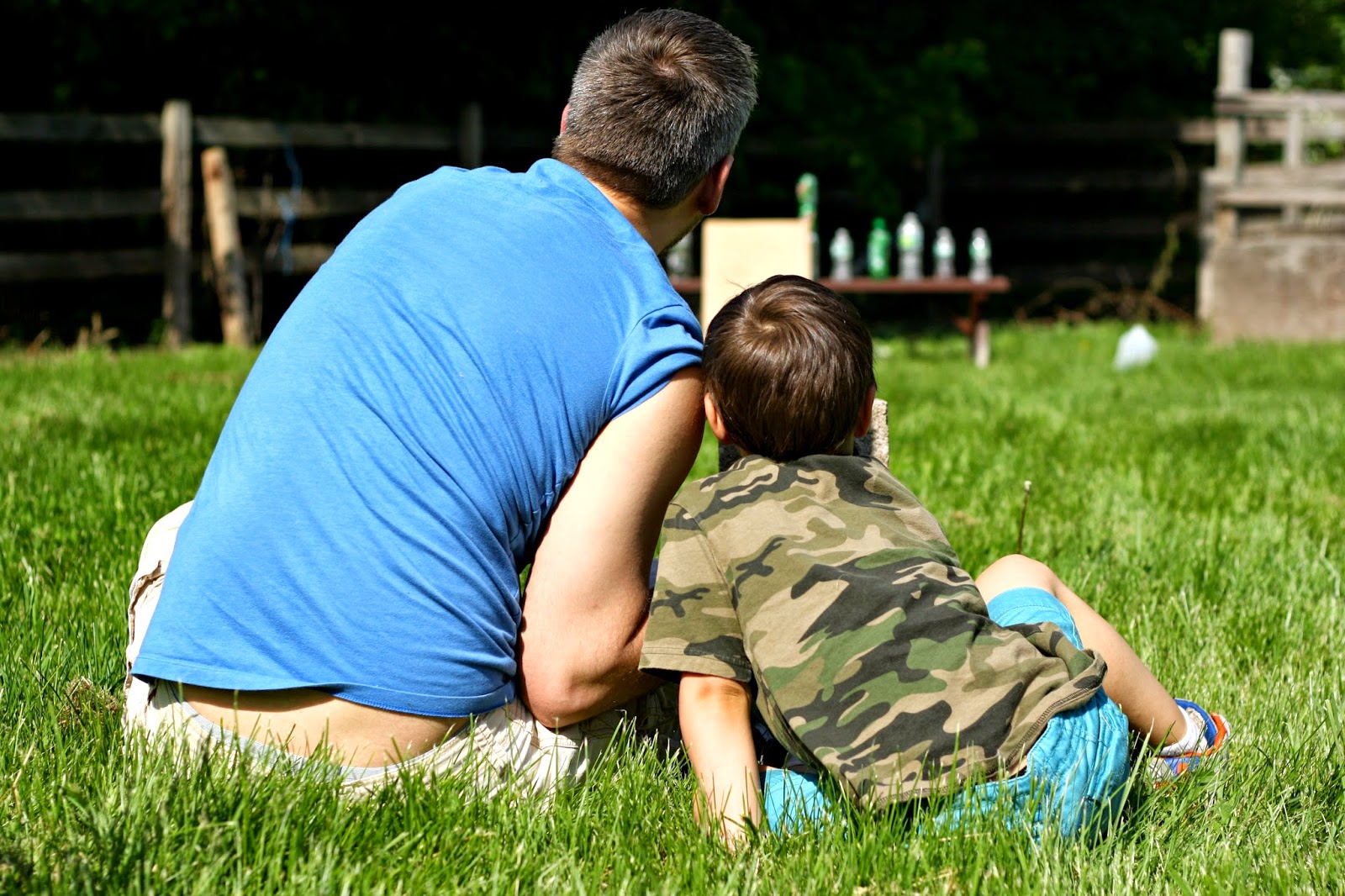 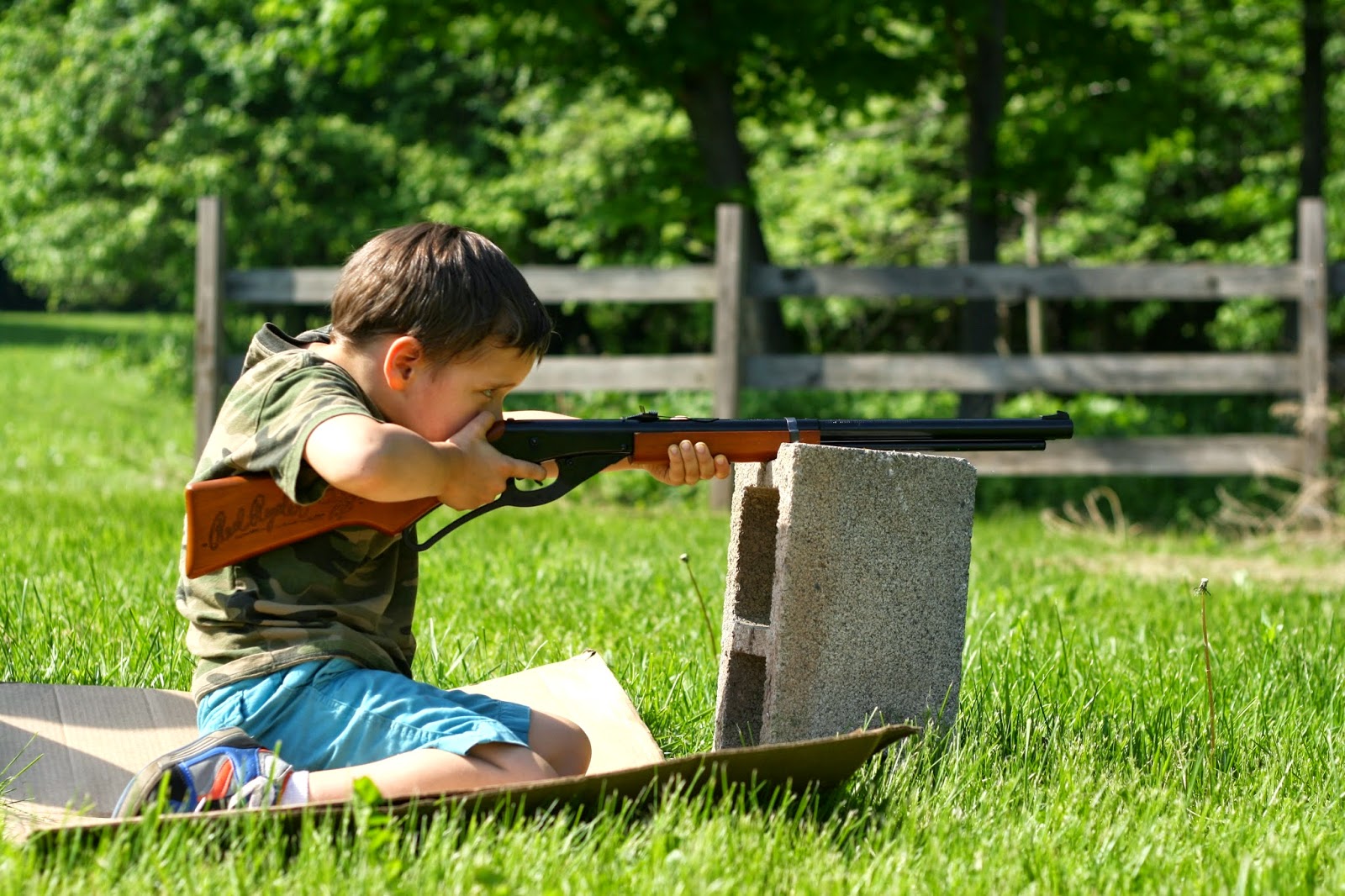 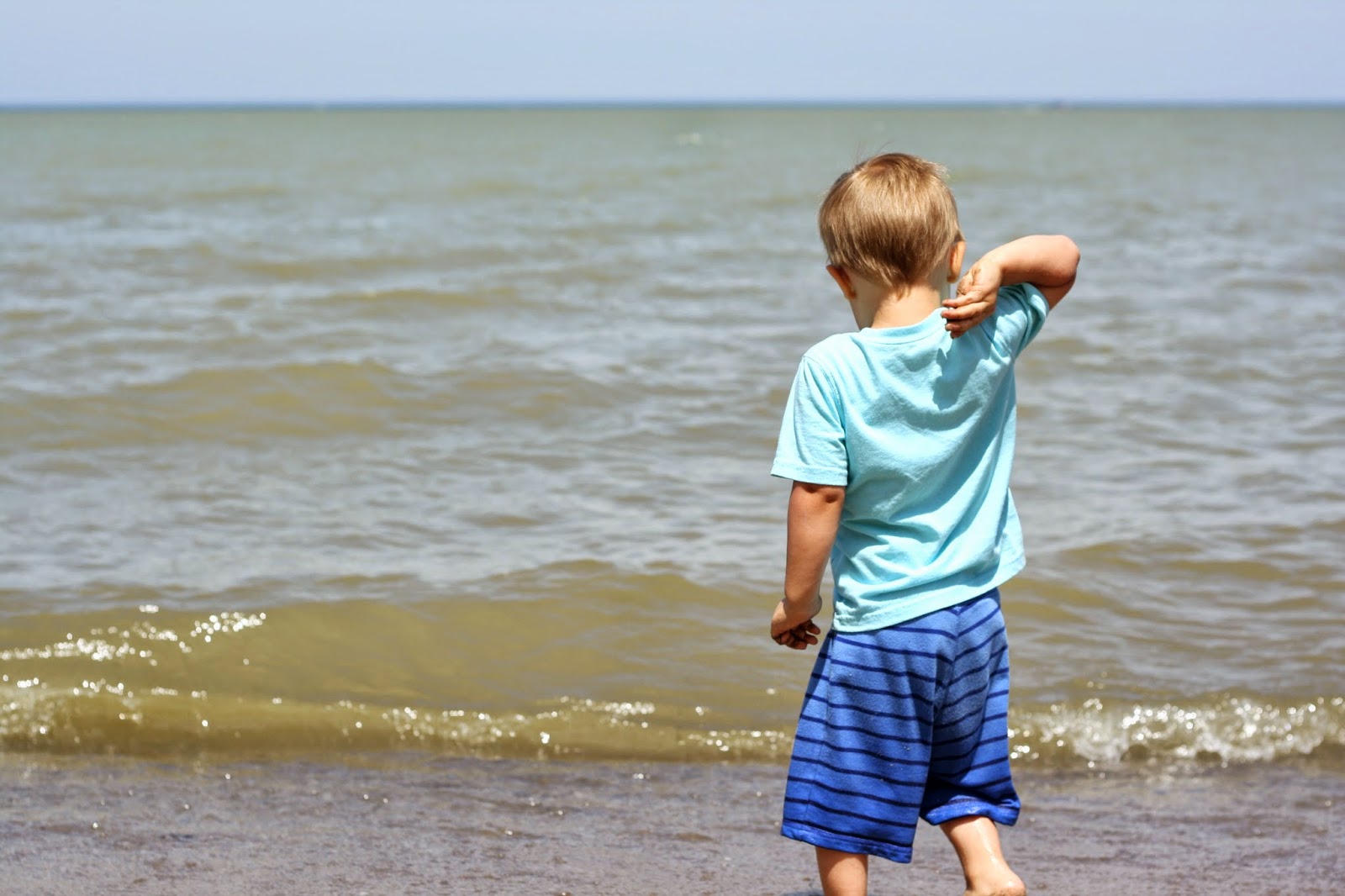 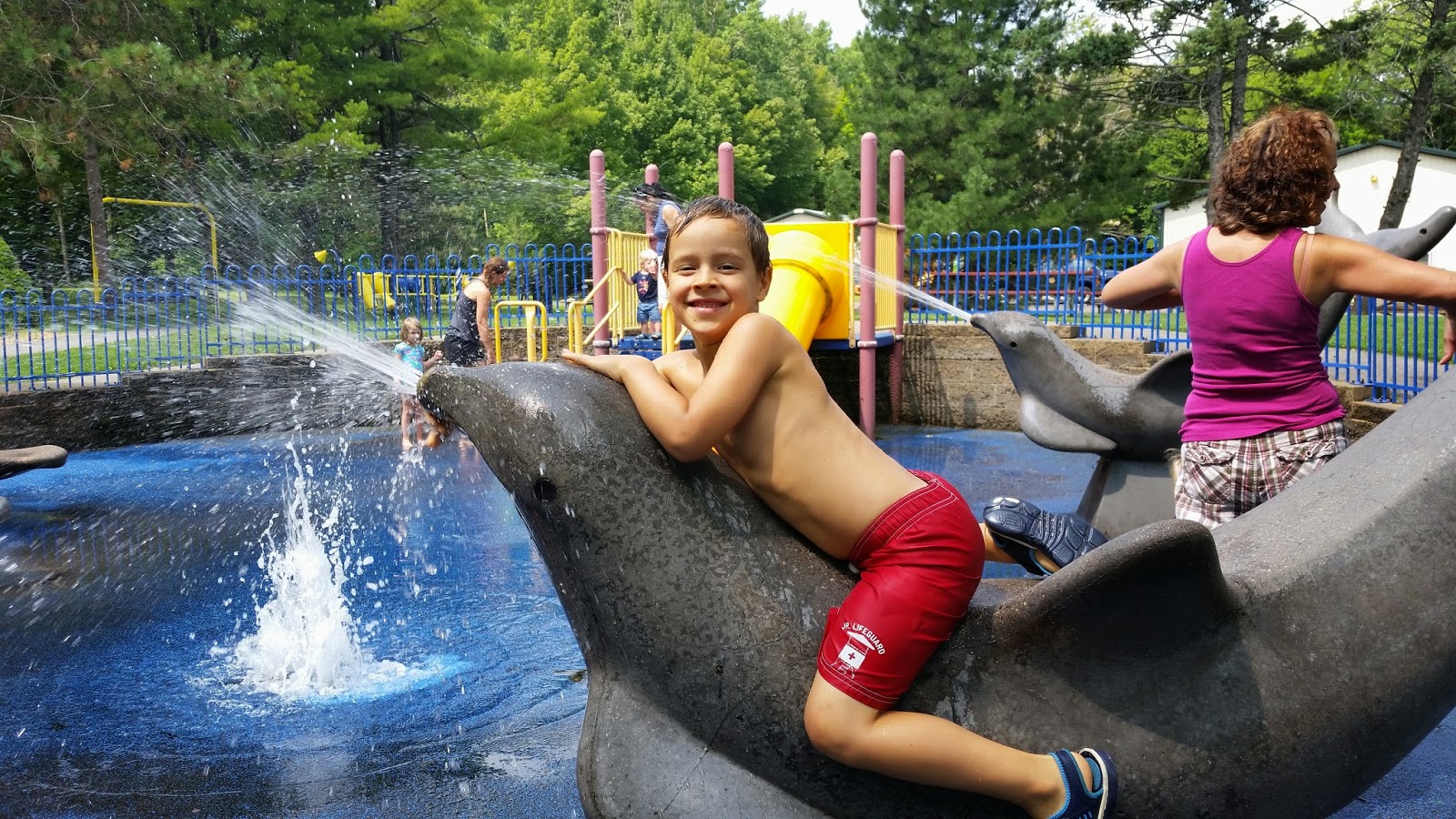 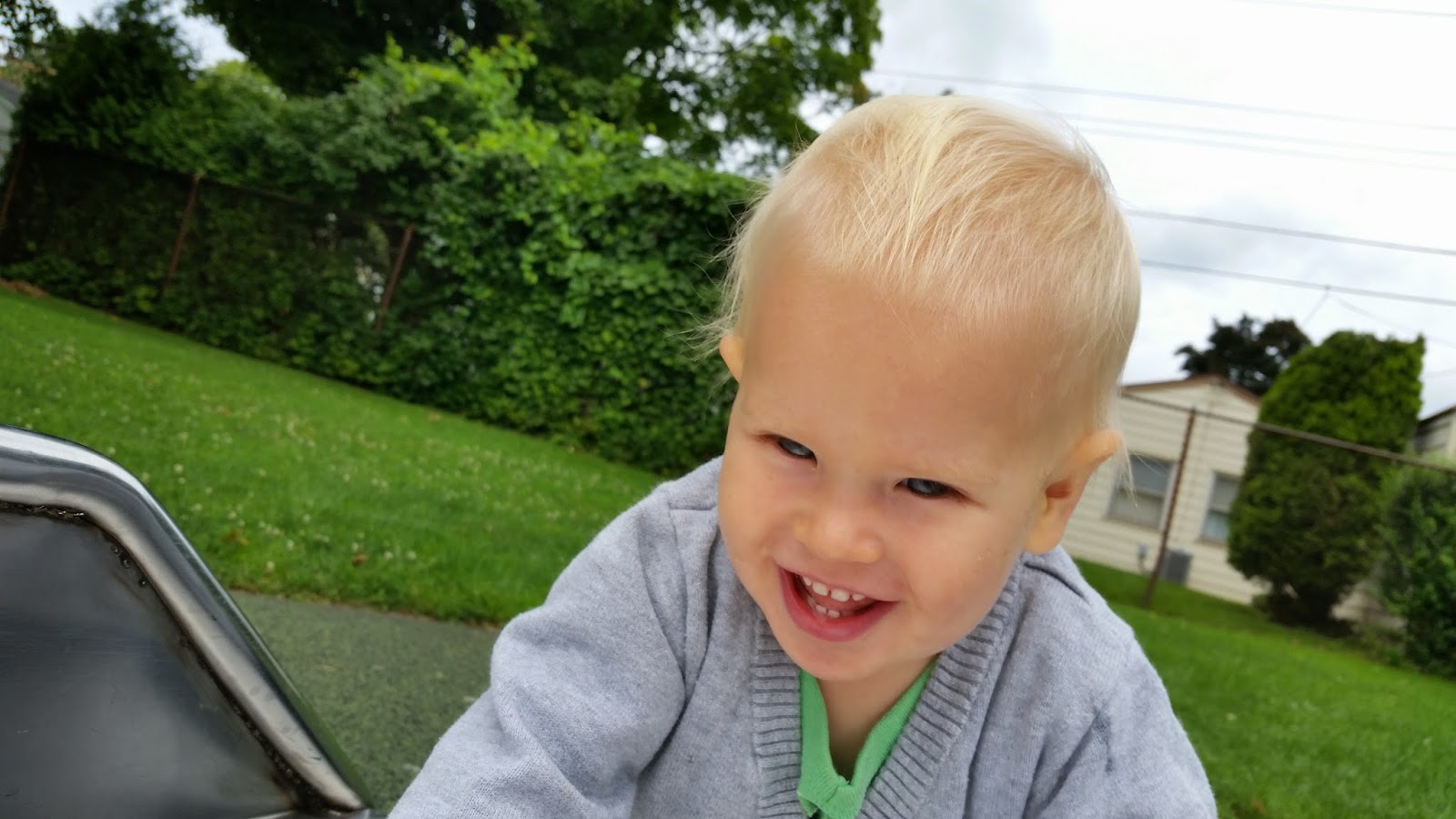 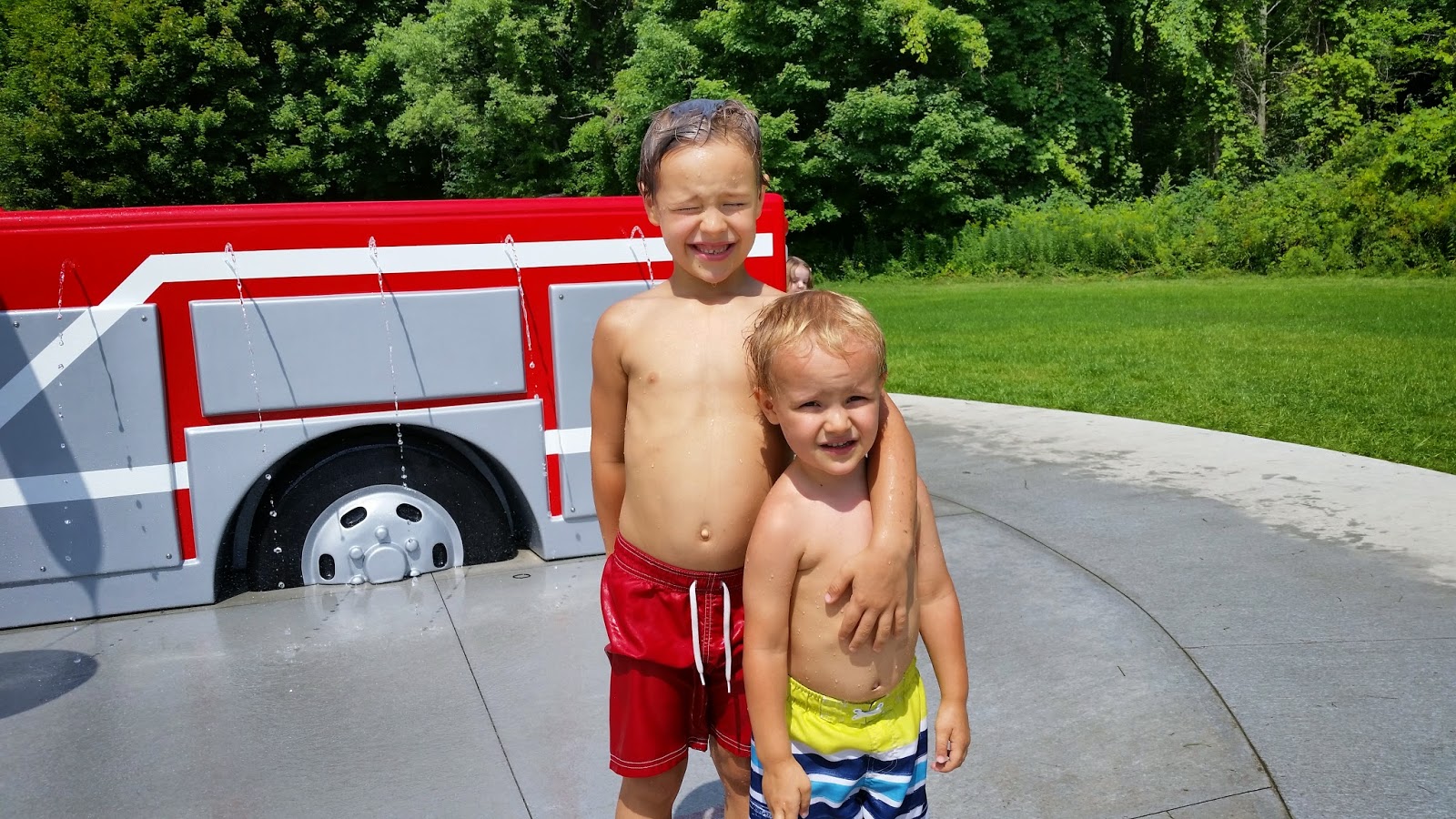 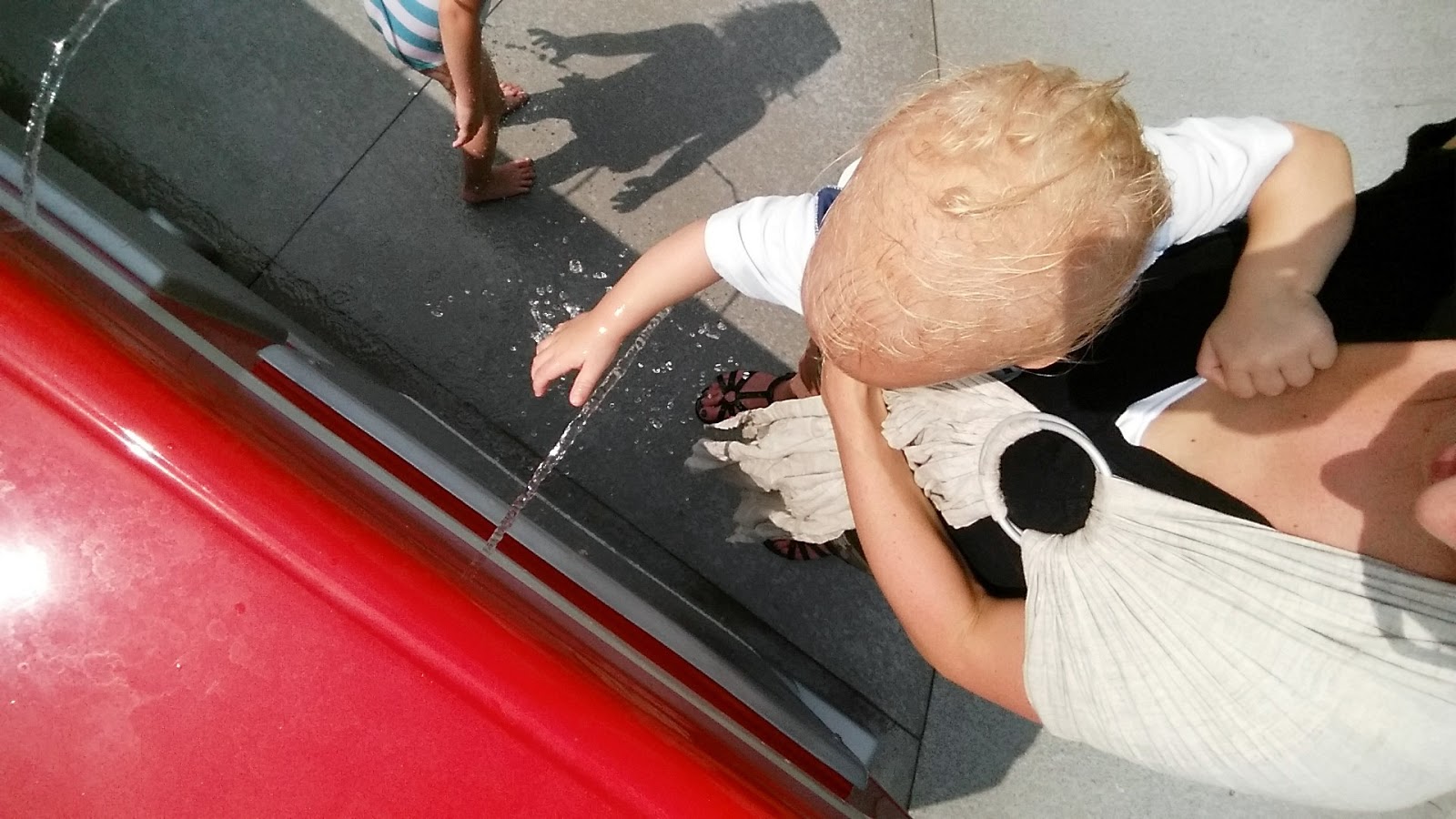 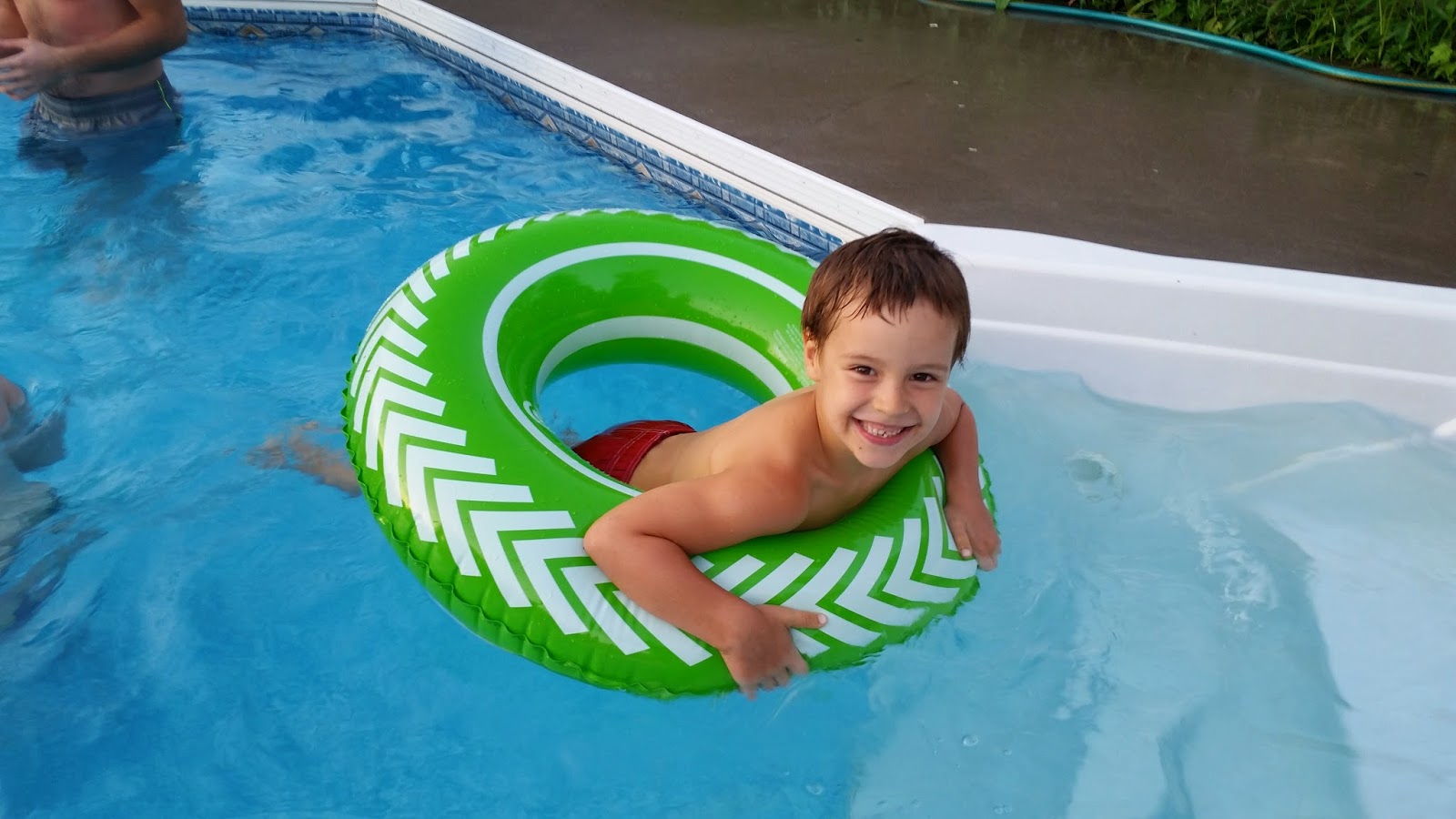 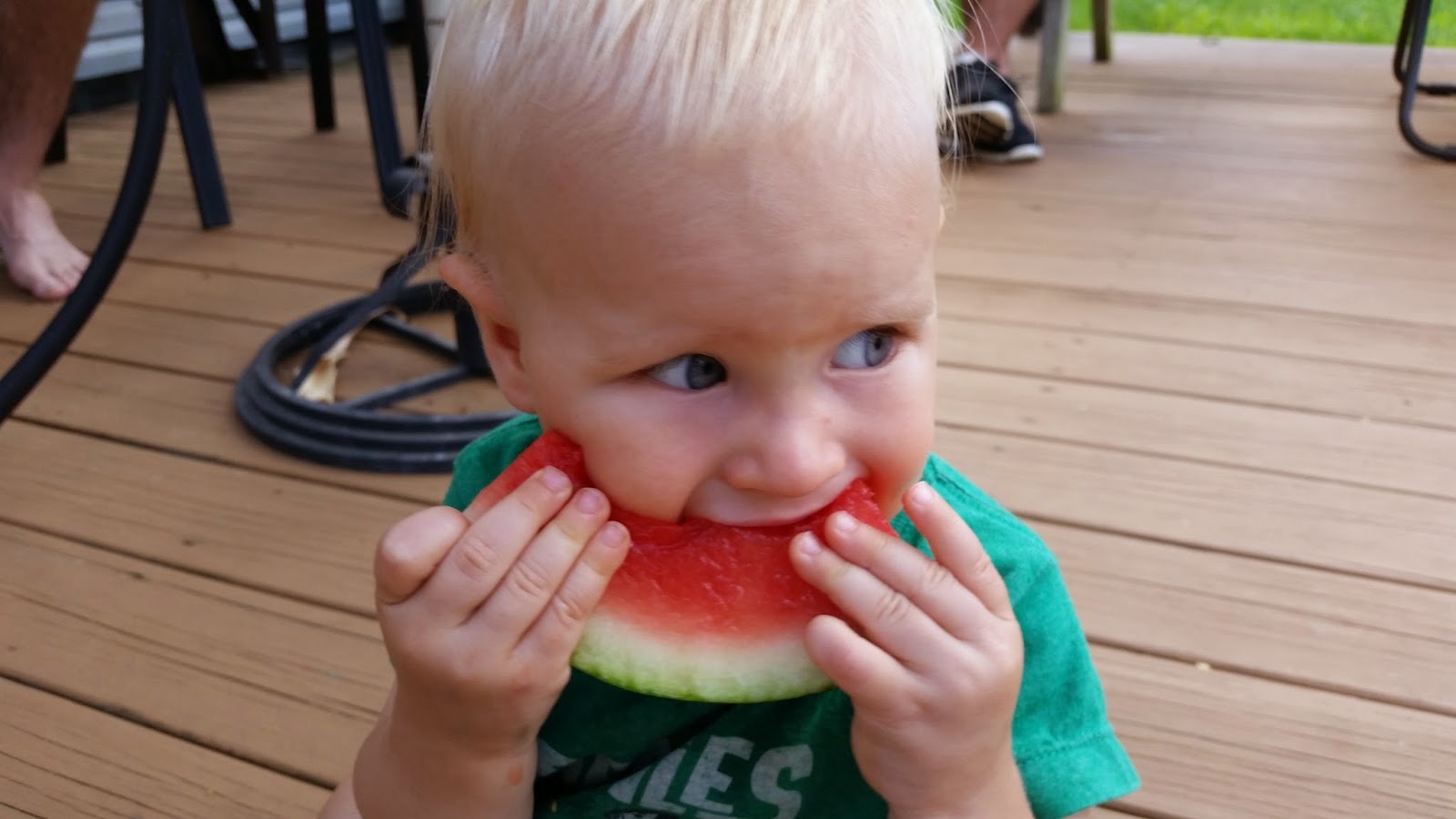 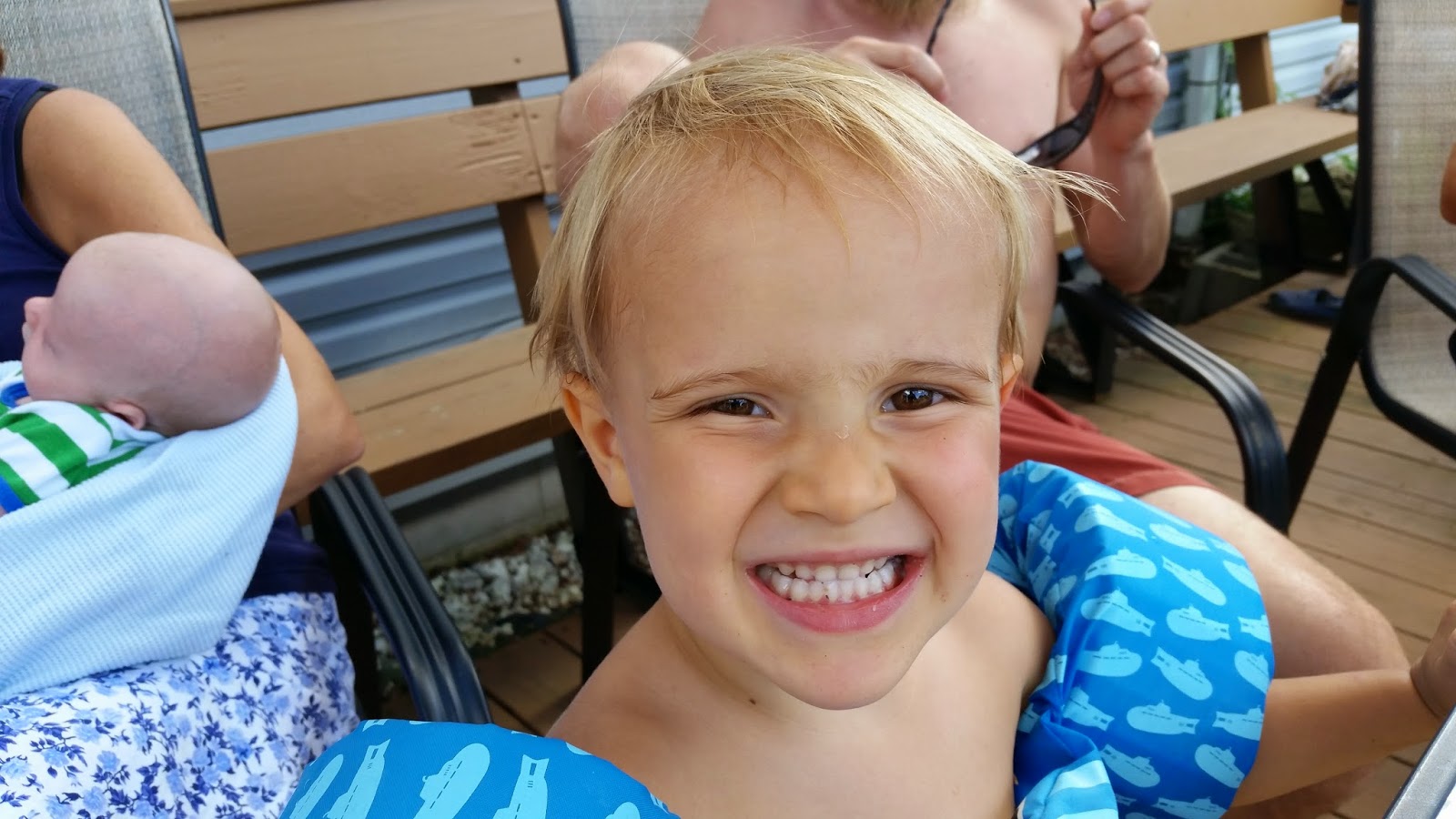 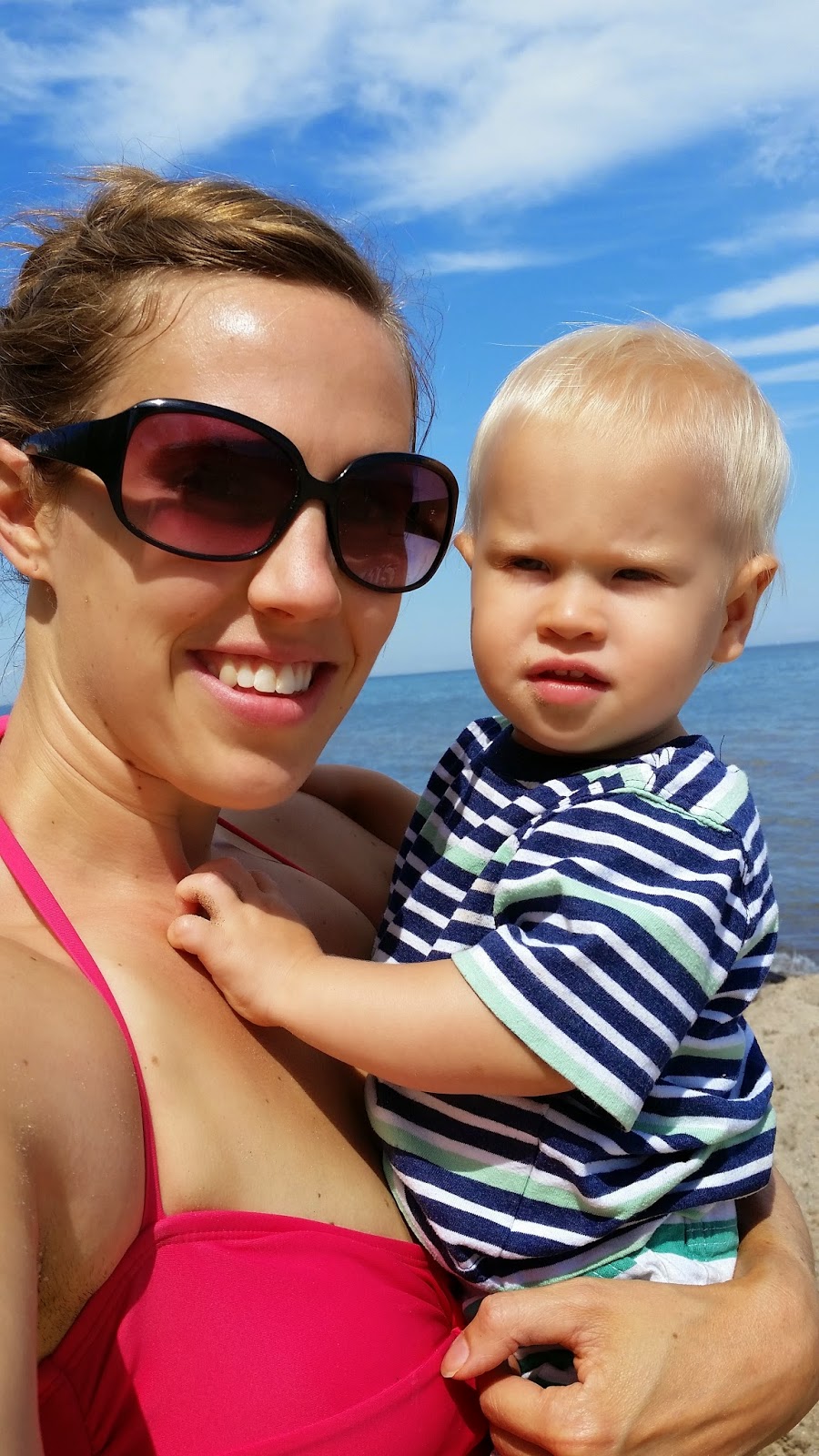 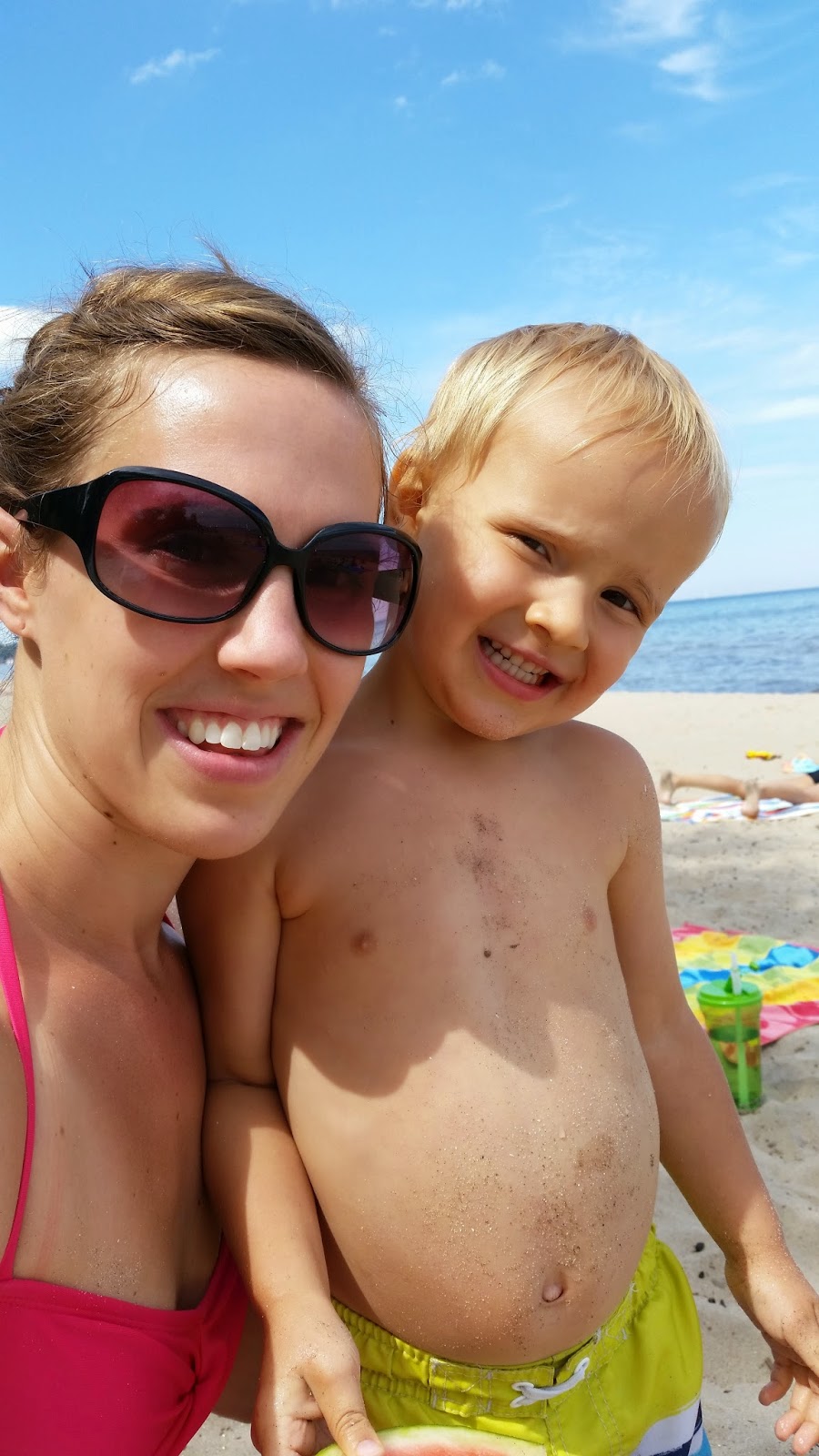 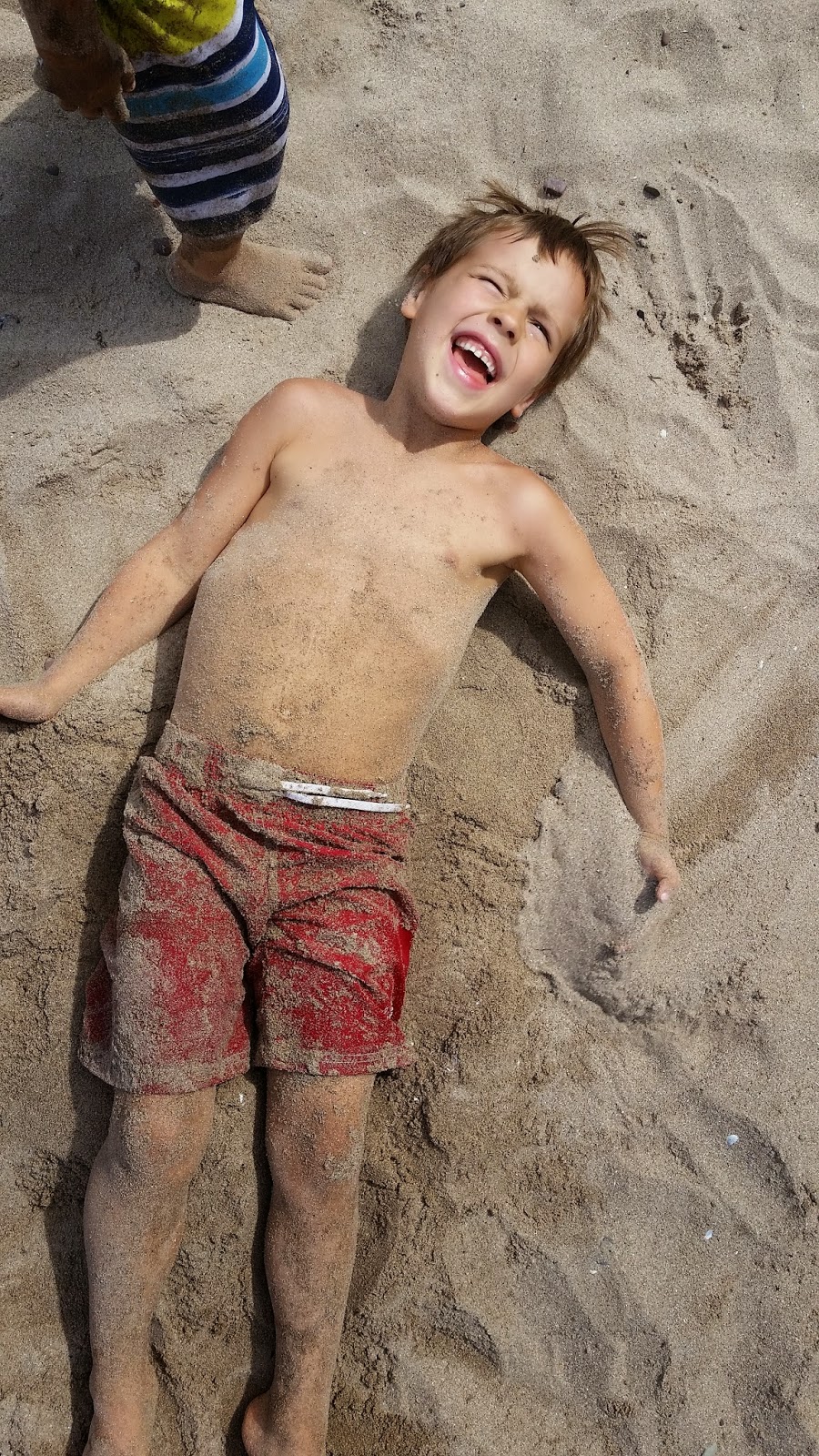 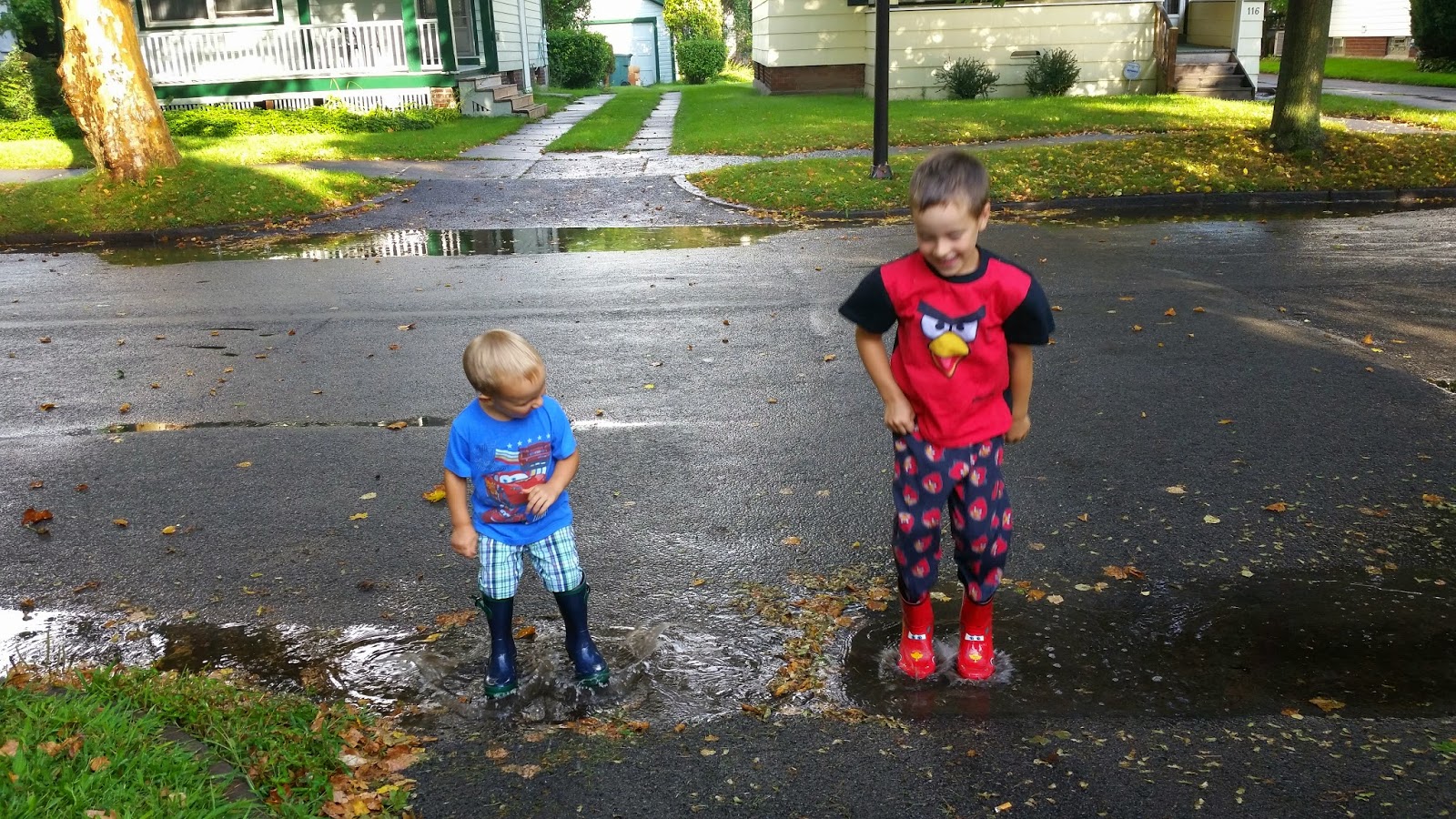 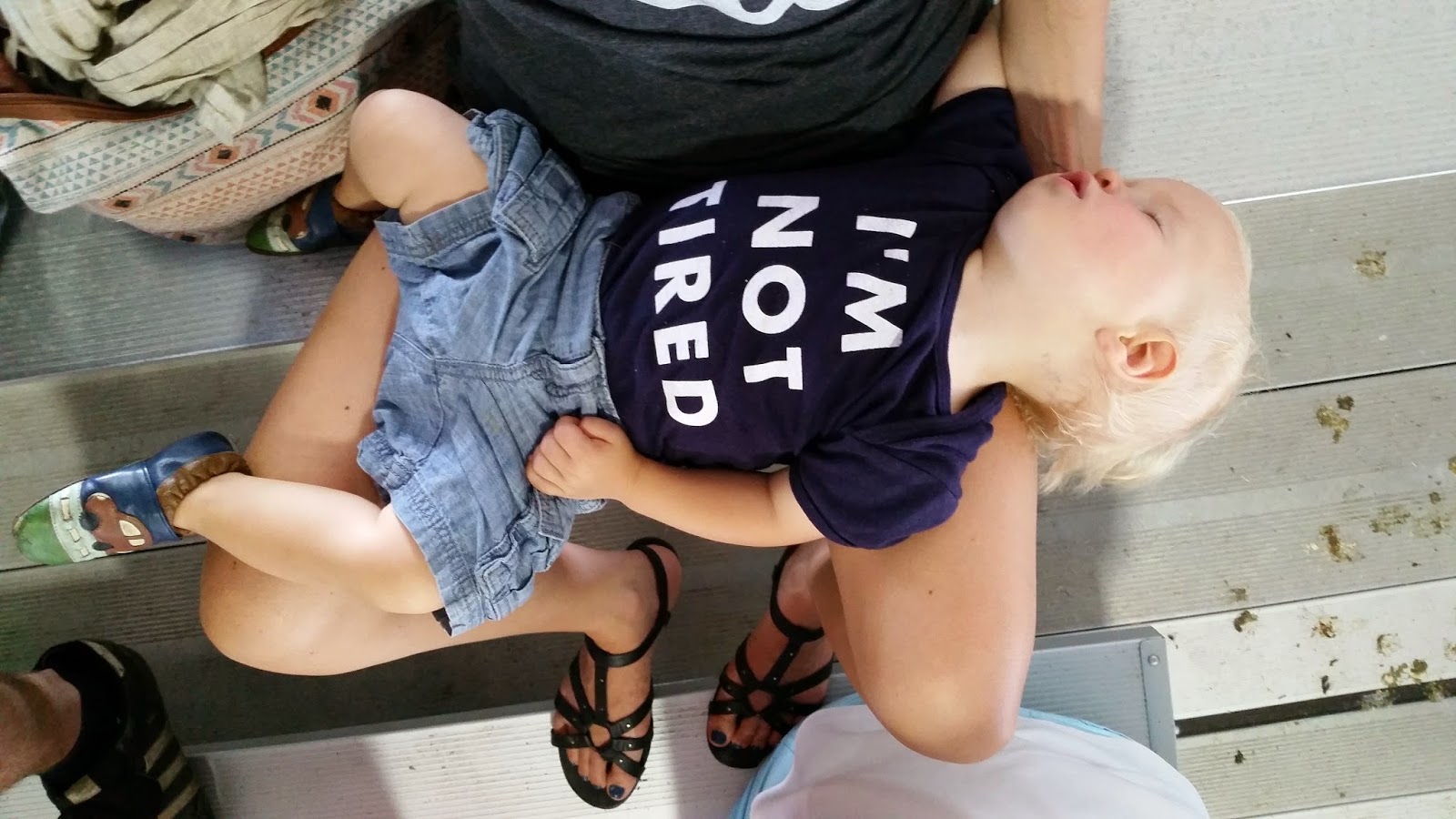 As Summer winds down now, I find myself craving a bit of structure. We will be starting school back up next week, so this week is a rush to get things organized. As we start spending more days at home, I hope to write here a little more often. I am not promising anything though. It will be on my to do list, but not even close to the top. With Will in 1st grade, Sam in Pre-K and a very active and opinionated 1 year old my days will still be plenty full. But every so often I will pop in here to say hello. I hope you all had a great Summer as well!