Dean and I celebrated our 6th year wedding anniversary this past Sunday, the 17th. We were able to plan a little getaway and had the best time! We wanted to go somewhere we could drive to without being in the car for ten hours, so we decided to re-visit the place we went to for our 1 year anniversary. It is an all-inclusive resort in Poconos, PA called Cove Haven. It is one of those cheesy sounding places with the heart shaped everything, but it is so much fun! At least for us it was. It is very activity oriented which is right up our ally.

We got there Thursday afternoon, and while checking in we were told we could have a complementary upgrade to our choice of 2 different better suites; Score! We had originally booked their cheapest room. Then he told us we could also have their most expensive suite instead for a total of $60 more (both nights and taxes and fees included in that price, no strings attached. It was at least a savings of $300!). I told Dean the descision was his, and of course he quickly accepted. Our own pool? Champagne glass jacuzzi? Heck yeah!

Here are a few (bad quality) pictures of our room! 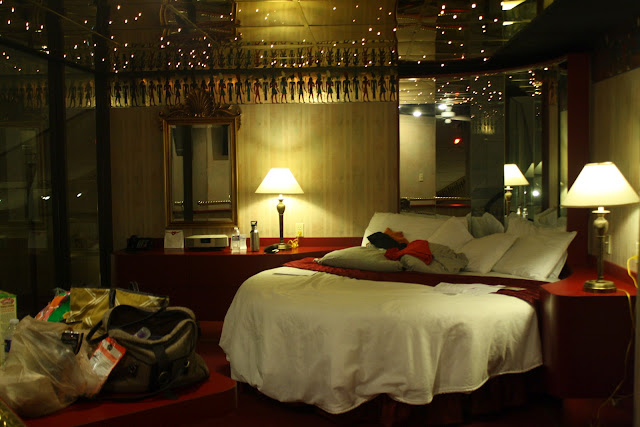 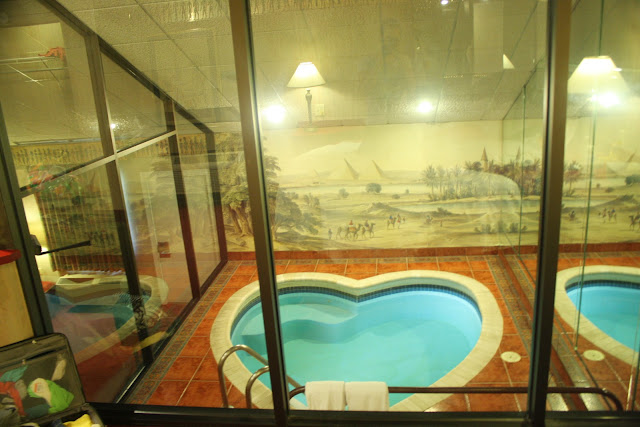 View from our bed; Our own heated pool! It was great having our own pool, especially since their outdoor pools were still a bit chilly. (There was also a sauna and massage table down there too!) 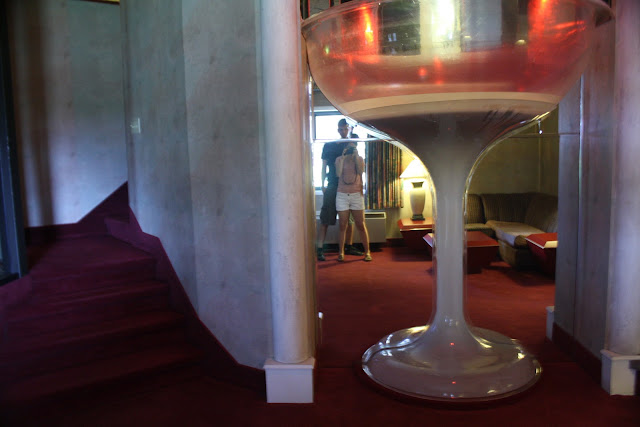 Champagne jacuzzi tub and living room area that also had a fireplace.

They have so many activities you can do from indoor mini golf, ice skating, tennis and racketball, there is a driving range, paddle boating on Lake Wallenpaupack or just relaxing by the heart shaped pool.

Now, if you know Dean at all you know that everything we do is a competition, with bets on the line everytime. For the most part he beat me at everything; Mini golf, air hockey (I should win something just for playing against him; Scary!), basketball, and pool (although I did beat him once, and gave him a run for his money most games.) 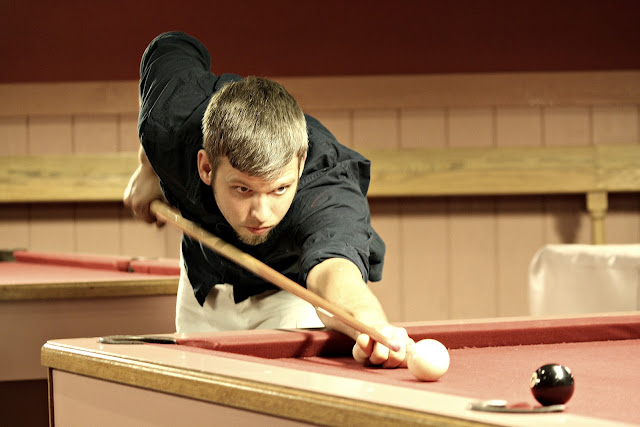 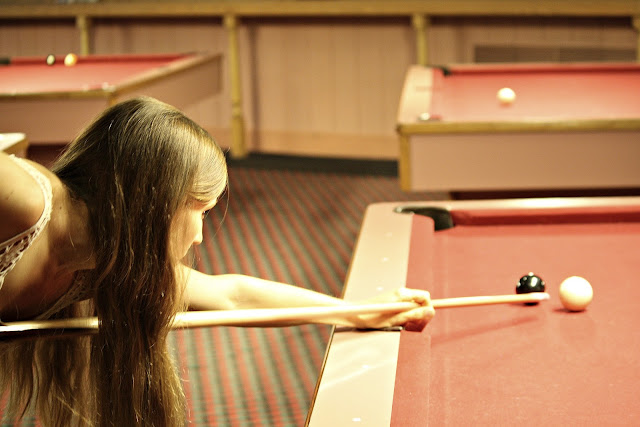 I made this shot. You know. In case you were wondering.

So, it may come as a surprise, especially after seeing my bad form (which I had no idea I was doing, since Dean never corrected me on it. I believe, from fear that I would beat him even more soundly), but I was kicking his butt at archery! 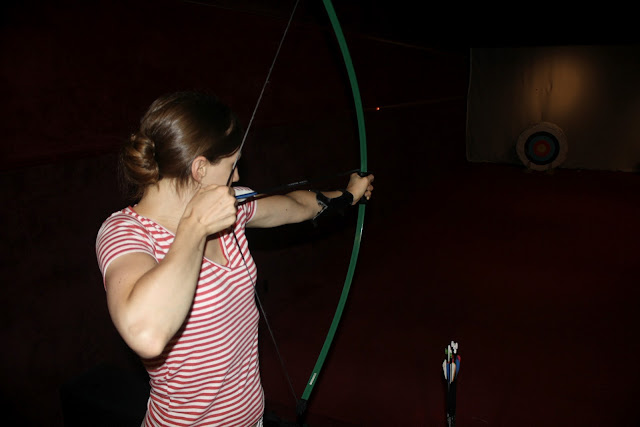 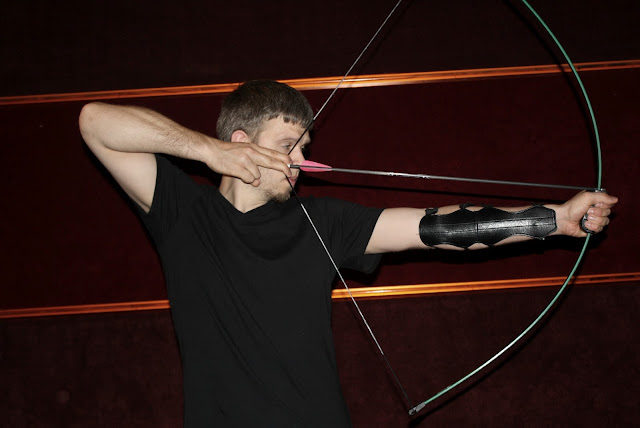 Elbow up, arm in line with arrow = Good form.

In Deans defense though, he did get the hang of it by our last day there and did end up beating me. But in my defense, by then I was so stinkin tired! 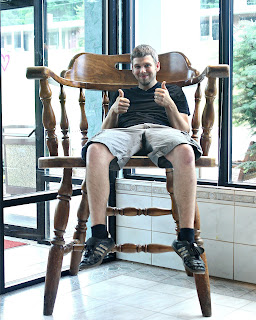 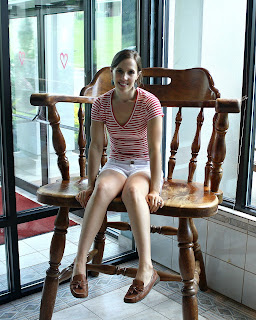 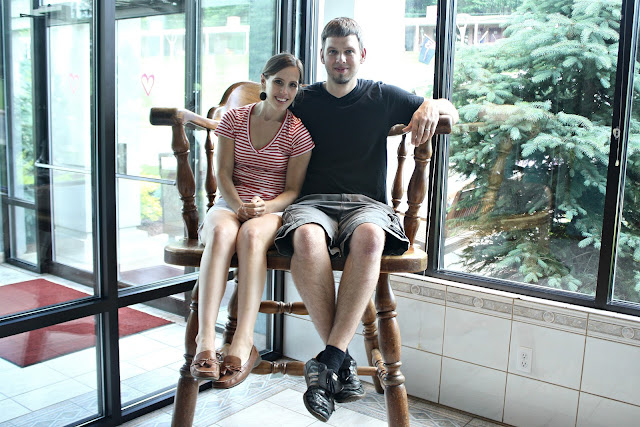 I wish you could see the guy taking our picture. He was totally pulling an Asian!

At 4:15pm, 4 days a week, one of the staff members, who they call the Deer Whisperer, calls out the wild deer to come for a feeding. It's pretty crazy! He walks around yelling, "Here Bambi!" and the deer come running out of the woods. He said the most deer he's had come at once was 70+, and has had a 8 point buck come too! 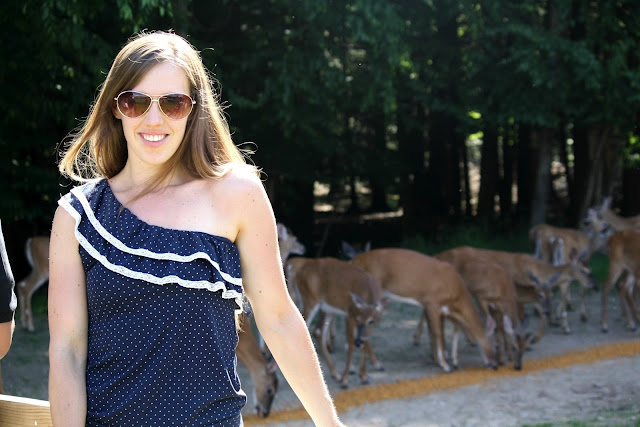 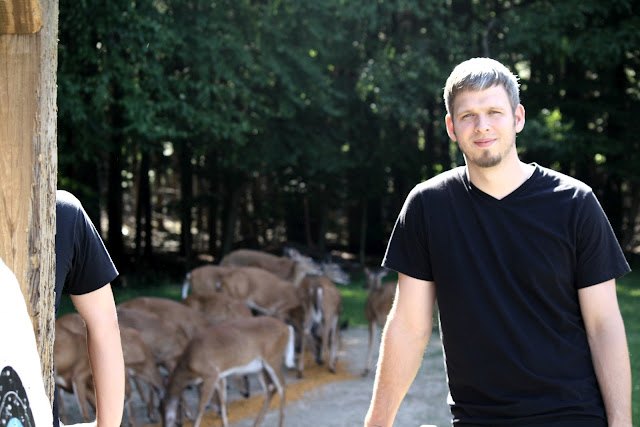 Each night they have some sort of entertainment...bands, comedians, etc. and usually have an audience participation game that was always amusing! It was fun getting to dress up a bit and go out for some dancing and lots of laughs! 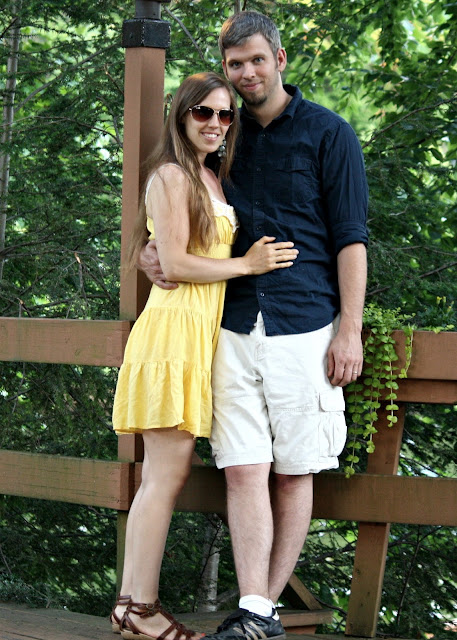 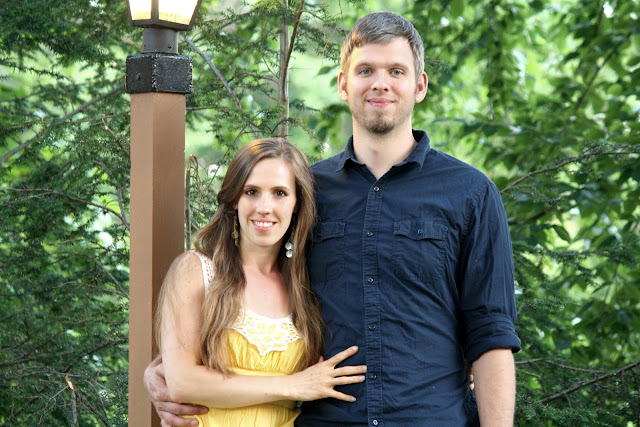 Who is to afraid to ask someone to take a picture for them, so instead becomes innovative and props up the camera on a trash can with her make up case holding it up underneath? That's right. This girl.

It was so great to get away, just us two. Everything was perfect. The food was great. There was never a dull moment (although Dean would say that laying by the pool was pretty dull.) We have lots of fun together, and after 6 years are still pretty crazy about each other! 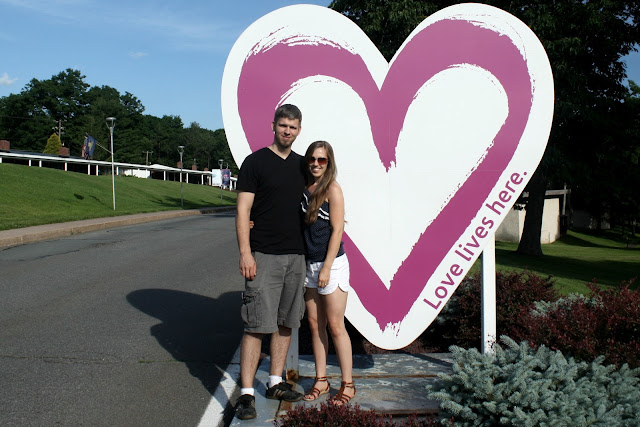