I can't believe my baby is 1 1/2 years old already! I stopped doing my monthly updates at 12 months, but I though it would be fun to do one for his 18 month birthday!﻿ 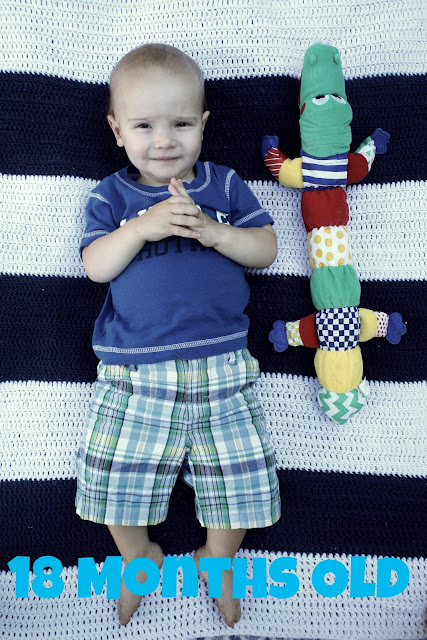 Sam is still my little peanut. I feel like he just never gets bigger, but if you look at his 12 month post you can see that he has grown! To avoid strange looks whenever someone asks how old he is we just say, "He's one!" The fact that he is still mostly hairless doesn't help either! 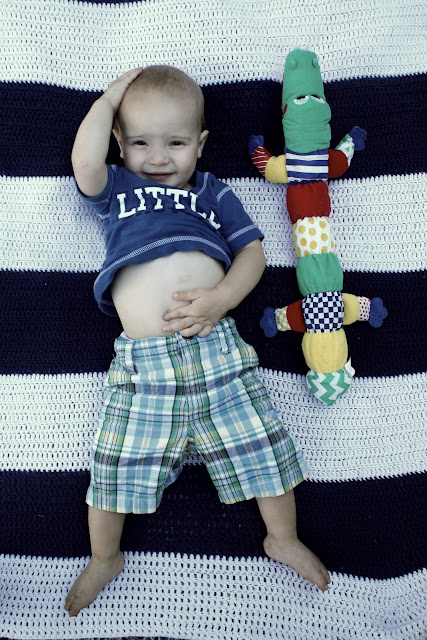 He knows where his head, belly, nose and feet are! 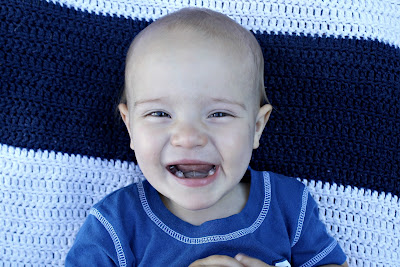 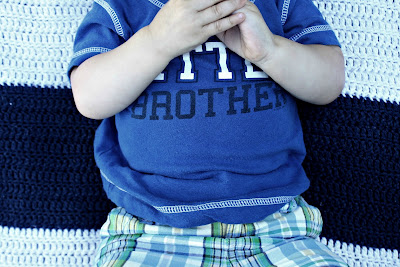 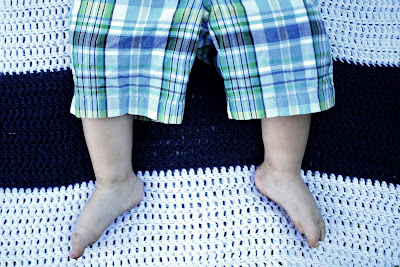 Just this week he has finally gotten the hang of doing some signing.  Although, a lot of the times he's a stubborn stinker about it. He can sign "More, "Eat", "Please", "Thank you", and "All done!" 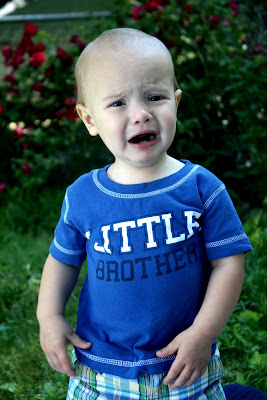 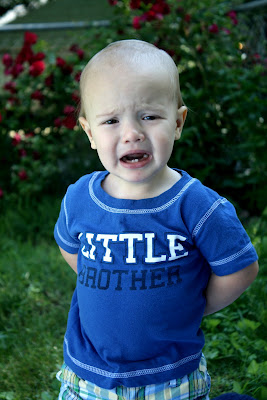 He started walking at a whopping 16 months! He caught on quickly though, and never looked back. Some things never change. He still doesn't like having to stay still for pictures. 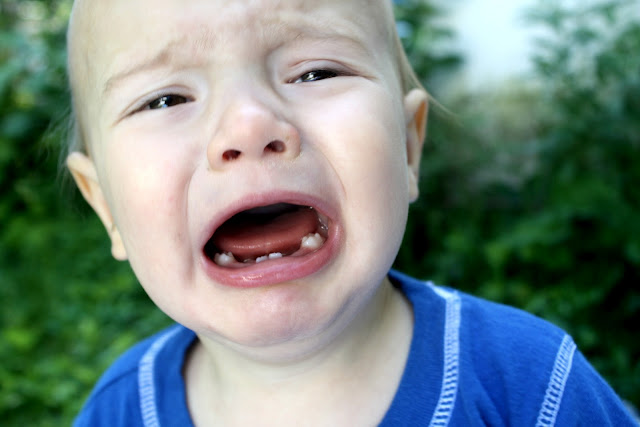 He didn't have his first tooth come through until he was 13 months! But he now has 4 on top,  2 on the bottom and all 4 molars! 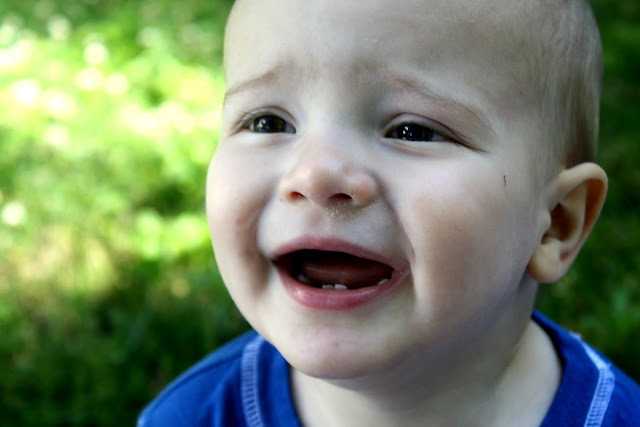 He really isn't a good eater at all, and turns his nose as most things. Some foods he will eat are homemade plain yogurt (his favorite!), cheese, avocado, any fruit, meatballs (didn't see that one coming did ya) and most times he'll eat a peanut butter sandwich, but he has been known to turn that down too. He still loves drinking his milk, and drinking out of mommy's water bottle. He really doesn't nurse anymore. Only time he wants it is in the morning. 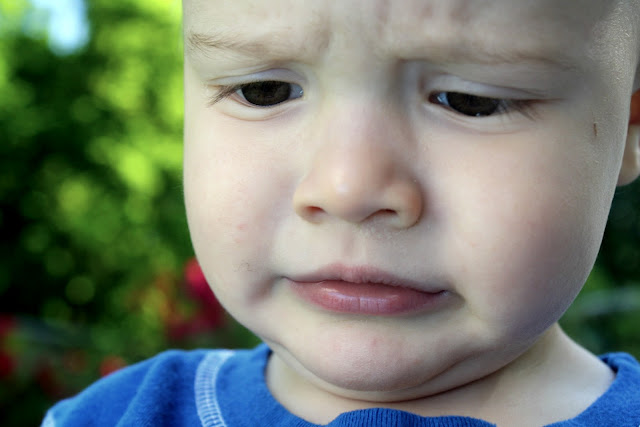 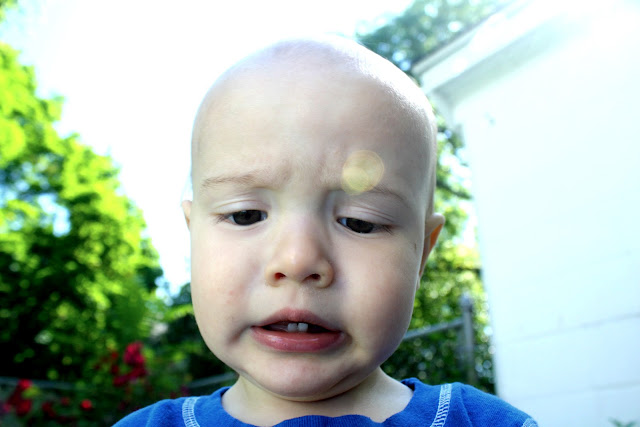 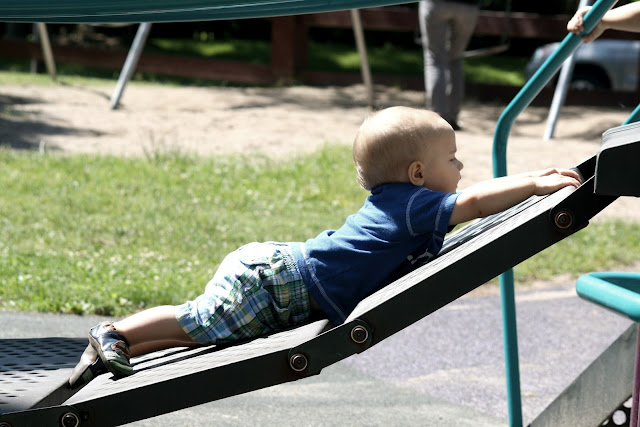 He love, loves, LOVES being outside, and gets really upset if Will and daddy go out without him. He's a pro at our neighborhood park climbing up everything, walking up and down the steps and going down the big kid swirly slide (his favorite!) 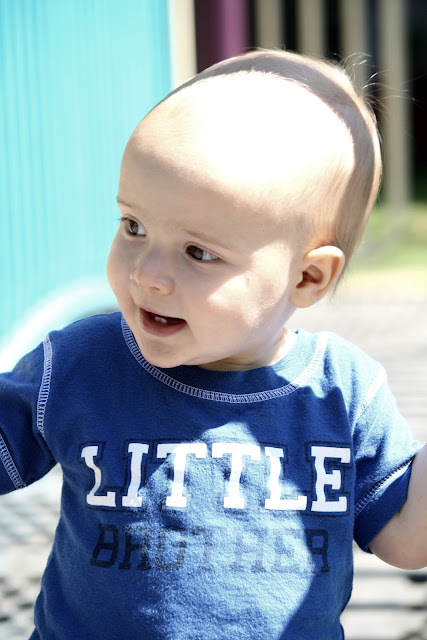 He has gotten quite a little attitude that I don't remember Will having quite so young. He has already had many moments of flopping on the floor and crying.

He is a great sleeper! Sleeps through the night, sometimes waking around 6am, but can be rocked and nursed backed to sleep for another hour or so. He still takes two naps, usually 1.5 hrs in the morning and most times closer to 2hr in the afternoon. We usually rock for only a couple minutes, and then I lay him down awake to fall asleep on his own. I'd love to rock him to sleep, but he just squirms the whole time. And if I try to sing him a lullaby he sticks his fingers in my mouth. 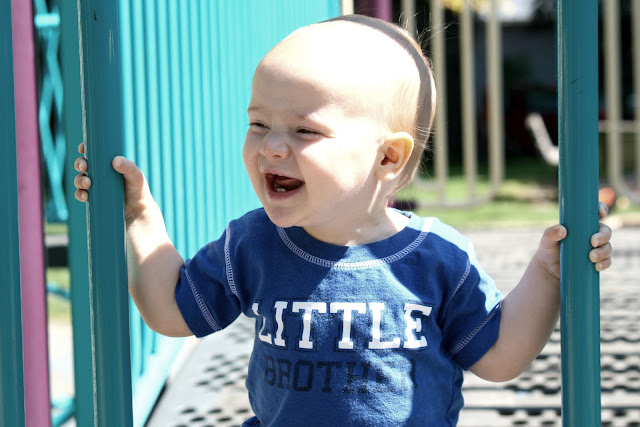 He loves sitting on the steps waiting for daddy to come home from work, and gets so excited when he sees his car coming down the road. He loves reading books, playing in the toilet, turning the tv on and off, looking out the window, and pointing at everything!

Here is a cute video I (miraculously) got of him!