8 years ago today. It was a Sunday. Rainy. My dad talked with his after church, and we got the thumbs up. I was not quite 19. He was newly 21. We held hands in the car. I forget the actual words he said, sorry babe, but he officially asked to court me.

Our story starts a few months back though. We had "known" each other for 7ish years at that point. We went to the same church, and he was friends with my older brother. But other than that we were pretty oblivious of each other. I was the little sister, and he was, well....Deano. The beginning of 2005, my older brother was finally "allowing" me to hangout with his group. We had church on Saturday nights at that time, and a bunch of young people would typically go out to dinner afterwards or hang at someones house. Over time I was no longer just the little sister, but was actually being noticed as...a GIRL.

Our group eventually evolved into a core group of people, with me, my brothers girlfriend and another girl being the only females among the boys. Needless to say, I began to get a lot more attention from them, Dean included. But being that I was one of two single girls around, I knew that it was only natural to be the center of their attention, so I took it all with a grain of salt...at first. Over time it was becoming more and more obvious that Dean's interest in me was more than just casual flirting, and he eventually told me his feelings towards me.

At that time I was in no way looking for a relationship, but I certainly wasn't against one! I was only 18, and was enjoying life. Working, snowboarding and hanging with friends. I can't say that there was ever an aha moment that I knew he was "the one". Our relationship just naturally and gradually happened, and it just always felt right. He asked my dad's permission to court me, and then asked me. We had both of our first's date on my 19th Birthday

From the very beginning, the reason for our relationship was to one day be married. It wasn't to just have fun and see where things go. I think I can speak for us both and say that, from day one, we never once thought that we wouldn't be married. 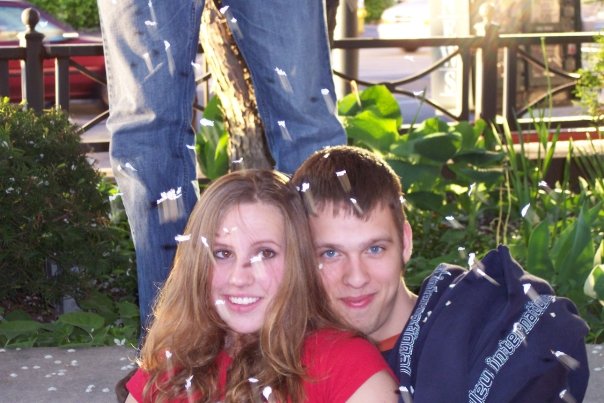 So stinkin' young! I still had a chubby baby face for goodness sake! 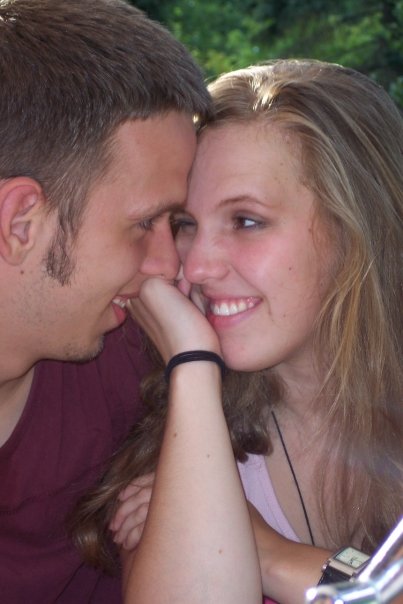 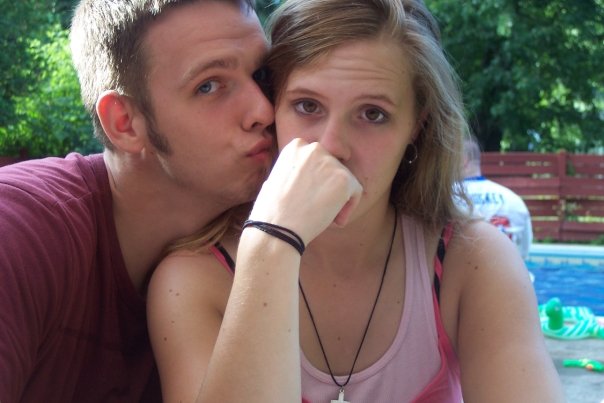 Is it sad that I remember exactly why I was pissed here? We were at a family party for what was supposed to be the whole evening, and he got a text about playing poker with friends that night. He went. Hence this picture. I married him though, so I guess I forgave him.

The next 8 months we spent pretty much all of our free time together. We both still lived with our parents, with our houses being 50 minutes away from each other. We met in the middle a lot, spending our evenings eating at Subway (yuck) and playing lots of pool.

Saturday, December 24th, 2005. It was our 8 month anniversary. Just like all the past "month" anniversary's, it was a HUGE DEAL people. But it was also Christmas Eve. I asked him earlier in the week if we would be able to do something to celebrate a whole 8 months together. He said he really wasn't sure if we would be able to. Since he was planning on spending most of Christmas day with me and my family, he said he might have to be home on Christmas Eve with his. We did end up going out. It was a BEAUTIFUL winter day. 60 degrees and sunny. We met at our current favorite restaurant, Red Robin, for dinner. When he showed up wearing a new, brown, plaid dress shirt I knew what was coming. He had flowers as well, but it's the shirt that gave it away. We had dinner, most likely we both ordered the chicken teriyaki burger, and afterwards headed off to a secret location.

Thankfully, I had been told before about some land his parents owned at the time. So, when we were driving down a dark country road, and he suddenly veered off through a ditch and into some woods I wasn't fearing for my life. He had it all set up with not one, but two fires ready to go (he knew I valued my warmth). He had a blanket, his laptop with music and a plastic bucket with the makings for s'mores. We talked, roasted marshmallows and stared at the coolest fire ever. At one point the talking eventually stopped, and we lay there side by side on the blanket in complete silence for AT LEAST 10 minutes. I knew what was coming, and realized that he was trying to work up the nerve, so I just waited. He eventually spoke, saying sweet romantic things, I am sure, and for the first time told me that he loved me.

He had told me early on in our relationship that he took those words very seriously, which I thought was super romantic and was very thankful for. I think those words are thrown around way too easily.

Since we were both sitting down, he asked me to stand up. He got down on one knee and asked me if I would marry him. I said "Yes" and he put the most beautiful ring on my finger. 6 months later we got married, and the rest have been the best years of my life. I love you so much baby. I am proud to call you my husband. Happy 8 years! 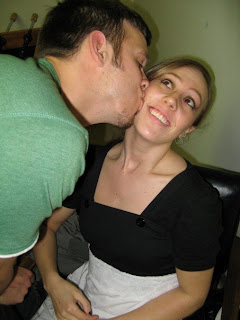 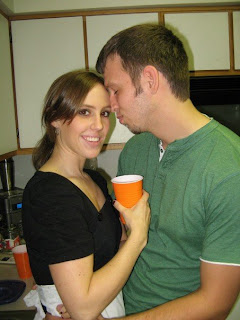 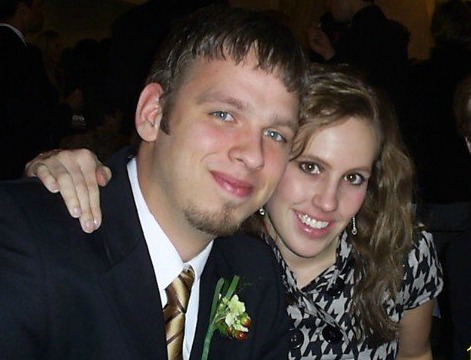 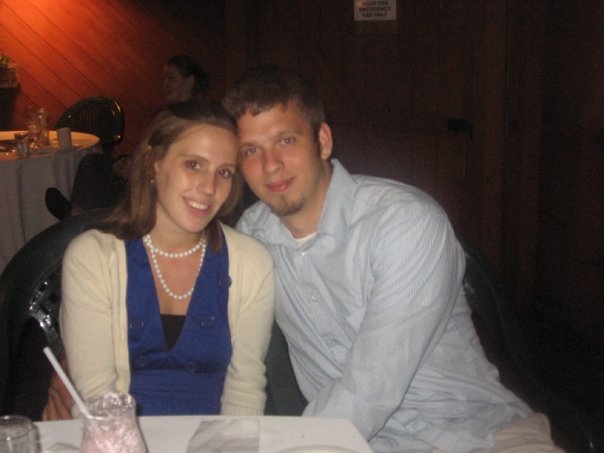 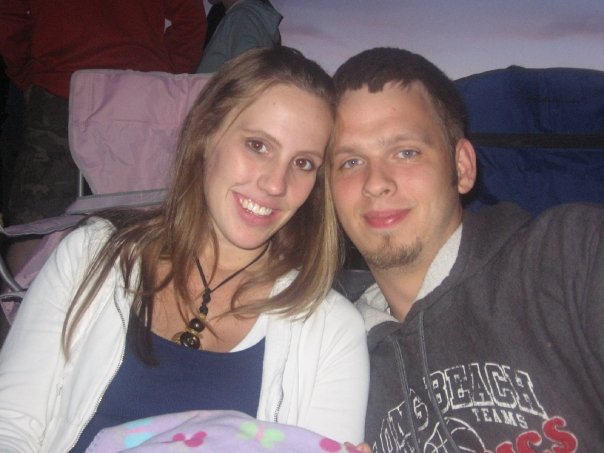 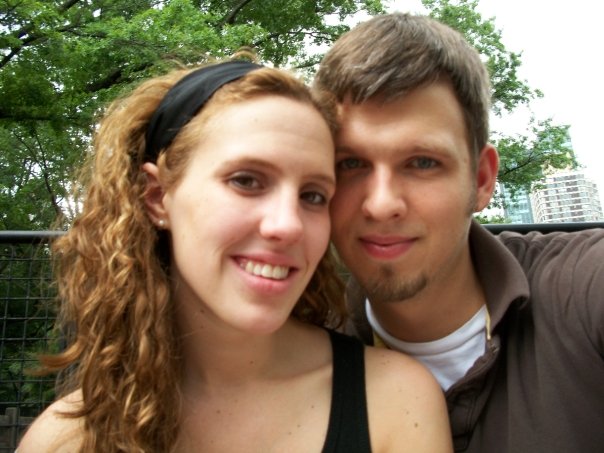 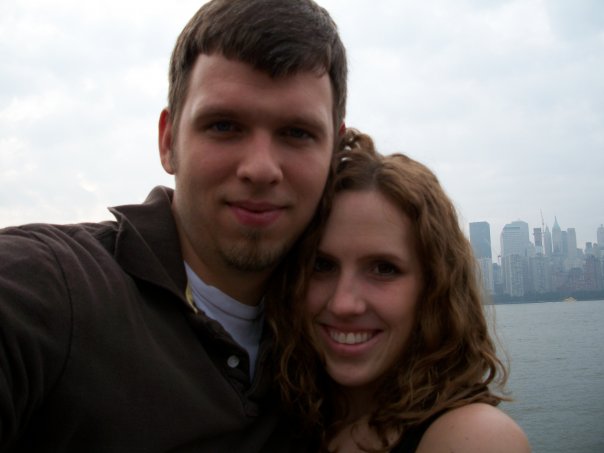 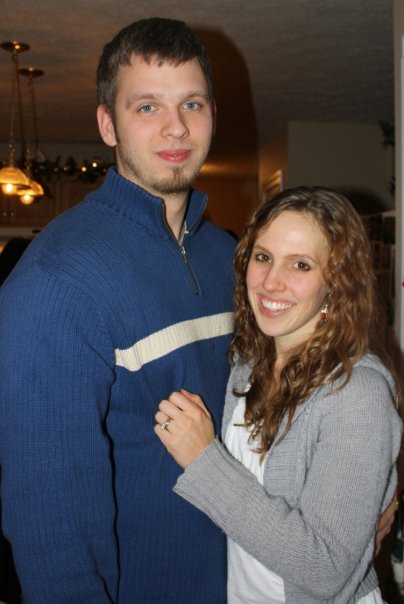 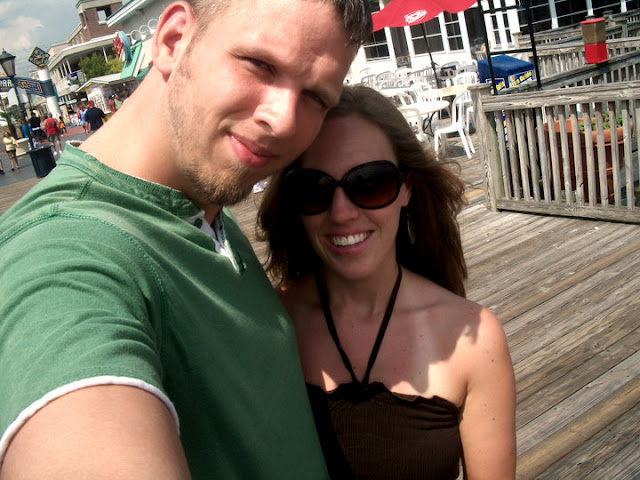 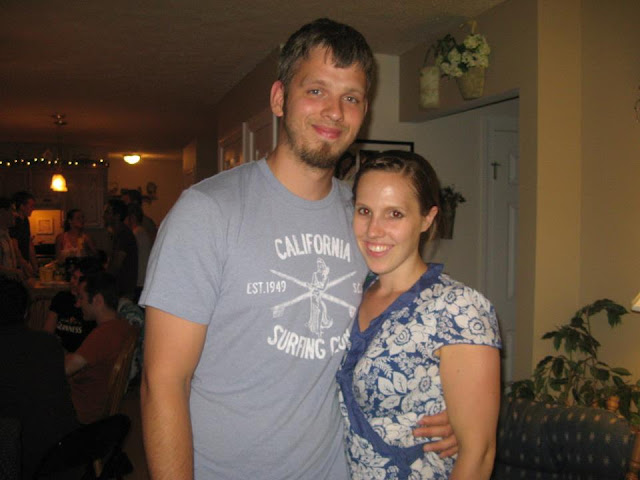 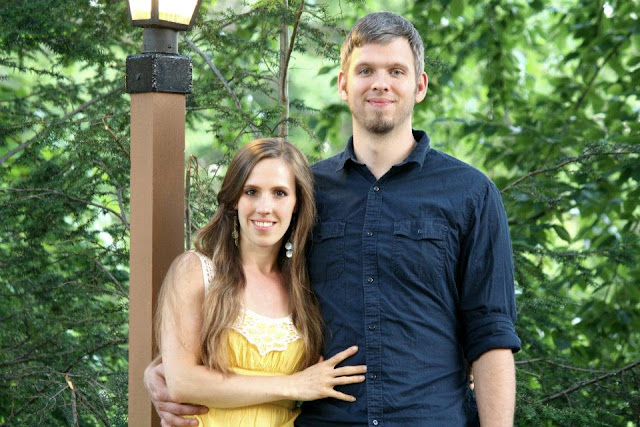 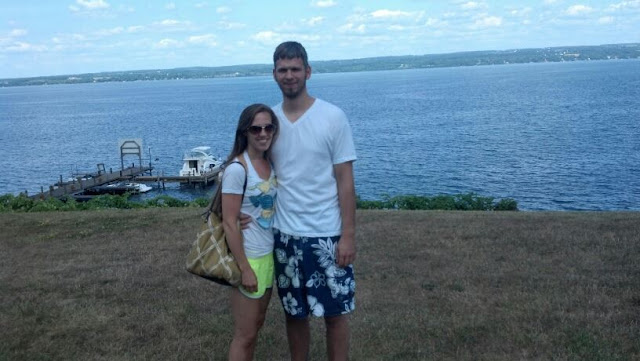 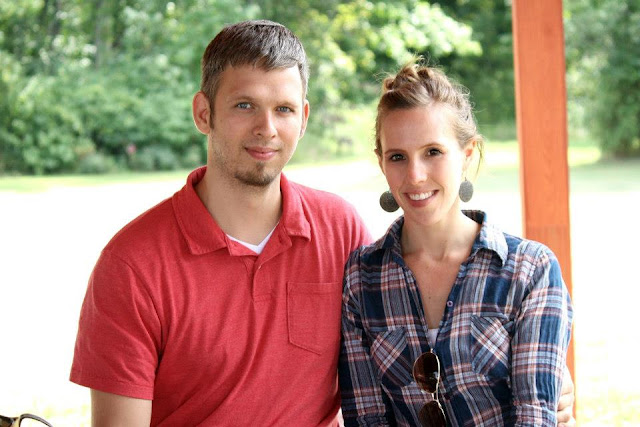 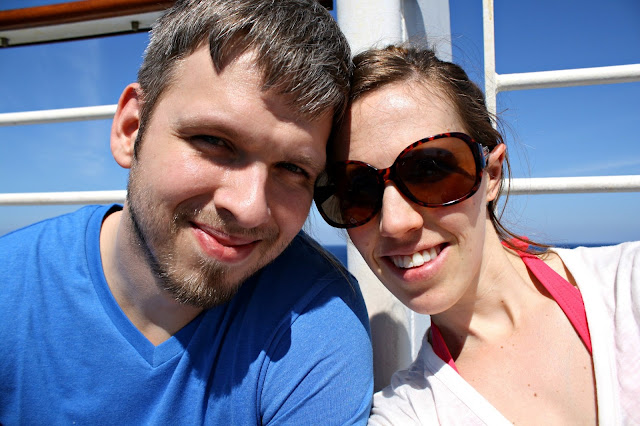 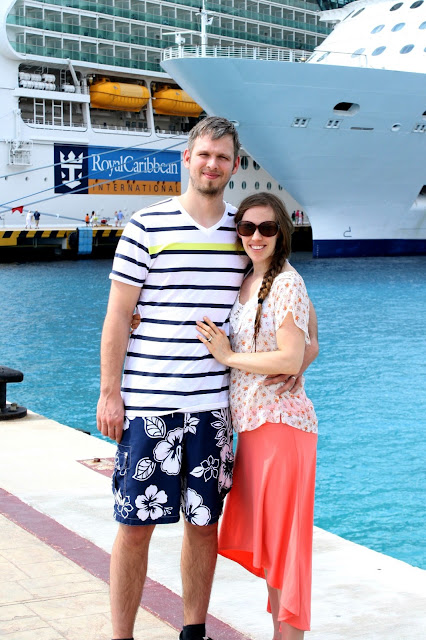 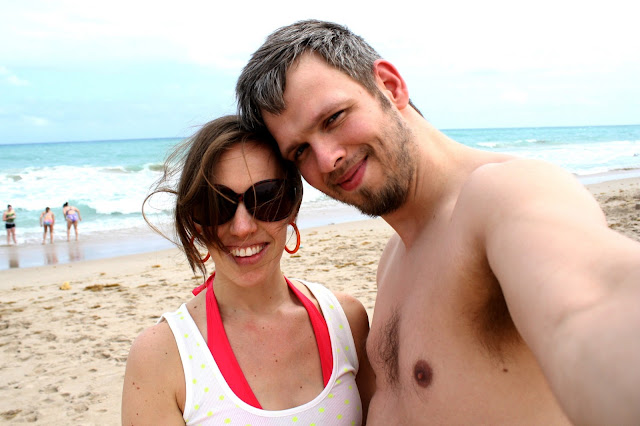 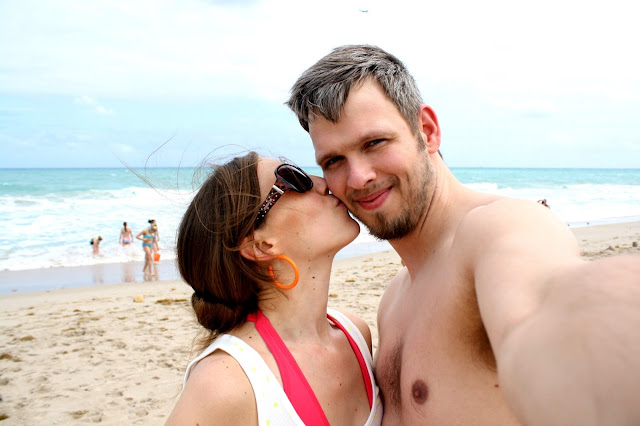