Well, we made it back safe and sound and only a tad bit burned. As much as I hate using sunscreen this stuff did the trick. Our first full day on the boat was nice and sunny, so we slathered on the sunscreen before heading out in the morning. Only thing is I forgot to put it on my shins and feet. By the end of the day they were blazing red and on fire, complete with finger streaks and sandal strap lines! The rest of the trip I looked like a had a bad rash on my shins. Pretty unattractive, but I was just glad it wasn't on my whole body! I also burned my head where my part is. That sun is intense! 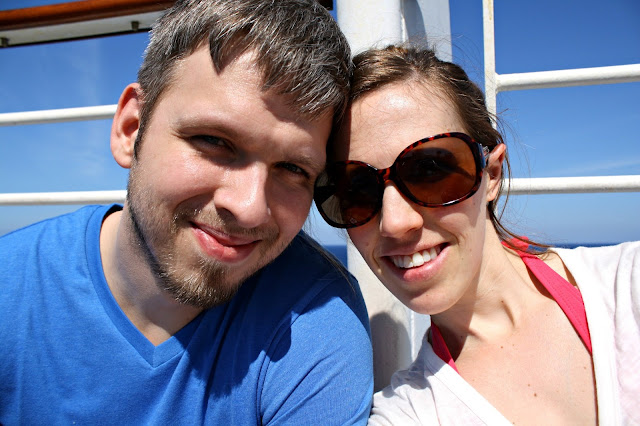 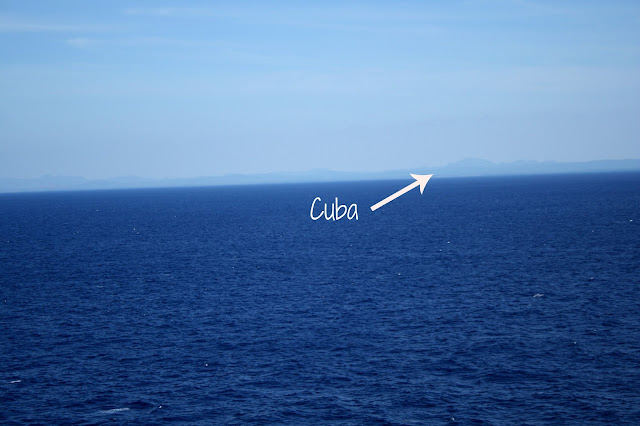 My attempt at taking a picture while passing by Cuba

Overall it was a great time! Flights worked out (even though we were close to having to full on run through the Detroit airport on our way there to make our connecting flight to Florida), our luggage made it with us (something I am always nervous about when flying), and we had no issues traveling with no passport.

Our days went a little something like this: Sleep in. Have breakfast made for us. Lounge by the pool reading or chatting. Have lunch made for us. Watch a men's belly flop contest, play some mini golf, Dean played in a dodgeball competition one day, and we watched people wipe out on the surf simulator.  Then we would shower and/or nap before getting ready for dinner; which was also made for us. Did I mention I never had to make a single meal outside of putting already made food on my plate from a buffet? 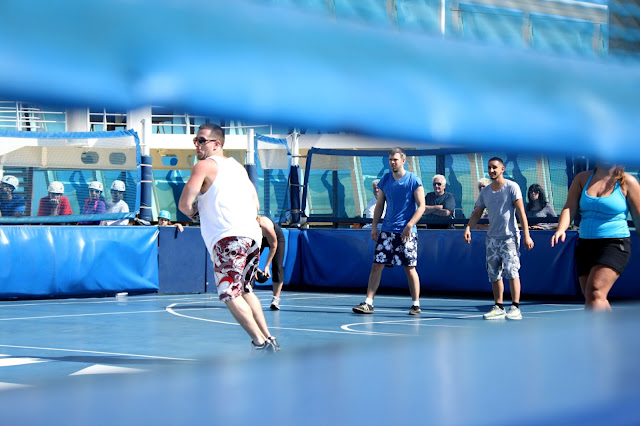 After dinner we would walk around, play some Guitar Hero at the arcade or spend some time in the hot tub outside while a movie played on a big screen. Dean played some poker and I would play some black jack. Most nights there was an audience participation game (Think Battle of the sexes or Quest (a scavenger hunt through the audience type game)). There was live music playing with dancing every night in various locations, and one night they had an outdoor party with live music and dancing.

We spent one day docked in Cozumel, Mexico. To be honest, it wasn't as glamorous as it sounds. You could either just stay by the pier and check out all the little shops in what felt like a compound or choose to do an excursion (see the Mayan ruins, scuba dive or snorkel, go to a beach, etc). Either way you had to pay and be taken somewhere else. I would have been happy with going to a beach, but Dean really wanted to snorkel. I figured it was something that we wouldn't have another opportunity of doing anytime soon, so we snorkeled. Ask Dean, and he had a great time. I pretty much just put up with it at first, and it was alright. It was tough getting used to the whole breathing thing, and my goggles kept fogging up. But once I got salt water in my goggles/eyes about halfway through, it was over. Done. I was perfectly happy to sit on the boat the rest of the time and read my book. 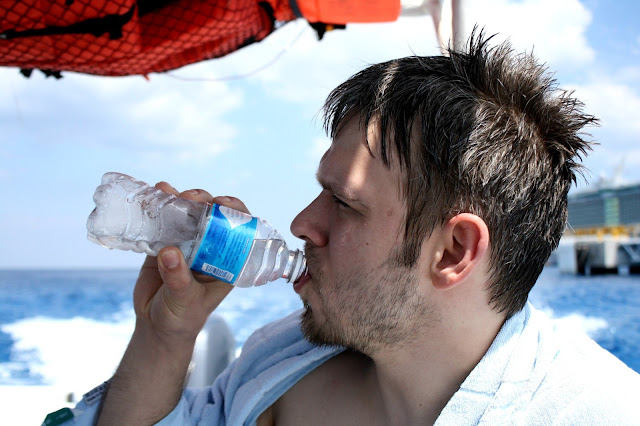 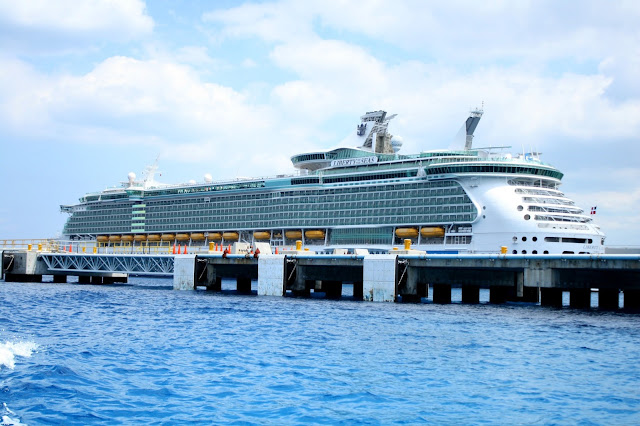 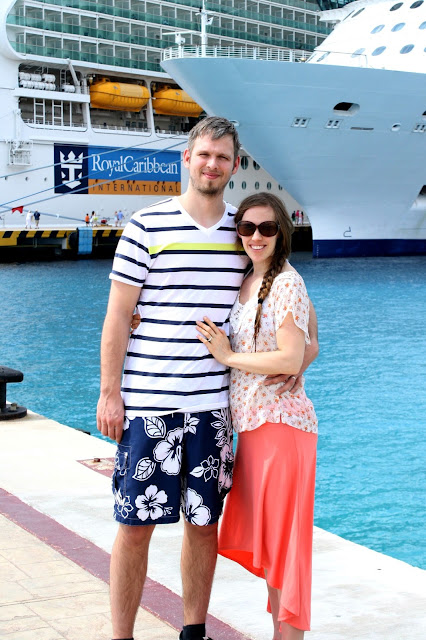 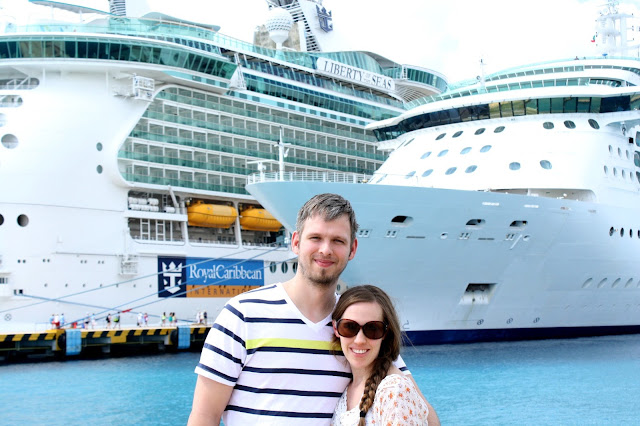 Gotta love the great cropping skills of some random guy walking by.

The last day of the cruise we were off the boat by 11am, and since our flight back home wasn't until the next morning we had all day to spend in Ft. Lauderdale, FL. We left our luggage at our hotel and took a taxi to the beach for the afternoon. We got some lunch before settling on the beach, and of course we had to go here! 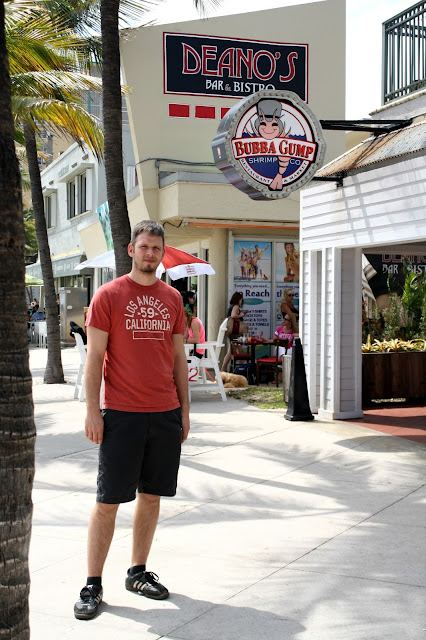 It was pretty cloudy all day, with just a few breaks of the sun shining through, which was kind of a bummer. The water was chilly, but Dean went in anyways, not wanting to miss out on a chance to play in the ocean waves. Then we just hung out in the warm sand, playing 20 questions for at least an hour, while Dean sat in his makeshift chair and I dug a hole in the sand so I could lay on my stomach. 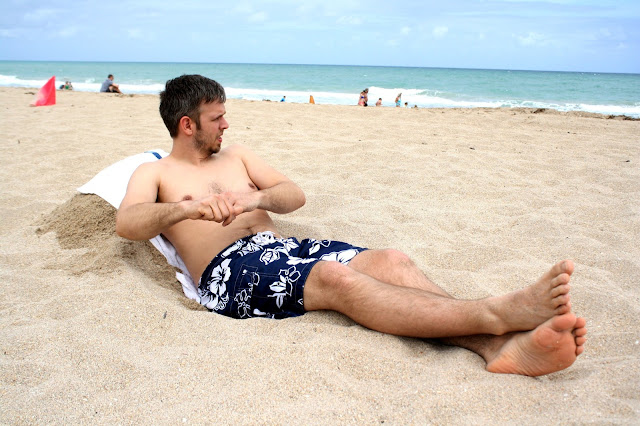 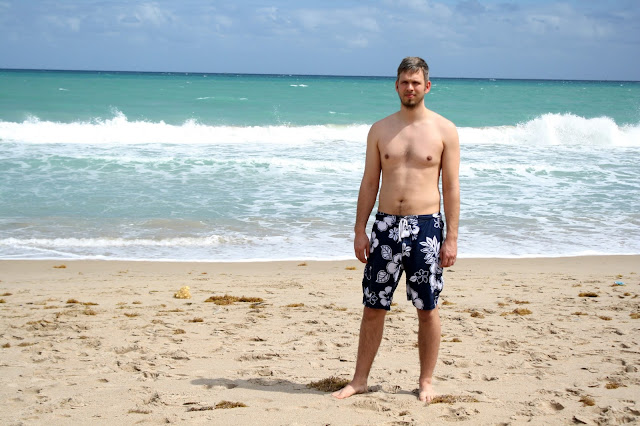 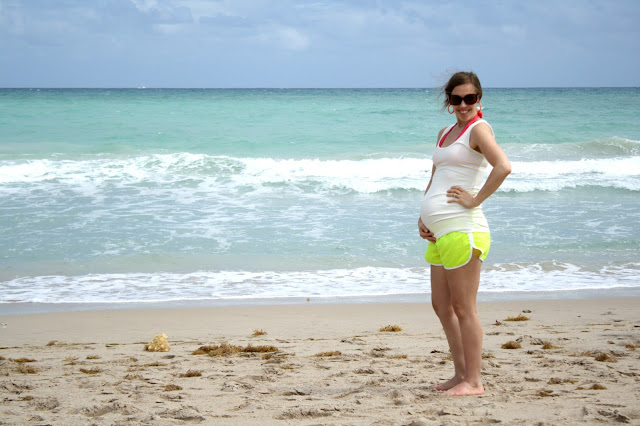 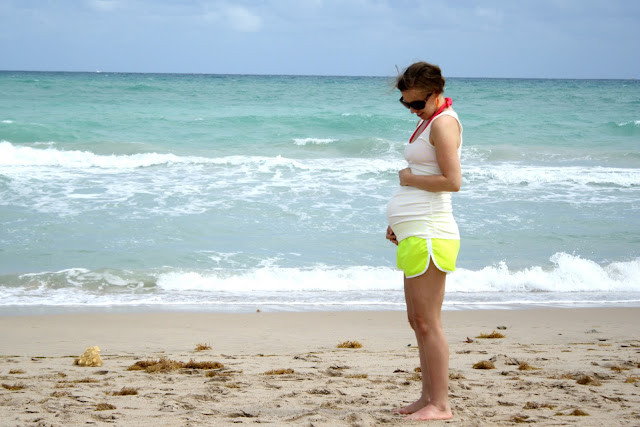 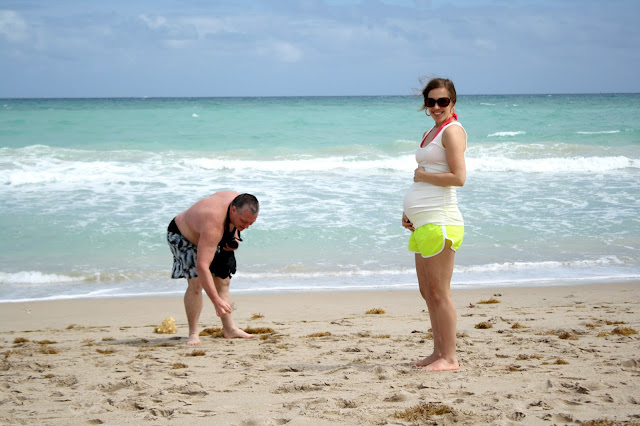 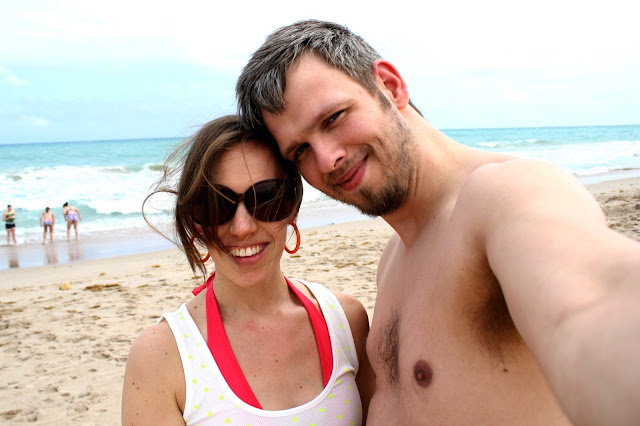 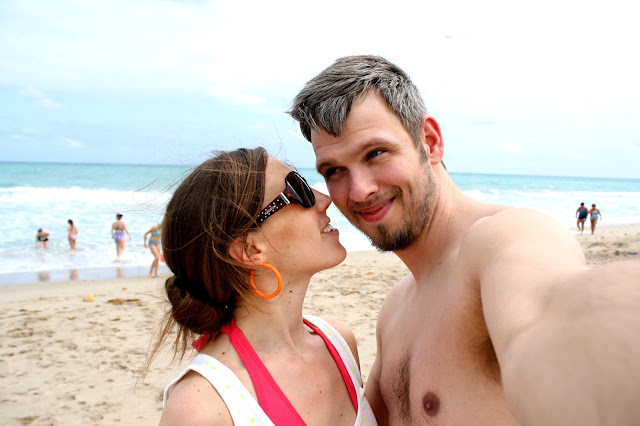 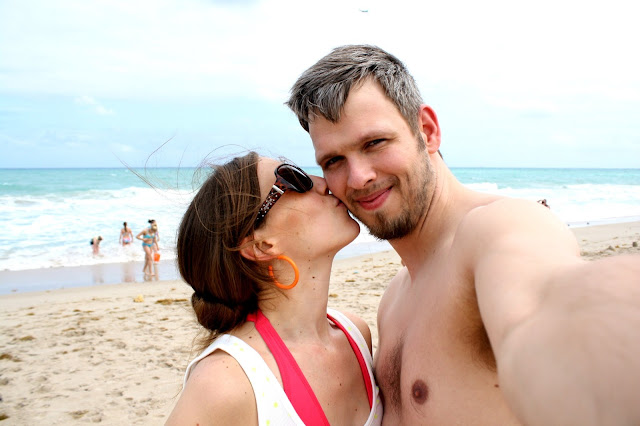 I would have to say, not having to cook a single meal for 6 days was probably my favorite part about vacation. It comes close to the warm and sunny weather. And of course spending almost every waking minute with my husband, and never getting tired of each other. That was fun too. Although, I can say I am very happy to be back to eating my kefir smoothies, apples with almond butter and deviled eggs. As nice as it was not having to cook, after awhile cruise ship food gets old.

By the end, we were super anxious to get back home to our boys. I wish we got it on video, but their reaction when seeing us at the airport was the best. They did great while we were away, having fun between both sets of grandparents, but they were so happy to have us home. Will, especially, was full of hugs, kisses and cuddles that first night back.

I thought for sure it would be hard getting back into the normal routine of life, but it has been just fine. I could definitely do without this cold weather though......
Posted by Stacey