Or as Will would say, we went "bowlings ball." It took us almost 3 weeks and about 5 times rescheduling, but we finally made it work. It was Will's first time bowling, and he took it all very seriously. I wish I had brought my video camera! He would stand there with a blank stare, just waiting. Then when it was his turn he would rush right up to grab his ball, wait for daddy to line him up and push! 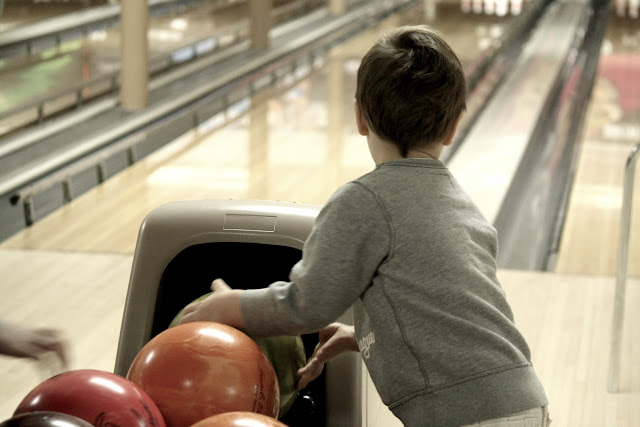 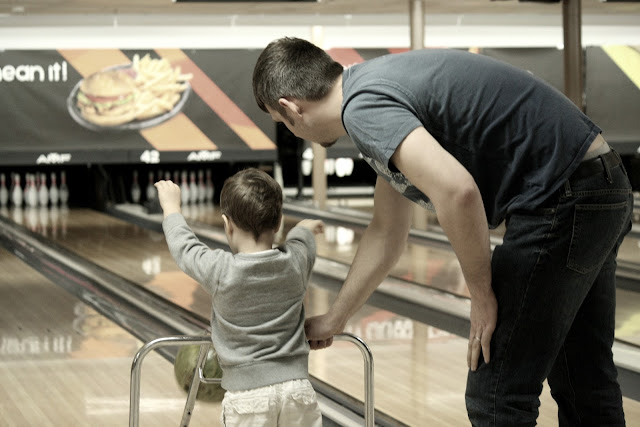 Down it would roll, taking it's time. 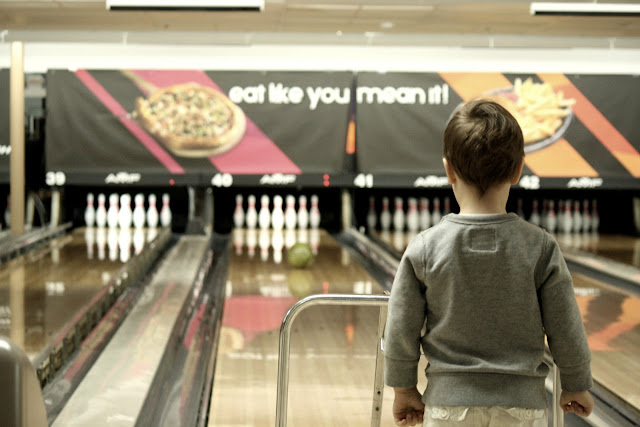 And there he would wait, anxious to see what would happen. 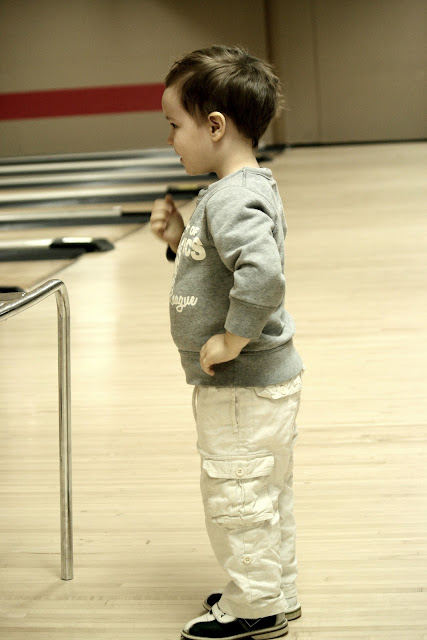 If he got some pins down he would do a double fisted "yes!" If he missed he'd do an "aw shucks" motion, like this... 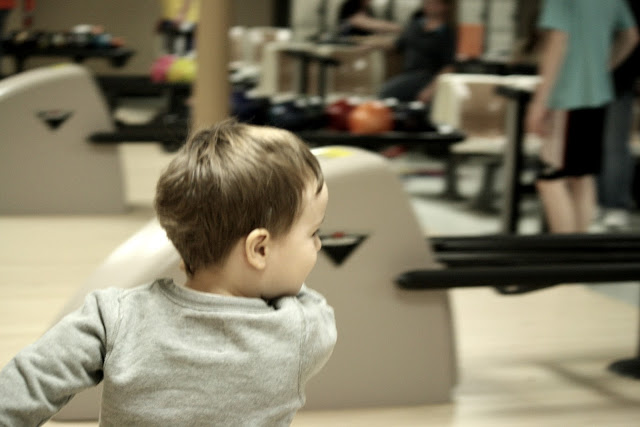 ﻿It was pretty much the cutest thing ever, but I'm partial. I also realized it is pretty much impossible to get a good/cool/hott looking picture of someone bowling. Take these for example... 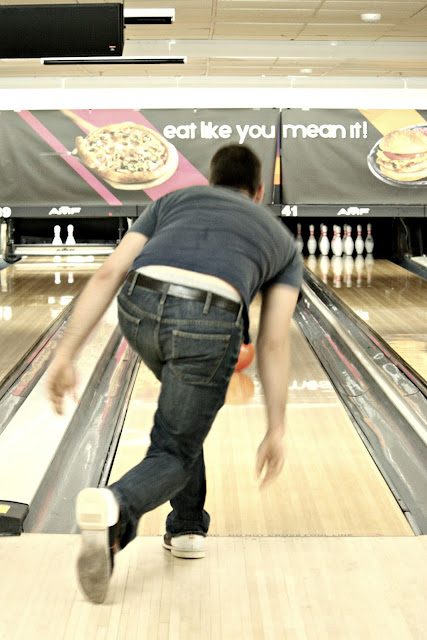 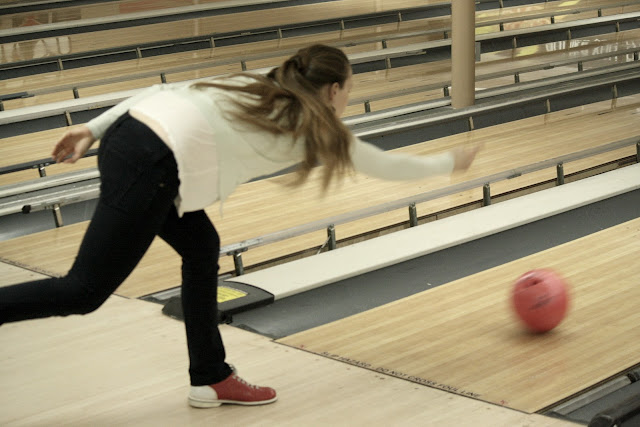 It was a really fun time though. Some of my family and some friends were there too. I didn't do that well, but I didn't break any nails and I got better than a 39 (my record low) so I would call that a success!

As we were leaving my sister let Will play a snowmobile arcade game. The 3 minutes he got to play that pretty much topped the whole night of bowling as being the coolest thing ever. 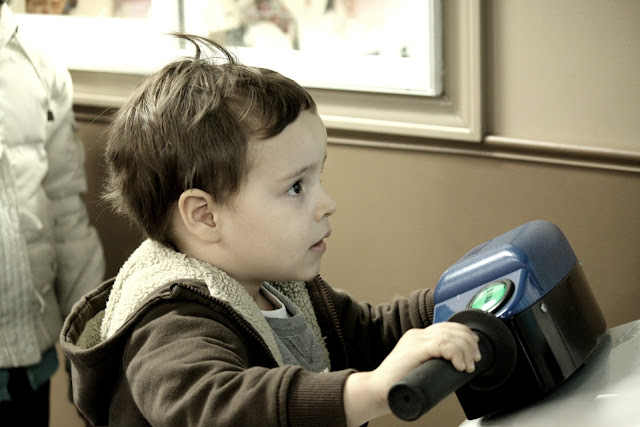