This was the first Christmas (*Eye roll* Yes, I am still talking about Christmas. This is the last time, I promise) that Will really understood about the whole present thing. We always go over to my family's house Christmas morning, but I thought it would be fun to have some time with just us four opening gifts around our Christmas tree before heading over.

I didn't want to get carried away with piles of gifts. I knew Will would be plenty spoiled by his Grandma and Aunties (which he was), so I just got him a couple things.

First, I made a wooden block memory game. I absolutely love how they turned out! 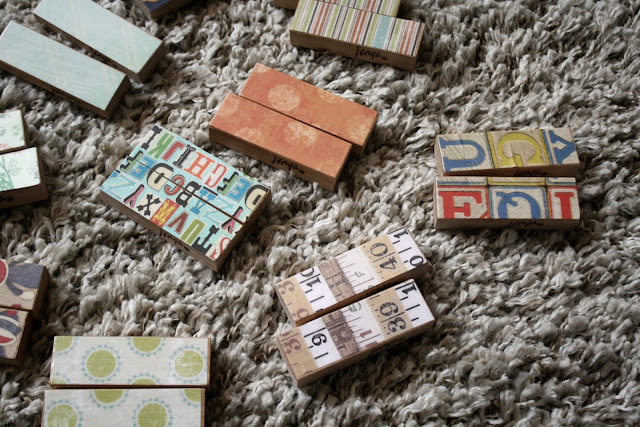 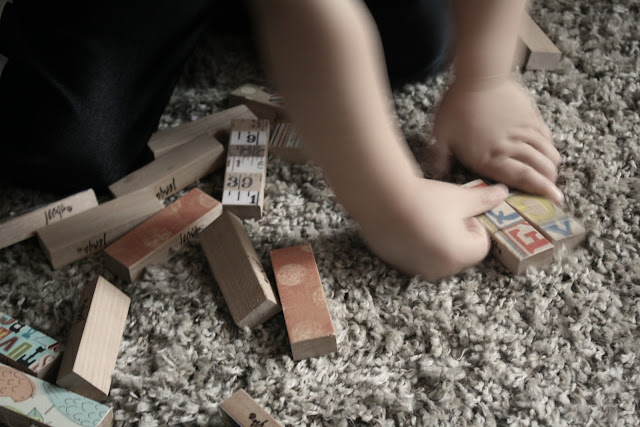 I used some Jenga blocks I already had, and modged podged scrapbook paper onto it. Super cute right? 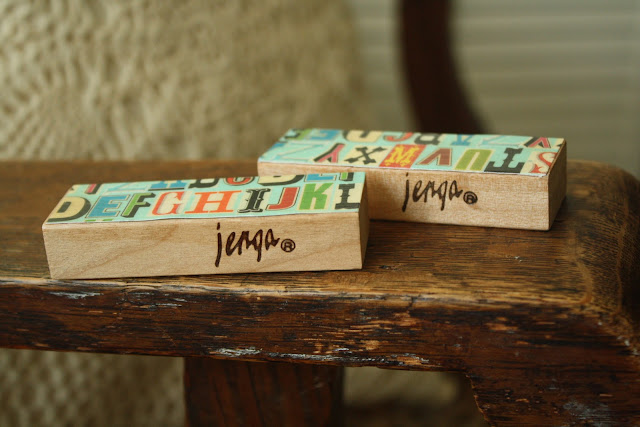 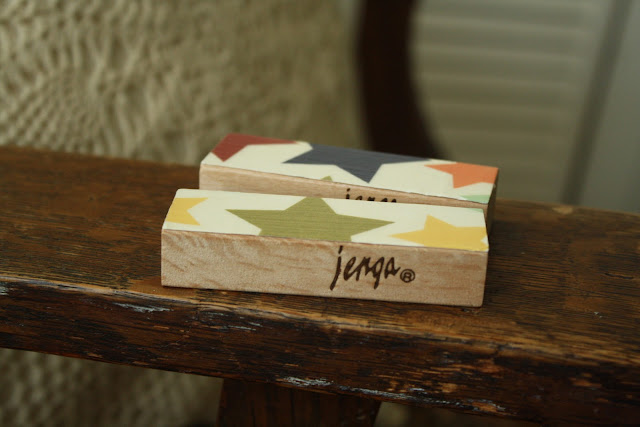 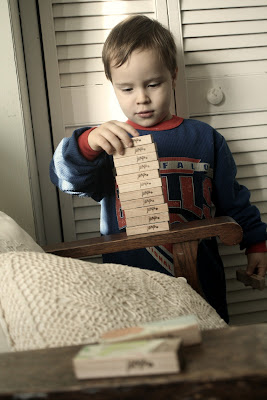 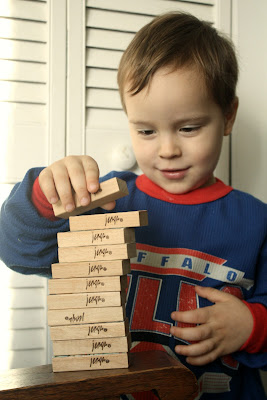 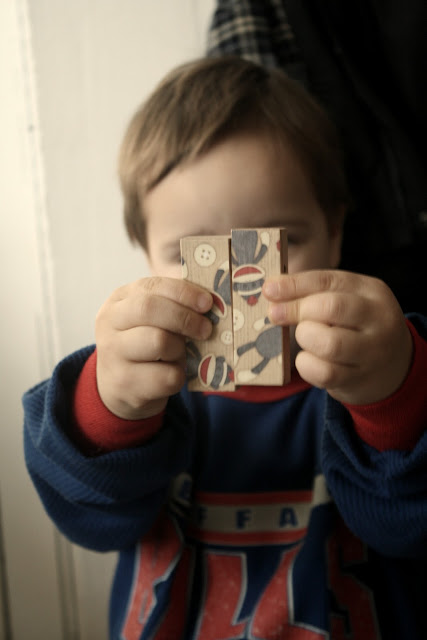 Will loves playing with balls, and has quite the arm on him. Even though he already has a plethora of balls around the house, most of them aren't very inside friendly. Like, actual adult sized soccer and baseballs. So, I wanted to make him a safe, softer ball. You know, one that wouldn't knock Sam out when it inevitably hit him. So, I crocheted him one. I know, I know. I am such a cool mom. 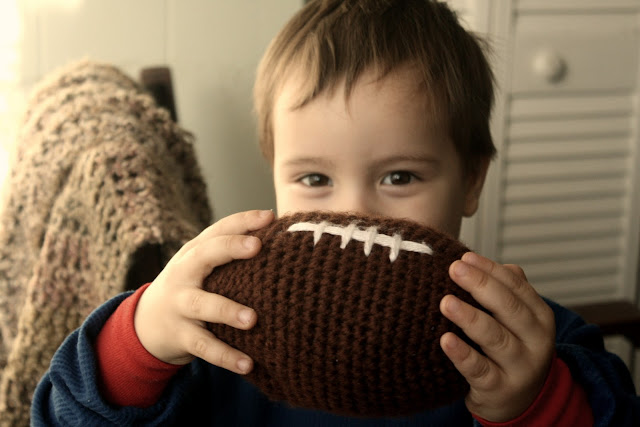 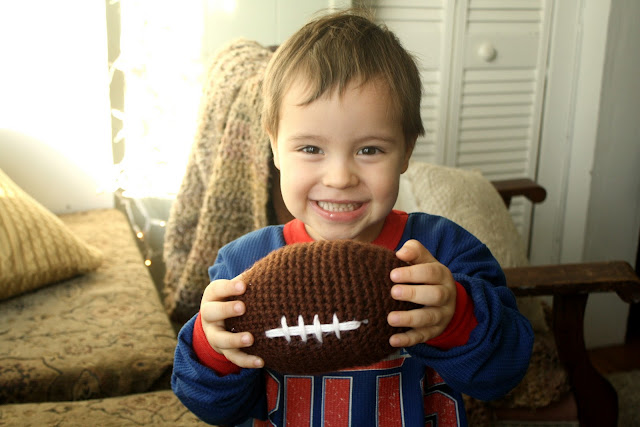 It turned out pretty well. I made it bigger than the pattern had it, and I messed up just a little. But thankfully it isn't very noticeable. 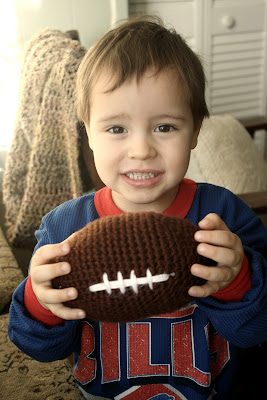 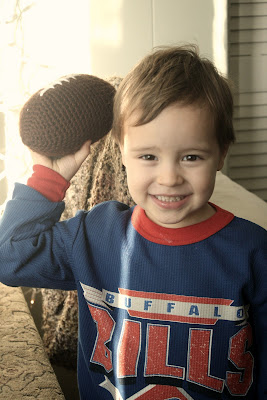 Will was very happy with his gifts! He immediately wanted to play catch with daddy after opening his football. We play his memory game almost every day, and Will is just awesome at it. I know I'm partial, but this kid is pretty smart. They also double as building blocks, and teething toys for Sam! 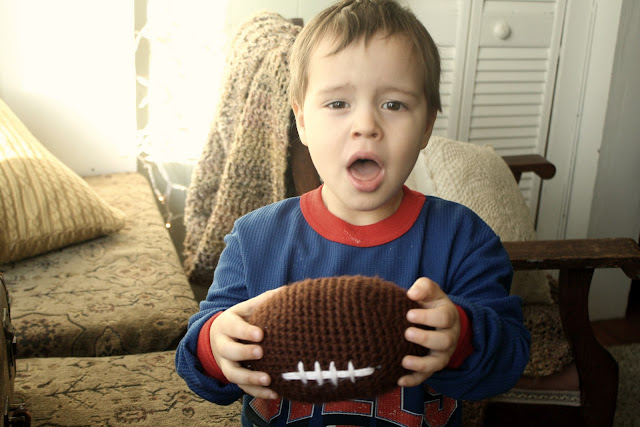 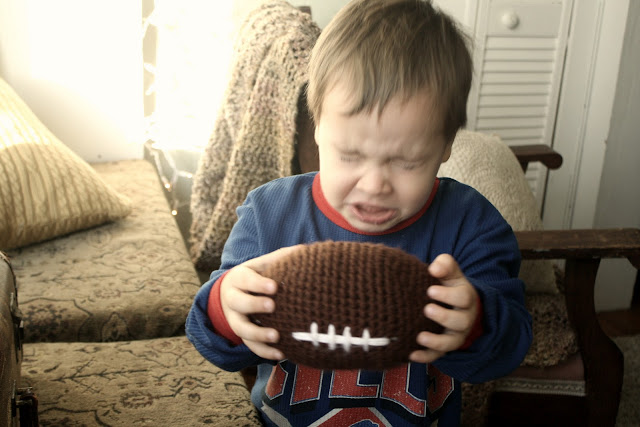 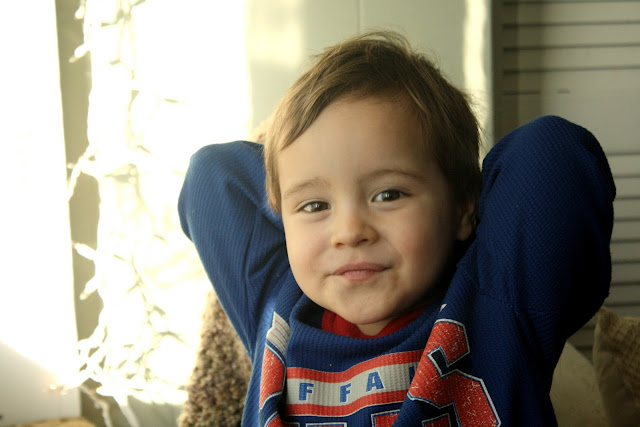