We had such a nice, low key July 4th. Dean worked a half day, and got home at 2:30. While the boys were napping we had some lunch, watched random things on Netflix, and played a little Nintendo DS (yes, we're cool like that). 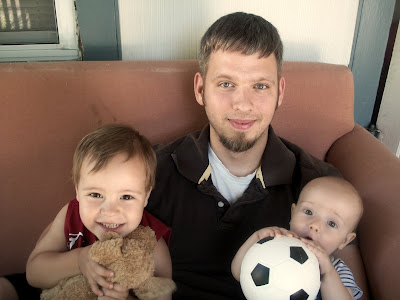 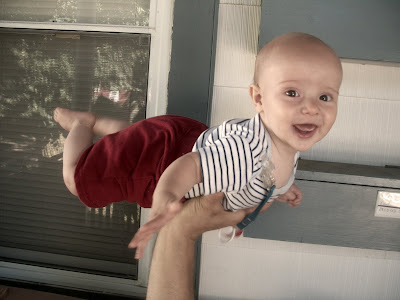 Hanging out with Daddy on the front porch
Once the boys were awake we packed up the car and headed out for some Fourth of July festivities. Our tradition of 6 years now (although we missed last year, boo) is going to Henrietta Town Park for fireworks. They have lots of activities for kids: Pony rides, bouncy house and slides, magic show, face painting, and a huge playground. Poor Will has impatient parents though, and didn't get to do any of that stuff (except for the playground). The lines were so long! We did not feel like standing in line for 30 minutes, so he could ride a pony for 30 seconds.

We walked around a bit, and ate some hamburgers, pizza and ice cream. We got some kettle corn as well, and then plopped ourselves down on our blankets. 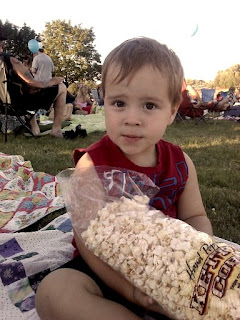 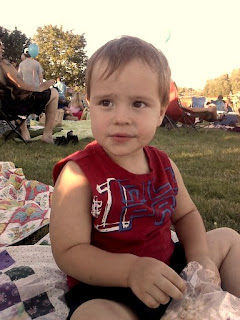 Stuffing his face with Kettle Corn
It was fun watching people steadily stream in and pack the park. Everyone just sits there, content to wait a couple hours for the big show to start. You've gotta get there early if you want a good spot! 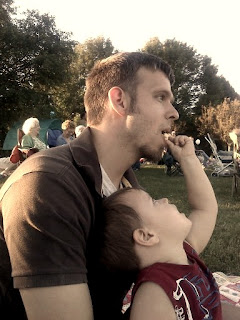 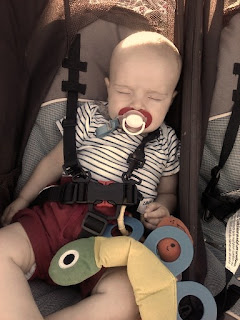 Will feed's daddy kettle corn while Sam takes a little snooze
We tried to get a family picture... 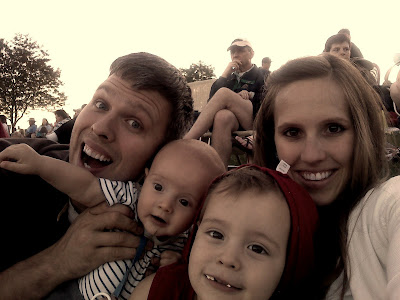 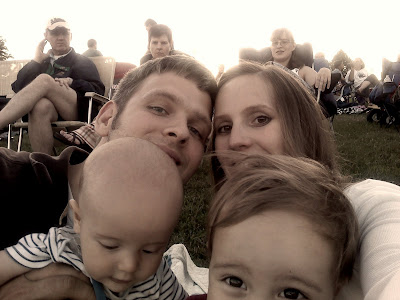 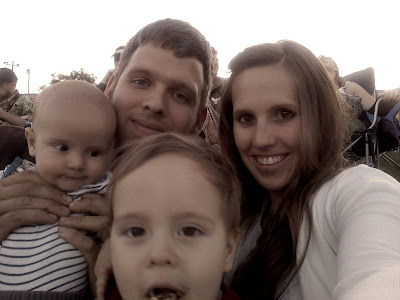 But didn't quite succeed.

At 9:40 the lights were turned off. The National Anthem played, and the fireworks began! We were pretty close to where they were shooting them off, so they were pretty darn loud. Will wasn't to sure about them. He snuggled up close to daddy, who covered his ears for him, and held his blanket tight. I had Sam in the wrap and he was completely mesmerized. I had to sit sideways so he could see them without completely straining his neck, and it was a struggle keeping his ears covered. He loved it! I remember Will's first time seeing fireworks, and he was more into the glow of peoples phones then he was the fireworks; It didn't faze him at all!

I hope you all had a wonderful holiday! 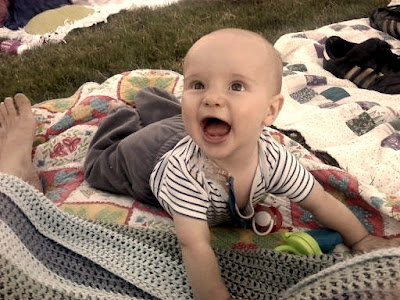