Sam is 6 months old today. I can't believe it's been half a year already! He's a tiny little thing (compared to his brother, at least!) weighing 14lbs. 3oz. He is just about 50% for both height and weight though, so no worries. 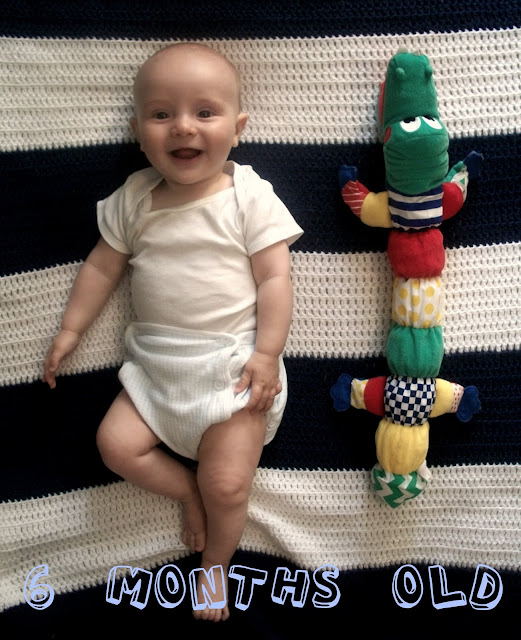 He loves to play with his feet, blow raspberries, play patty cake, and he has become such a mama's boy too! I love how he reaches for me when I come near, and grabs my face when I hold him. Although I could do without the crying every time I leave the room! 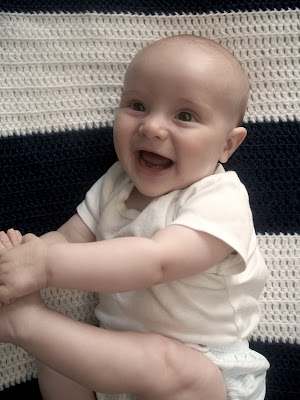 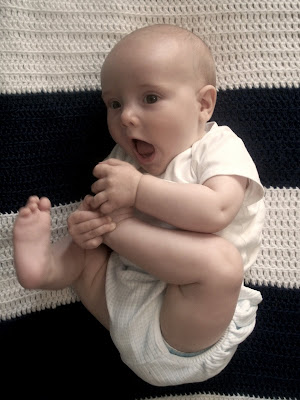 He is starting to pivot around when laying on his tummy, and comes real close to rolling from his back to tummy. I remember being so anxious wanting Will to accomplish his next milestone. I am so much more relaxed this time around, and it's so much fun to take in every little progression Sam is making. 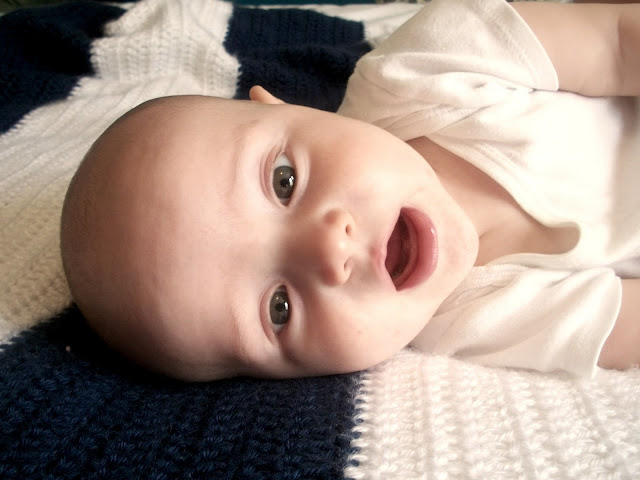 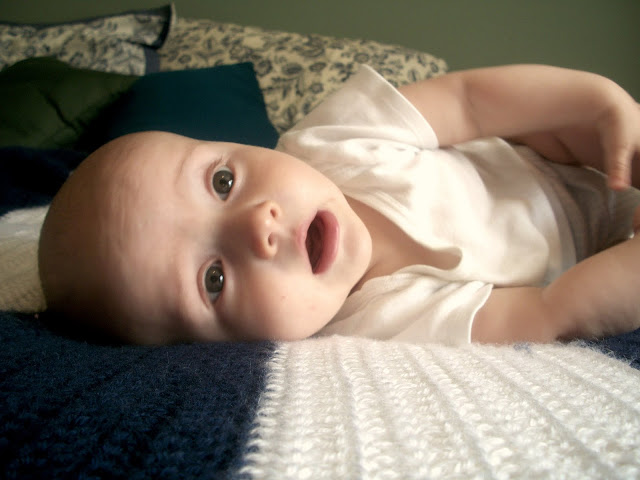 He started eating solid foods 2 weeks ago now. He kept grabbing my spoon and shoving in in his mouth while I was eating, and was enjoying it. I figured it was time! We've only been doing one meal a day for now. With Will I totally fed him way too often to start out with (again, anxious), and he had a tough time when it came time to pushing it out. Poor guy didn't know what was going on; He actually seemed like he was scared! One of the many things that warrants an "I'm sorry, but this is my first time doing this" apology. So far Sam has had banana's, avacado, egg yolk and sweet potatoes. Sometimes I will add in some flax or coconut oil for some added (good) fatty nutrition. He loves it!

No signs of any teeth yet, but he is chewing on everything, and drooling up a storm! 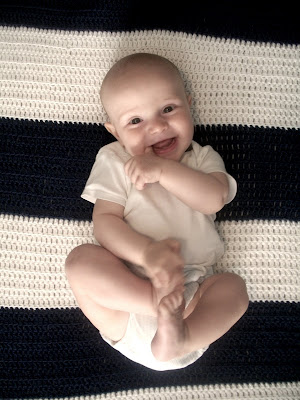 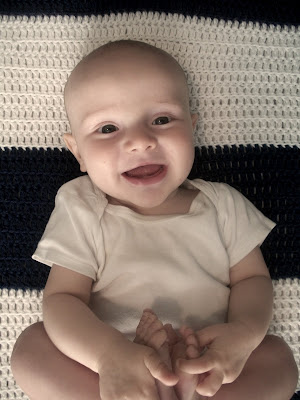 Sleeping is going much better! No more sleeping in the swing. Instead he's in his bassinet in our room for naps (where it's quieter for when Will's awake and playing hockey or jumping off the couch), and then in his crib in the same room as Will for nighttime.

I still get up with Sam 2-3 times a night, and usually around 5:30am I'll bring him in bed with me. Most mornings he'll continue to sleep when I get up with Will, and I'm telling you it's the most adorable thing ever when he wakes up all happy and snuggly in my bed. It gets me every time! 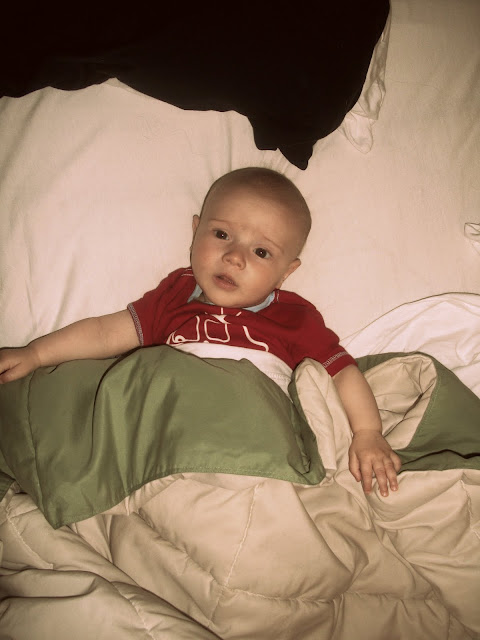