I can't believe this is already the last 12 months of Henry post! Henry turned one last week, and he is so much fun. He is army crawling everywhere, and is finally starting to stand. He's a bit behind on the whole walking thing. We think he might have something called joint hyper-mobility in his hip joints (basically it means he's super flexible in his hips, and low muscle tone can come with it too), which can delay walking. It's also genetic and his cousin has it. I did bring it up to his doctor, but he said it's hard to really tell when they are so young. He said there is nothing we would do differently at this point anyways, but to keep encouraging him to stand.

Henry got three new top teeth all at once last week, is working on the fourth, along with two more on the bottom. Ouch! He had a few rough days, but overall has been his same smiley self.

He LOVES to play with his big brothers, especially (big) Legos! He loves peek a boo and clapping his hands.

He has consistently been sleeping through the night for a couple of weeks now, and is an awesome, very flexible napper. You kind of have to be when you have three older and active siblings!

He weighed 19 lbs, and was 28.75 inches long at his appointment last week which puts him at 15% on the growth chart. It's the highest he's ever been, aside from his birth weight, so we are very happy about that!

Overall he is a very chill, easy going baby. Although, he can definitely be loud and crazy when he needs to be.

Here is Henry at 12 months old! 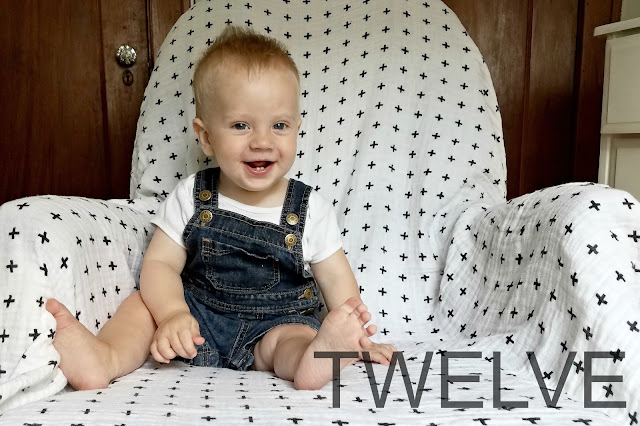 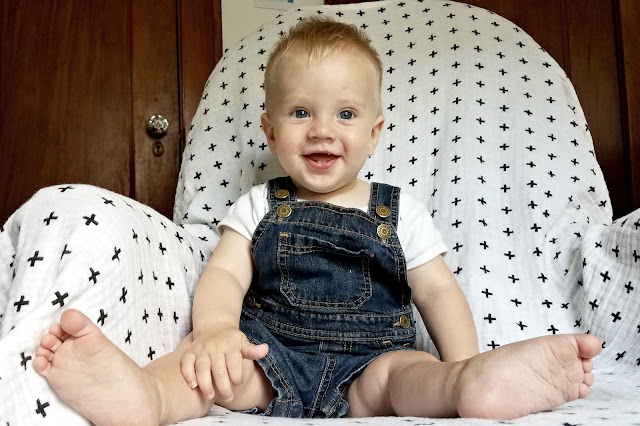 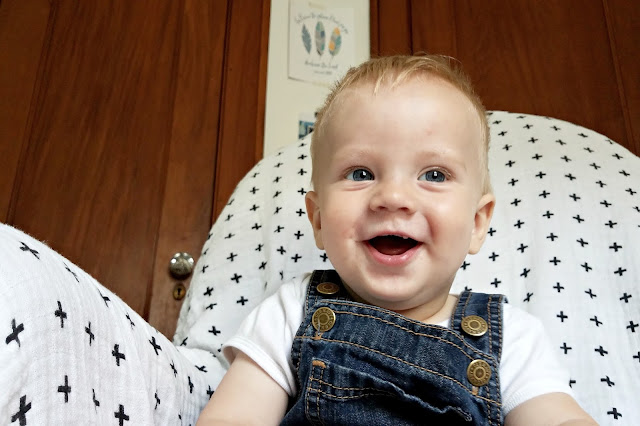 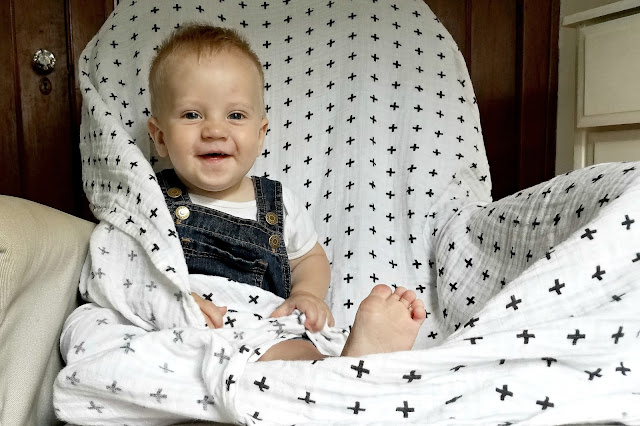 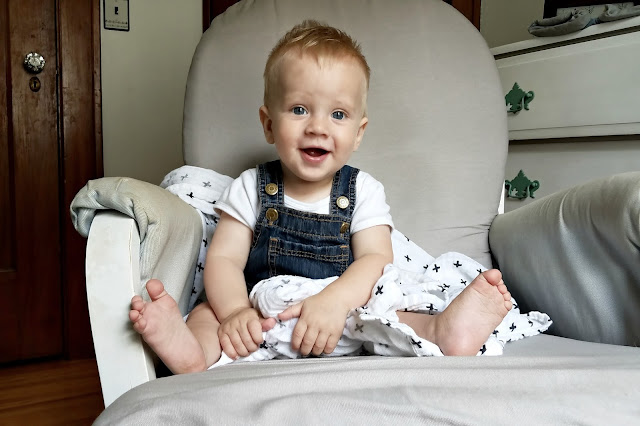 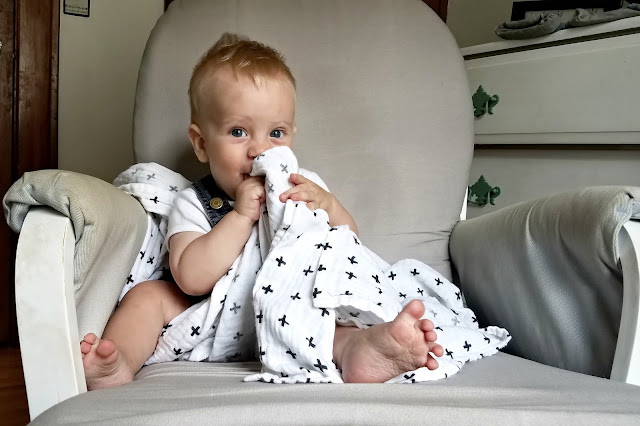 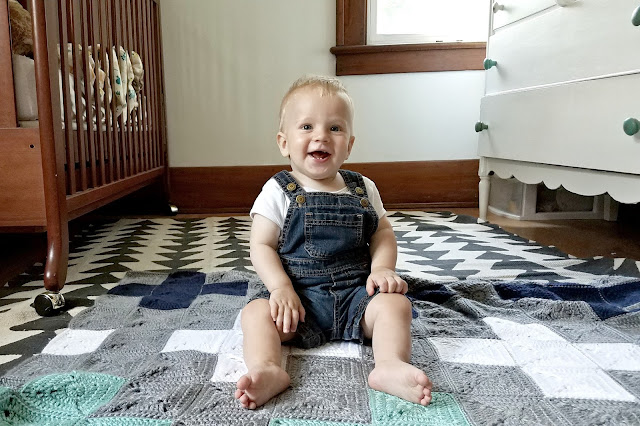 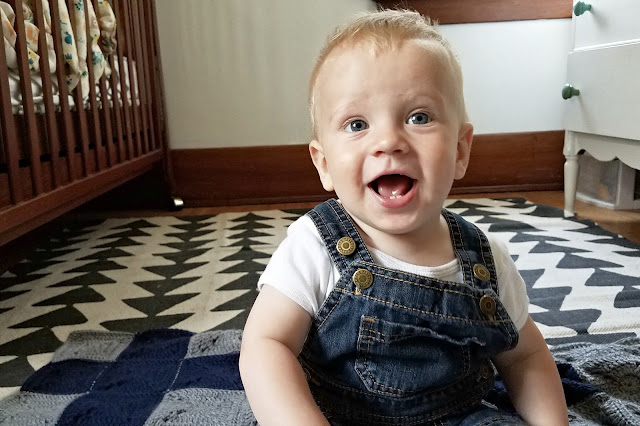 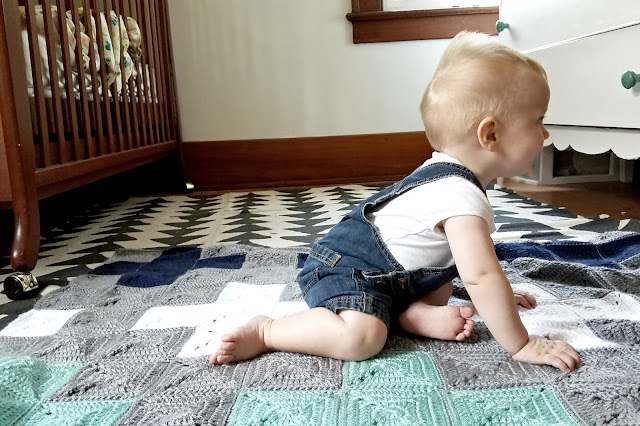 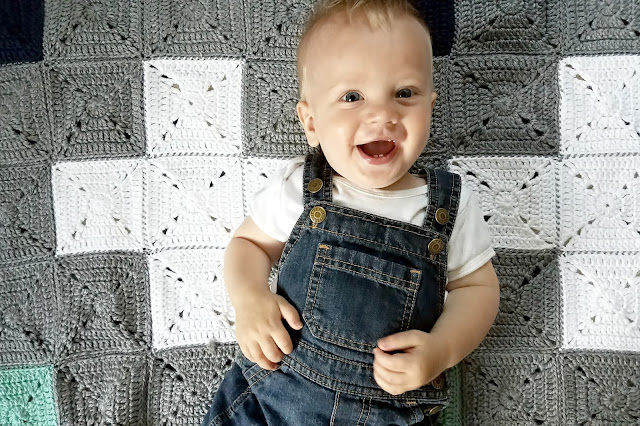 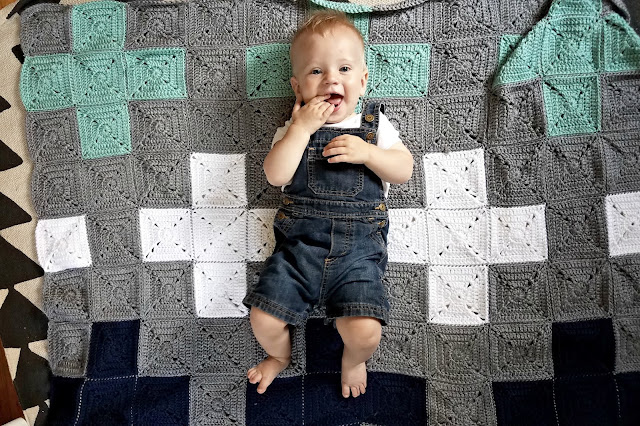