Henry is 8 months old! He's still a little sweetie pie, and gets cuter every day! He's getting closer to being able to sit on his own, and will pivot around in circles on his tummy. He just had his first two teeth pop up, and you'd never even known he was teething. He is sleeping pretty well. He usually gets up only once during the night, but last week he slept 12 hours straight through the night for the first time!

My DSLR camera is still broken, so I had to resort to cell phone pictures this time. But, alas, here is Henry, albeit a bit blurry, at 8 months old! 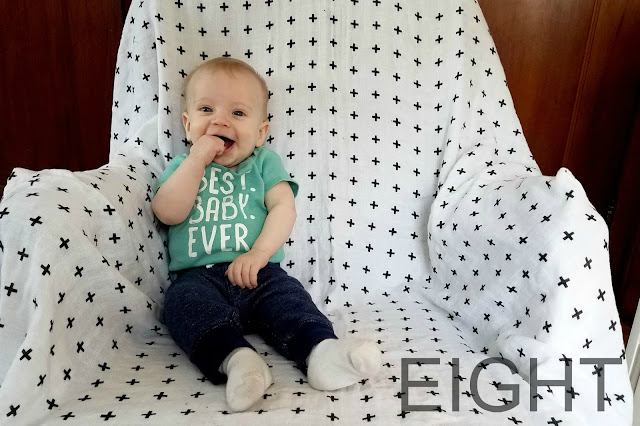 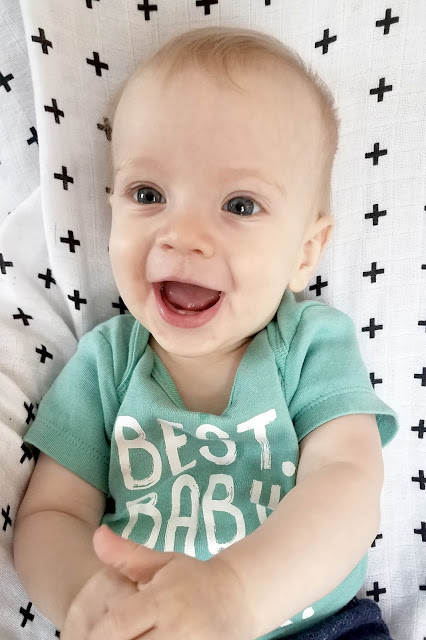 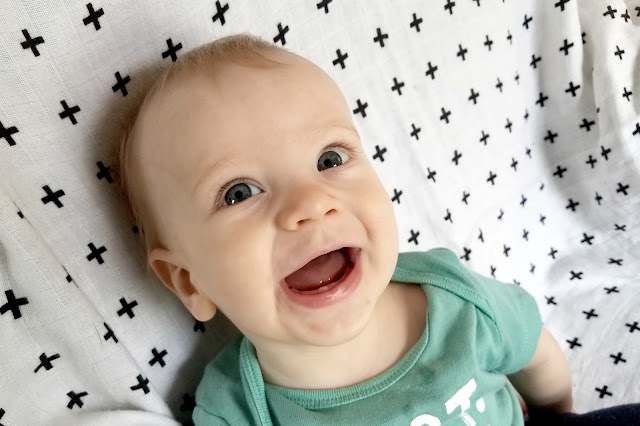 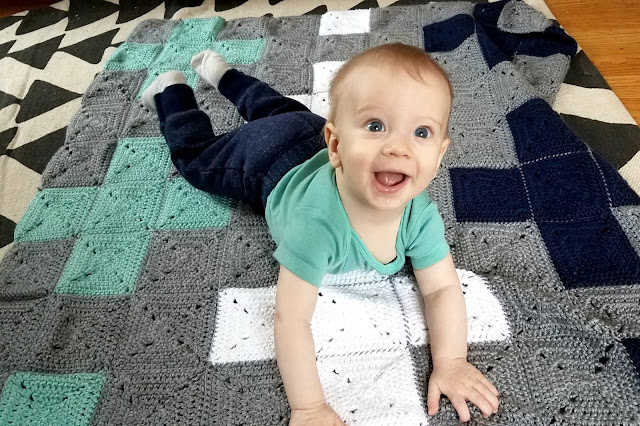 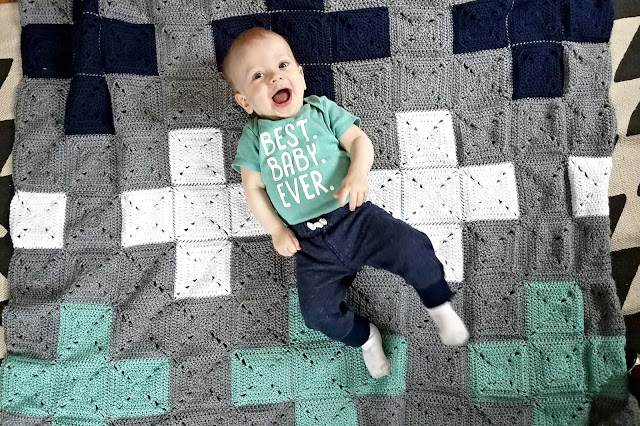 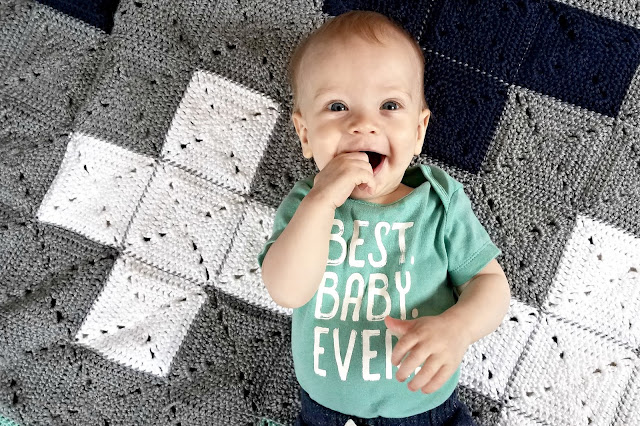